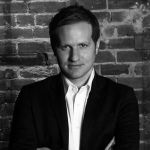 Michael C. Moynihan is a contributing editor at Reason. He was previously a senior editor, and is currently National Correspondent for Vice News.

Before joining Reason, Moynihan was a resident fellow at the Swedish policy institute Timbro and edited the English-language Stockholm Spectator.

Moynihan is a graduate of the University of Massachusetts, Amherst where he received a B.A. in history.

Mein Kampf, E-Readers, and the Power of Nazi Propaganda

Video: Michael Moynihan on the Politics of Travel Guides

Michael Moynihan on the Politics of Travel Guides

Video: Pushing Back Against Teachers Unions

The Case Against College Entitlements with Rep. Paul Ryan and Author Charles Murray

Tranströmer, More Than Meets the Eye

Why Obama should have ignored the conspiracy theorists

Cable Windbag Returns (To Channel No One Watches)

You'll Never Guess Whose Side Hugo Is On

War on Four Loko Over; Battle of the Blast Begins

A Whole Foods Fight in Boston

Grad students and hipsters protest the organic market, but many Latino residents are happy about the new shopping option and the jobs.

The idiotic reaction to a lunatic cult leader

The War in Libya and the 'Arab Spring'

Undertrained and Underfunded: Our Allies in Libya

The Defection of Moussa Koussa

America and the Tea Party: The End of an Affair

The Unasked Question in Libya: Where Are the "Reformed" Members of LIFG?

Rieff on Liberal Interventionists, Buchanan on the Ladies of War, Dreyfuss on the Colonel Making "Good Points"

The Right to Not Be Offended

U.N.: "Any Means Necessary" on Libya

Saif al-Islam: All Over in 24 Hours

Alan Gross, "Destroyer of the Revolution"

Peter King Is Not Sorry

Don't Mention the War (in Libya)

The End of a Libyan Crime Family

They might hold out temporarily, but it's over for the Qaddafi clan.

The Trial Was a Pig-Circus, He Never Had a Chance

How Expensive Is Whole Foods?

Reason.tv—Gay Wars: What We Saw at CPAC

Harvard Study: Maybe Everyone Shouldn't Be Going to College