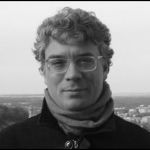 Michael Young is a contributing editor at Reason. He is a senior editor at the Carnegie Middle East Center in Beirut and editor of Diwan, Carnegie’s Middle East blog.

Previously, he was opinion editor, as well as a columnist, for the Daily Star newspaper in Lebanon. He writes a biweekly commentary for the National (Abu Dhabi) and is author of The Ghosts of Martyrs Square: An Eyewitness Account of Lebanon's Life Struggle. The book was selected by the Wall Street Journal as one of its ten notable books of 2010, and won the Silver Prize in the Washington Institute for Near East Policy's book prize competition of 2010.

His work has appeared in The New York Times, The New York Times Magazine, The Wall Street Journal, Slate, the International Herald Tribune, Los Angeles Times and numerous other publications. Young regularly discusses the Middle East on a variety of radio and television networks, including CNN, Fox News Channel, the BBC, NPR, Radio Netherlands International, the Voice of America, and Radio France International.

He is a graduate of the American University of Beirut and of the Johns Hopkins School of Advanced International Studies. 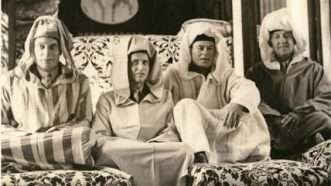 The late author picked his battles well to the end

The War in Libya and the 'Arab Spring'

Rough Ride in the Middle East

What is America's role in the Arab civil war?

Their Audacity to Hope

The God that Failed

Is ElBaradei playing us for suckers?

Obama: It's All About Me, Me, Meeeee

A fall victory for Barack, or just a fall?

America shouldn't give a damn about the Iraqis

No miracles in Cana

What's with the lovefest for Hezbollah?

The Bush administration is no longer influenced by neocons. Instead, it's governing the way its predecessors have.

Is talk of a U.S.-Iranian dialogue realistic?

Did Ali Reza Asgari's disappearance have anything to do with the NIE's conclusions?

As intellectuals surrender, the military thinks on.

An interview with author and journalist Yaroslav Trofimov, on his latest book describing the 1979 takeover of the Grand Mosque in Mecca

The General in Our Labyrinth

David Petraeus and grandiose failure in the Middle East

Why Princess Diana just won't leave us be.

The Saudis are getting mad

The West is back to engaging lucrative dictators

By containing Iran, the U.S. remains in Iraq.

Prepare for "Plan C" and hand Washington an "F"

Why do Arab thugs always get away with murder?

Say it ain't so, Dominique

The Enemy of My Enemy

Gaza shows that Islamists are as pragmatic as any of us

Worth saving, or the hell with it?

The Best of Enemies?

Karim Sadjadpour of the Carnegie Endowment looks at the future of Iranian-American relations, Iran's vulnerabilities, and whether we might one day see liberals ruling in Tehran.

America should press Damascus to let go of Lebanon.

A Man of Sharp Angles and Firm Truths

What a satirical weekly can tell us about France's elections.

By Way of Defection