Previously, Balko was a policy analyst for the Cato Institute specializing in civil liberties issues, where he published a paper on alcohol policy and a groundbreaking study on paramilitary police raids.

He has been published in The Wall Street Journal, Playboy, Time, The Washington Post, Los Angeles Times, Slate, Forbes, ESPN, the National Post, Worth and numerous other publications. Balko has also appeared on the BBC, CNN, CNBC, Fox News Channel, MSNBC and NPR. From 2002 until 2009 he was a columnist for FoxNews.com.

Balko's work on paramilitary raids and the overuse of SWAT teams was featured by John Tierney in The New York Times, has been praised by outlets ranging from Human Events to the Daily Kos, and was cited by Supreme Court Justice Stephen Breyer's dissent in the case Hudson v. Michigan.

Balko is also credited with bringing national attention to the case of Cory Maye, a black man who prior to Balko's work was on death row in Mississippi for shooting and killing a white police officer during a raid on Maye's home. Balko's Reason feature on Maye was also cited in an opinion by the Mississippi State Supreme Court. National Journal also profiled Balko's coverage of the case. Balko's November 2007 investigative report on Mississippi medical examiner Steven Hayne and his May 2008 report on the wrongful prosecution of the Colomb family in Louisiana each won second place in the investigative reporting category at the Los Angeles Press Club awards. His April 2009 feature on fraudulent forensic evidence in the Louisiana murder trial of Jimmie Duncan won the Western Publications Association "Maggie" award for best news story.

Balko publishes the personal blog, TheAgitator.com. He graduated from Indiana University in 1997 with a degree in journalism and political science. 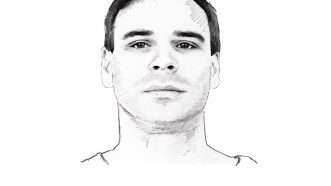 This Man Is on Death Row for Killing a 6-Month-Old. But What If We're Wrong About Shaken Baby Syndrome? 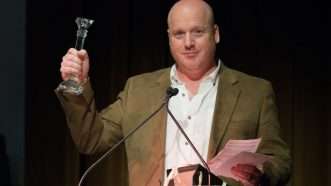 The Seen and the Catastrophic Unseen in Our Criminal Justice System

A rogue's gallery of misbehaving prosecutors, plus three worth praising

Did incarceration reduce the crime rate, or did it get in the way?

How many innocent Americans are behind bars?

The Office of the Solicitor General has traditionally defended the government. But should it?

If It Isn't Subsidized, It Shall Be Prohibited

Cops Mistakenly Confront a Judge, Her Family at Gunpoint

Activists for the Poor vs. the Poor

The "War on Cops" That Isn't

Despite what you may have read, it's safer to be a police officer today than it has been in 35 years.

Guy Gets SWAT Team-ed for Not Securing His Wireless Network

Immigrants: They're the New Sex Offenders

In Other Words, Just About Everyone

Obama: Worse Than Bush on Bullshit Gambling Moralizing, Too

How the Innocent Get Convicted

Stewart Rhodes on his controversial group the Oath Keepers and the orders they won't obey.

Briefly Noted: A History of Paternalism

Scalia and the Innocent

The Institute for Justice Takes Aim at Georgia Forfeiture Abuses