Cassell received a B.A. (1981) and a J.D. (1984) from Stanford University, where he graduated Order of the Coif and was President of the Stanford Law Review. He clerked for then-Judge Antonin Scalia when Scalia was on the U.S. Court of Appeals for the D.C. Circuit (1984-85) and for Chief Justice Warren Burger of the United States Supreme Court (1985-86). Cassell then served as an Associate Deputy Attorney General with the U.S. Justice Department (1986-88) and as an Assistant U.S. Attorney for the Eastern District of Virginia (1988 to 1991). Cassell joined the faculty at the College of Law in 1992, where he taught full time until he was sworn in as a U.S. District Court Judge for the District of Utah in July, 2002. In November 2007, he resigned his judgeship to return full time to the College of Law to teach, write, and litigate on issues relating to crime victims’ rights and criminal justice reform.

Professor Cassell teaches criminal procedure, crime victims’ rights, criminal law, and related classes.  He has also pubished numerous law review articles on criminal justice issues in journals such as the Stanford Law Review, the Michigan Law Review, the Harvard Journal of Law and Public Policy, the Journal of Criminal Law and Criminology.  He is a co-author of the nation’s only law school textbook on crime victims’ rights, Victims in Criminal Procedure (various editions, most recently in its fourth edition published in 2018.

The D.C. Circuit Will Rehear the Flynn Case En Banc

Look for the full appellate court to send the case back to the trial court - which is where it belongs.

What Explains Why Homicides Are Increasing Significantly Across the Country Since Late May?

A "Minneapolis effect" from lack of policing is a possible explanation for the startling 37% increase in murders in major cities in recent weeks.

Are Minneapolis Crime Increases Evidence of a "Ferguson Effect"?

A 2-1 ruling concludes that the district court cannot even hold a hearing on the subject.

How Should Judge Sullivan Determine if the Government's Motion to Dismiss the Michael Flynn Case is Appropriate?

This "victimless" crime is a curious one for close judicial scrutiny of a Government motion to dismiss--closer scrutiny should be reserved for cases in which crime victims have a clear interest.

An appeal by the team stands a very good chance of success, as many disputed facts need to be assesed by a jury--including admissions of unequal pay made by U.S. Soccer.

The Eleventh Circuit Concludes That Jeffrey Epstein's Florida Victims Had No Rights Under the Crime Victims' Rights Act.

While calling the secret non-prosecution agreement of Epstein a "national disgrace," the Eleventh Circuit holds that the CVRA only extends victims' rights after an indictment. We will ask for rehearing en banc. 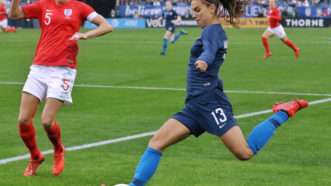 The President of U.S. Soccer resigns last night--in no small part because of bad lawyering.

Bail Reform in Chicago Appears to Have Increased Crime

A reanalysis of data from the Cook County courts suggests that as more defendants were released before trial, more crimes resulted

The Court acknowledges that crime victims and their families have important interests in the timely enforcement of capital sentences -- and encourages lower courts to prevent "dilatory" tactics.

Today a federal judge held that federal prosecutors concealed from the victims the non-prosecution agreement with Jeffrey Epstein -- in violation of the Crime Victims Rights Act. Now the issue is what remedy exists.

The Amy, Vicky, and Andy Act Is Signed Into Law

The new law will help victims of child pornography crimes receive full restitution from convicted defendants who have harmed them.

In a case I'm working on, Jeffrey Epstein's victims hope to set aside a non-prosecution agreement based on violations of their rights under the Crime Victims' Rights Act.

Dual Sovereign Doctrine Under Attack in the Supreme Court

Strong originalist arguments exist for overruling the dual sovereign doctrine in a case being argued before the Supreme Court today.

How Mandatory Minimum Reform Will Work with "Stacked" Charges

My case involving Weldon Angelos illustrates the problem with "stacking" federal mandatory minimum gun charges from a single episode. The statute will apparently soon be amended to become a true recidivism statute.

Is a Categorical Denial of Bail for Accused Sex Offenders Constitutional?

My co-authored amicus brief urges the Supreme Court to review the issue of whether Arizona can deny bail to accused sex offenders where "proof" of sexual assault "is evident or the presumption great."

How often are innocent persons convicted?

In a new law review article, I try to provide a realistic estimate of the rate. I come up with tentative range of somewhere between 0.016% and 0.062% -- well below the figure of 1% to 4% that is often cited as the conventional wisdom.

Is Membership in a Conservation Organization Proof of Criminal Intent to Harm Cattle?

Prosecutors in southern Utah have argued that they can prove that the closing of a corral gate was the crime of attempted wanton destruction of livestock by pointing to a defendant's membership in a conservation organization. Today I argue to the Utah Court of Appeals that it should review the First Amendment implications of the prosecutors' maneuver.

The Attorney General approvingly discussed my article linking the dramatic decline in street stops in Chicago under an ACLU agreement and the subsequent homicide spike. While Professor John Rappaport has a different take on this "ACLU Effect," his unsupported analysis does not fit the data.

Some additional thoughts about how a 2015 ACLU consent decree with the Chicago Police Department contributed to the 2016 homicide spike--responding to tweets from Professor John Pfaff and to comments from the ACLU.

After an ACLU consent decree with the Chicago Police Department dramatically reduced the number of stop and frisks, homicides significantly increased as a result.

In Supporting the Gymnastics Victims, Judge Aquilina Got It Right

That the judge supported the gymnastic victims in being heard should be a cause for celebration, not concern--and ample caselaw makes clear that it was entirely within the boundaries of proper judicial behavior.

Is Berkeley really looking for the protesters who shut down Yiannopoulos?

Did Yiannopoulos secretly send more than 100 thugs to Berkeley to break up his own speech?

Do crime victims have an interest in avoiding unreasonable delay in criminal appeals?

Sen. Jeff Sessions is a good pick for crime victims

Should race-based income projections be banned from the courts?

Does the Obama administration have law enforcement's back?

What sentence should the former Stanford swimmer have gotten?

Bill Otis Responds to George Will on the Death Penalty

Bill Otis on 'George Will, missing the mark on overcriminalization'

The overlooked audiotape of the Michael Brown shooting

Who prosecutes the police? Perceptions of bias in police misconduct investigations and a possible remedy

Should Michael Brown's stepfather be charged with inciting a riot? What about the rioters?