Jonathan H. Adler is the Johan Verheij Memorial Professor of Law and Director of the Colman Burke Center for Environmental Law at the Case Western Reserve University School of Law.

Professor Adler is the author or editor of eight books, including Marijuana Federalism: Uncle Sam and Mary Jane (Brookings, 2020), Business and the Roberts Court (Oxford University Press, 2016) and Rebuilding the Ark: New Perspectives on Endangered Species Act Reform (AEI Press, 2011), and over a dozen book chapters. His articles have appeared in publications ranging from the Harvard Environmental Law Review and Yale Journal on Regulation to The Wall Street Journal and USA Today. He has testified before Congress a dozen times, and his work has been cited in the U.S. Supreme Court. A 2016 study identified Professor Adler as the most cited legal academic in administrative and environmental law under age 50.

Professor Adler is a contributing editor to National Review Online and a regular contributor to the popular legal blog, "The Volokh Conspiracy." A regular commentator on constitutional and regulatory issues, he has appeared on numerous radio and television programs, ranging from the PBS "Newshour with Jim Lehrer" and NPR's "Talk of the Nation" to the Fox News Channel, MSNBC, and "Entertainment Tonight."

In 2004, Adler received the Paul M. Bator Award, given annually by the Federalist Society for Law and Policy Studies to an academic under 40 for excellence in teaching, scholarship, and commitment to students. In 2007, the Case Western Reserve University Law Alumni Association awarded Adler their annual "Distinguished Teacher Award."

An all-too-rare sanctions order from a federal court.

An examination of how reconceiving animal rights might aid wildlife conservation

The election systems company is taking its fight to the conspiratorial My Pillow CEO.

Justice Thomas dissented from denial of certiorari by himself to urge a revamp of Takings Clause jurisprudence.

Can a Former President Be Prosecuted for Conduct for which He Was Impeached but not Convicted?

With Justice Barrett joining Justice Kagan, does Dunn v. Smith represent a shift on the Court?

The plaintiffs in Juliana v. United States may now file a petition for certiorari. They should be careful what they wish for.

The Department of Justice is now willing to defend the constitutionality of the Affordable Care Act and the severability of the penalty-less mandate.

Either these police really love playing Sublime at the office, or they came up with a creative way to discourage video streaming of police conduct.

There Is No Need for Another PATRIOT Act

How Did Impeachments Become So Partisan?

Alas, the precedent for partisan votes on impeachment was set before Donald Trump.

The newest justice makes her debut in a brief concurrence on the shadow docket.

The Risks to the ACA of a Standing Decision in California v. Texas Are Overstated (Updated)

If the Supreme Court opts to dismiss the latest challenge to the Affordable Care Act on standing grounds, this will not leave the ACA particularly vulnerable to future challenge.

The Biden White House follow the lead of the Bush (43) and Trump Administrations, in not allowing the ABA to evaluate potential nominees prior to their nomination.

A powerful appeal from one of the Missouri Senator's former colleagues.

Will Democrats Learn to Love the Congressional Review Act?

The CRA may offer Democrats a quick and easy way to repeal Trump Administration regulations, if they are willing to use it.

"A Dream Job for the Sort of Lawyer for Whom This Is a Dream Job."

Threats of defamation suits have prompted corrective statements on Fox and Newsmax, but My Pillow CEO wants to fight.

The precedents are clear, and Senate could bar Trump from holding future office.

The sad passing of a brilliant mind.

Will Lisa Murkowski Be the Jim Jeffords of 2021?

The last time the Senate split 50-50, the even balance did not last long. 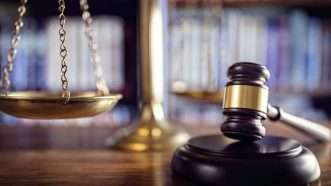 Yes, Congress May Impeach and Remove President Trump for Inciting Lawless Behavior at the Capitol

A response to Joshua Blackman and Seth Tillman

Will the Democrats Truly Have Control of the 50-50 Senate?

Will There Be Seditious Conspiracy Charges Against Those Who Stormed the Capitol?

Acting AG Rosen has put seditious conspiracy charges on the table before. Will he now?

What Is Seditious Conspiracy?

The relevant provision of the U.S. Code seems oddly relevant.

President Biden made the right pick to lead the Department of Justice. Progressives will still have their say over much of Department policy.

"All Pence Can Do Is Count"

No, the vice president does not have the power to reject validly appointed electors.

Will President Biden Have Greater Control Over Independent Agencies than His Predecessors?

President Trump's use of the pardon power confirms Anti-Federalist fears more than did his predecessors'.

Defamation Lawsuits May Leash the Kraken

The first defamation lawsuit against the Trump campaign and its allies has been filed. More seem likely.

Mother Has Son Tested for Covid-19, Gets Threatened with Contempt of Court

The Attorney General says "No" to the President on his way out the door, leaving Jeff Rosen in charge of DOJ.

On delegation, time, and congressional capacity.

Standing Athwart Apocalyptic Visions Is Useful but Not Enough

"Taking Carbon to Court"—Massachusetts v. EPA and The Rule of Five

A review of Richard Lazarus' chronicle of the Massachusetts v. EPA litigation in The New Atlantis.

"Tear Down This Judicial Paywall"

The federal judiciary should not be charging for access to public court records.

Supreme Court Rejects Another Texas Suit under Its Original Jurisdiction, This Time about Water

Another Court Loss for Trump Campaign in Wisconsin

The Supreme Court, 7-2, voted to deny Texas AG Paxton's motion for leave to file its election complaint. Justices Alito and Thomas would grant Motion for Leave, but provide no other relief.

If you thought the briefing in Texas v. Pennsylvania could not get worse, you are in for a surprise.

The four defendant states in Texas v. Pennsylvania file their briefs in opposition.