Orin S. Kerr is a Professor at the University of California, Berkeley School of Law.  His Twitter handle is @OrinKerr.

Kerr specializes in criminal procedure and computer crime law, and he has also taught courses in criminal law, evidence, and professional responsibility. He has written more than 60 law review articles, over 40 of which have been cited in judicial opinions (including seven articles that have been cited in U.S. Supreme Court opinions). His scholarship also has been cited by more than 3,000 academic articles. In addition to writing law review articles, Kerr has authored popular casebooks, co-authored the leading criminal procedure treatise, and published countless blog posts at popular blogs such as the Volokh Conspiracy and Lawfare.

Kerr has briefed and argued cases in the United States Supreme Court and three federal circuits. He has testified six times before Congressional committees. In 2013, Chief Justice Roberts appointed Kerr to serve on the Advisory Committee for the Federal Rules of Criminal Procedure. In 2015, the Chief Justice again appointed him to serve on the Judicial Conference’s committee to review the Criminal Justice Act.

Kerr graduated from Princeton University and received a master’s degree in mechanical engineering from Stanford University. He earned his law degree from Harvard University, where he was executive editor of the Harvard Journal of Law and Public Policy. After law school, he clerked for Judge Leonard I. Garth of the U.S. Court of Appeals for the Third Circuit and Justice Anthony M. Kennedy of the United States Supreme Court. He then served as a Special Assistant U.S. Attorney in the Eastern District of Virginia and as a trial attorney in the Computer Crime and Intellectual Property Section at the U.S. Department of Justice.

Can a State Police Officer Search a Car Based on Probable Cause of a Federal Marijuana Crime?

A fun case about cross-enforcement of the Fourth Amendment now before the Ninth Circuit.

The Role of Originalism in Torres v. Madrid

Some preliminary thoughts on a fascinating case.

What John Marshall, Aaron Burr, and some of the best lawyers of the founding era can teach us about the Fifth Amendment and compelled decryption.

Maybe the Status Quo Isn't So Bad? Thoughts on Two Proposals about Law Review Reform from the AALS

Sorting at scale is always going to be hard.

Impeachment for Corrupt Schemes: A Response to Josh Blackman

I couldn't disagree more with my friend Josh Blackman. Here's why.

What is "individualized" suspicion?

Legal aspects of the GEDmatch warrant

If a DNA site tries to let the public in but keep the police out, can the police override that with a warrant?

Impressions from the oral argument in Kansas v. Glover

On reasonable suspicion and how to calculate it.

Reasonable Suspicion From Driver to Car: A Few Thoughts on Kansas v. Glover

Some interesting issues raised by the only Fourth Amendment case currently on the Supreme Court's docket.

Can States Eliminate the Insanity Defense?

A fascinating and important criminal law case to be argued next week on the first day of the new Supreme Court Term. 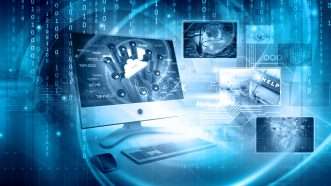 An important Fourth Amendment issue that may be headed to the U.S. Supreme Court.

How to Read a Legal Opinion—The Article, and Now the Podcast

Something for incoming 1Ls, and for others interested in studying law.

A tale of two new cases on your constitutional rights when you leave your backpack with your drugs in someone else's car.

Malcolm Gladwell Took the LSAT. But What Did We Learn?

The Supreme Court deals with the unconscious driver.

A symposium piece on the event of the Justice's retirement.

Comparing Law Professors With Doctorates to Those Without Doctorates

Someone needs to do a study on this.

Why I'm Lukewarm on the ALI's "Principles of the Law: Policing"

Thoughts on a debate that will be held at the ALI Annual Meeting.

Chalking Tires and the Fourth Amendment

A markedly interesting case from the Sixth Circuit.

Final Version, "Compelled Decryption and the Privilege Against Self-Incrimination"

Now out in the Texas Law Review. 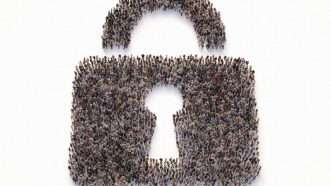 Courts have been struggling with this issue for years, and now the law is even more divided than before.

I blogged about this case last year, and now I've filed a cert petition in the case.

A new ruling, and some (mostly critical) thoughts.

Why I think there is standing: Think property, not privacy.

From my forthcoming book, The Digital Fourth Amendment.

The once-great group law blog is ending its run.

Fresh off the law review presses.

Installing GPS Devices, Getting Warrants, and the Exclusionary Rule

An interesting new decision from the Fourth Circuit -- although I'm not sure it's right.

The need for independence.

How Young is Too Young to Be a Federal Court of Appeals Judge?

Amicus Brief on Burdens of Proof for Compelled Decryption

The burden of proof matters, and it's an issue of first impression in appellate courts.

New Draft Article: "Compelled Decryption and the Privilege Against Self-Incrimination"

I've blogged on these issues, and here's an article on them.

Opening a File After A Hash Was Made and Matched to Known Image of Child Pornography is Not a "Search," Fifth Circuit Rules

An important ruling in the wake of Carpenter v. United States.

How to Read a Legal Opinion

A guide for new law students -- and others.

Taking the Bar Exam as a 46-Year-Old Law Professor

I hope I don't have to do that again.

Explaining the First Citation in Every Supreme Court Slip Opinion

When Does a Carpenter Search Start – and When Does It Stop?

I don't have answers, but I have a lot of questions.

A ruling under the state constitution, but still really interesting.

Does Carpenter Revolutionize the Law of Subpoenas?

A big case. Here's an ongoing Q&A, which I will add to through the day.

"Google Translate" and the Law of Consent Searches

Coming to a law review near you.

A few thoughts for the appellate bar.