Operation Cross Country, the FBI's annual vice squad bonanza disguised as a human-trafficking rescue mission, is back. This year's operation was conducted throughout the first two weeks of August, involving more than 200 federal, state, and local law enforcement agencies across the U.S.

The FBI reports that Operation Cross Country 2022 located 37 missing minors, identified "more than 200 victims," and led to the "identification or arrest" of 85 suspects. But it gives us little information beyond these broad statistics.

An array of videos and press releases about the initiative are long on generalized talk about how horrible human trafficking crimes are and how good it is to help victims—things few people would dispute. But they offer very few details about what this year's Operation Cross Country actually entailed, or about the alleged perpetrators, the charges they face, or those they purportedly victimized.

This lack of concrete information suggests we may be dealing with highly propagandized spin on some—at best—run-of-the-mill work. If there's one thing law enforcement agents are not, it's modest. So if the FBI and its partners had actually arrested a bunch of sex traffickers or busted up some major human trafficking rings, they would surely tell us that in no uncertain terms. 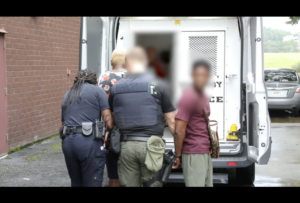 But the FBI press release mentions only three federal cases, none involving sex trafficking or labor trafficking. The cases mentioned include one person failing to register as a sex offender and two "suspects who may have been involved with child sexual abuse material production or enticement violations."

That doesn't rule out further charges forthcoming, of course. But if past Operation Cross Country initiatives are any guide, you probably shouldn't hold your breath.

Reason did a deep dive into Operation Cross Country a few years back, showcasing how the program largely cracked down on sex workers and their customers, along with other people suspected of petty offenses (like drug possession or driving without a license). Though the FBI, Homeland Security, and other federal agencies team up with local and state police, very few people are charged with federal crimes and even fewer with sex trafficking. But by lumping all the arrests together, the FBI generates large numbers and then blasts these out in misleading statements, touting the hundreds of arrests made during its sex trafficking sting. This splashy framing then gets lots of sensationalist media attention, leaving many readers with the impression that hundreds of sex traffickers were thwarted instead of hundreds of adults just trying to engage in consensual sex with other adults. 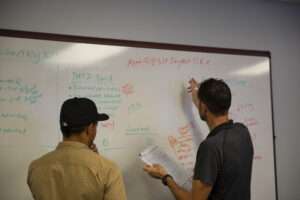 The FBI has sometimes listed the number of prostitution and solicitation arrests made during Operation Cross Country, as well as the number of arrests related to other charges. This year, however, it provided no such information.

Nor does it provide much information about the victims that were allegedly helped.

The FBI's national press office says only that the operation led to "the location" of 141 adult and 84 minor "victims of human trafficking and related crimes." It gives no information on how many were victims of human trafficking versus "related crimes," nor any indication what these related crimes might be—leaving open the possibility that this might include prostitution even if no "trafficker" was involved. (It's not uncommon for law enforcement to refer to prostitution generally as "sex trafficking" or human trafficking," and to label adult sex workers as "victims" of it.) The feds don't even give the average age of the minors found this year, merely telling us that one child—who may have been missing, a runaway, or a victim of sexual exploitation—was 11 years old and that "the average age of victims located in similar operations is approximately 15.5 years old."

Statements from some field offices use even more vague language, stating that minors were either located or just "identified" and that the minors were not necessarily being victimized but merely "identified as high risk for exploitation." Language from some field offices is also more tentative about the victim status of the adults. For instance, FBI Jacksonville said they "identified six adult potential human trafficking victims"—which, again, may simply mean they found and/or arrested six adult sex workers. 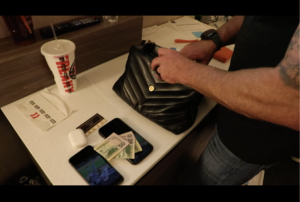 Historically, police partaking in Operation Cross Country—which launched in 2008—have even been known to arrest those described as victims, including minors. Law enforcement seems to be moving away from this, although it's possible the backlash they faced over it has simply made them quieter about it.

Even without arrest, the treatment of those "rescued" can still be suspect. Teenage runaways found selling sex—who counted as sex trafficking victims even if there is no trafficker—may simply be returned to the places they ran away from, with little inquiry. Adults "rescued" may be given nothing more than a bag of toiletries and referrals to local shelters or charities.

Locating runaway children is, of course, a good thing. It is, however, a very different thing than busting up child trafficking rings. Yet everything about the FBI's presentation of Operation Cross Country is designed to give the impression it's doing the latter—and to get good publicity for it. It even provides TV-news-ready video footage for anyone's use.

Texas school district pulls Bible, Diary of Anne Frank from library shelves amid challenges. The Texas school district of Keller has pulled 41 books—including an illustrated version of Anne Frank's diary and the Bible—from its library as it reviews challenges to their inclusion on school shelves. "This includes [books] that were flagged but later approved by a committee to remain in libraries and classrooms," reports The Dallas Morning News:

He said he is unsure of the timeline for when the re-review process will be completed.

Later in the day Tuesday, an email went out to Keller principals and librarians, acknowledging that many people had questions about the decision to remove books.

"Books that meet the new guidelines will be returned to the libraries as soon as it is confirmed they comply with the new policy," associate superintendent John Allison wrote. "We hope to be able to expedite the process and return eligible books into circulation as soon as possible."

The decision comes after Keller's school district was investigated by the Texas Education Agency amid a wave of complaints from conservatives about books involving gender and sexuality. "For months, Keller parents, community members and staff met behind closed doors to review the challenged books and determine whether they should remain in classrooms or libraries. The debate is so heated members of the district's Book Challenge Committees were asked to sign confidentiality agreements," notes the paper. "Keller officials argued that the district kept its book challenge committee deliberations secret in part because of fear of retribution from Gov. Greg Abbott's office."

Is nutrition advice free speech? The public interest law firm Institute for Justice and health coach Heather Kokesch Del Castillo have been fighting over that question in Florida for years after the state came after Del Castillo for giving (paid) nutrition advice without a license. "She argued that the First Amendment protected her right to be paid to give diet advice to willing customers," notes Reason's Scott Shackford:

If she were to write a book providing diet advice, the state could not demand she be licensed as a dietician in Florida in order to sell the book in stores. That would be a clear First Amendment violation. Why would giving advice person-to-person be any different?

The U.S. Court of Appeals for the 11th Circuit did not agree. Now Del Castillo and Institute for Justice are asking the U.S. Supreme Court to intervene.

"This case illustrates that occupational-licensing boards are America's newest censors," said Senior Attorney Paul Sherman in a statement. "In cases across the country, boards charged with regulating everything from engineers to psychologists to dieticians have decided that the power to license an occupation gives them the right to tell ordinary Americans to shut up. It is time for the Supreme Court to make clear that it gives them no such thing."

• Hearing aids can be sold over-the-counter, the Food and Drug Administration (FDA) says.

• Scientists are trying to bring back a tiger that has been extinct for nearly a century.

• A Florida appeals court has ruled that a 16-year-old girl is not mature enough to get a first-trimester abortion.

• Surprising no one except perhaps government regulators, a host of flavored disposable vapes have filled in the market gap left by an FDA crackdown on flavored cartridge-based vaping devices and Juul stopping flavored pod sales (a move that ultimately failed to placate the FDA). A Reuters analysis found that "flavored disposable vaping devices account for one-third of U.S. e-cigarette sales, up from less than 2% three years ago."

• Notoriously anti-Trump Republican Rep. Liz Cheney lost her primary race for Wyoming's sole seat in the U.S. House of Representatives. "Despite solid conservative credentials and name recognition as the daughter of a former vice president, Cheney was opposed by a solid majority of her party due to her criticism" of former President Donald Trump," notes Reason's Joe Lancaster. "Attorney Harriet Hageman will be the party's nominee in November."

• Trump wants to take American elections back to the 1960s, argues Ed Kilgore for Intelligencer.