The populist wave that swept the world in recent years shows signs of crashing. But don't expect good things to take its place.

Faith in illiberal, "populist" strongmen may be declining. But this doesn't correspond with growing respect for liberal democracy.  In countries around the world, support for democracy is waning. And declining faith in democracy was especially potent in the U.S., where the share of people who say democracy is a "bad" system of governance went from 10.5 percent in 2019 to 25.8 percent in 2021.

These findings come from a new mega-study of global attitudes and politics. Looking at survey data from 169 countries, researchers with the University of Cambridge's Centre for the Future of Democracy found public opinion around populist politics has been shifting since the second quarter of 2020. This shift saw populist leaders around the world lose an average of 10 percentage points in popularity between then and the end of 2021. "There is strong evidence that the pandemic has severely blunted the rise of populism," lead study author Robert Foa said.

Populism—"a political approach that strives to appeal to ordinary people who feel that their concerns are disregarded by established elite groups," according to the Oxford English Dictionary—sounds pretty good on the surface. But in practice, it has meant many authoritarian, redistributionist, and nativist ideas, embraced by candidates and parties with disdain for liberal democratic values. In recent years the term populism has been used—not always, but often—almost synonymously with nationalism.

"From [Recep Tayyip] Erdogan and [Jair] Bolsonaro to the 'strong men' of Eastern Europe, the planet has experienced a wave of political populism," said Foa. "Covid-19 may have caused that wave to crest."

That's good news from a classical liberal perspective. But the study portends bad news for these liberal democracies overall. Because it also uncovered evidence that this sort of populism is being replaced by increasing trust in technocratic government.

The idea that experts should make decisions "according to what they think best for the country" rose 8 points in the U.S. and 14 points in the U.S. Meanwhile, in almost every country studied, people grew less likely to agree with the statement that the "will of the people" should be obeyed.

Sadly, it appears too much to ask that trying times lead to a rejection of both authoritarian strongmen and trust-the-experts style faith in mainstream politicians.

Over the course of the pandemic, the approval rating for mainstream politicians has fared much better than for more populist leaders and parties.

The researcher speculated several reasons why populist movements have faltered—not all of them reassuring. One theory is that COVID-19 induced immigration restrictions and trade barriers became a norm, accomplishing one of the professed goals of many populist parties and politicians. 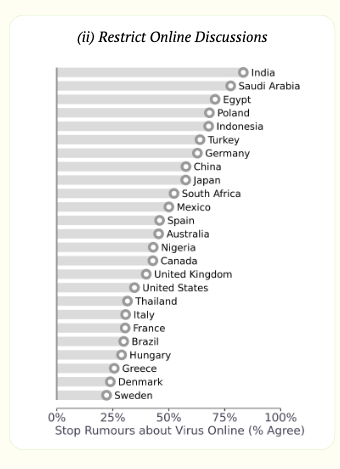 Another scary finding from the study is that the pandemic produced some new avenues for illiberalism to frolic. For instance, large percentages of respondents in a number of countries said certain sorts of online discussions around COVID-19 should be banned. In the U.S., more than 25 percent supported policies to "stop rumors about the virus online."

And, overall, support for liberalism seems to be diminishing. The Cambridge report describes it as a "disturbing erosion of support for core democratic beliefs and principles, including less liberal attitudes with respect to basic civil rights and liberties and weaker preference for democratic government."

Within democracies, support for democracy is at its lowest point in 26 years. 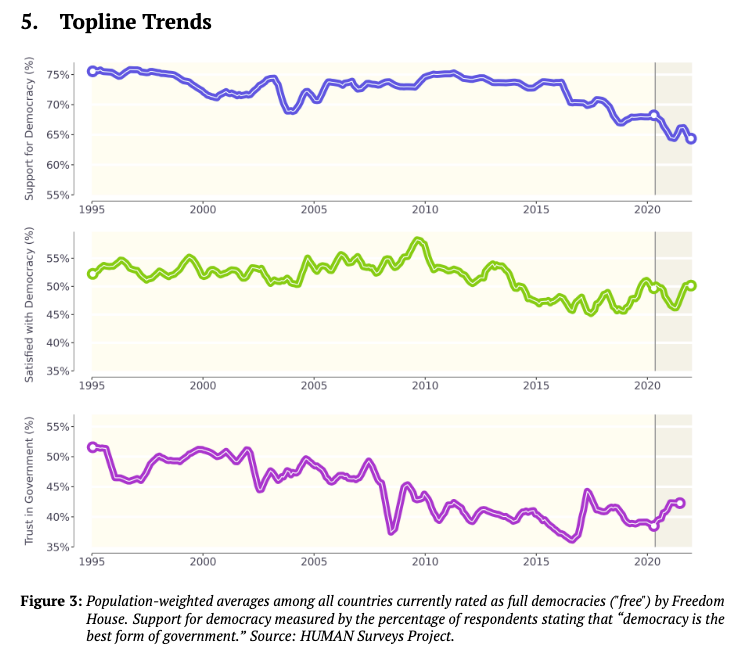 The recent decline has been most marked among young people. "Younger survey respondents are disproportionately responsible for the illiberal value shift—with a much larger change among respondents aged below 35 than those aged 55 and above," notes the Cambridge report:

While the 'values gap' between the age groups was widening very slowly over the two decades prior to the pandemic, since its start in early 2020 those aged 18-35 have been the most likely to switch towards saying that it would be good to have a 'strong leader, who doesn't have to bother with parliament and elections' and that having a 'democratic political system' is a 'bad' way to run the country.

Interestingly, countries other than the U.S. seem to have come together more in COVID times. In most democracies, the proportion of people saying they strongly dislike those who vote for opposing parties and politicians was down. But in the U.S.—where the highest percentage of respondents were likely to say this anyway—the needle has barely moved. 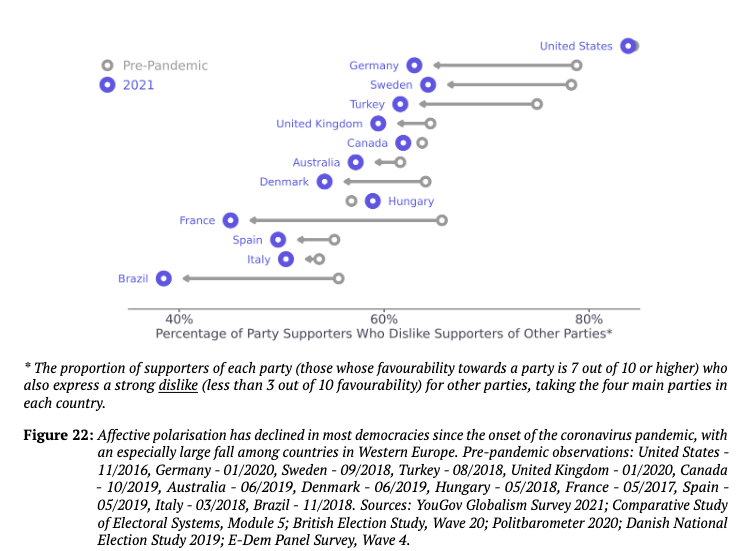 You can find the full report, which goes into great detail about the findings, here.

I hope this ad works to not only destigmatize the use of marijuana, but also forces a new conversation that creates the pathway to legalize this beneficial drug, and forgive those who were arrested due to outdated ideology. pic.twitter.com/G0qKvmUGKD

The "antitrust" crusade against free markets continues. One key plank of Democratic lawmakers' agenda has been blocking more business mergers. Now, the Department of Justice (DOJ) and Federal Trade Commission (FTC) say they "are soliciting public input on ways to modernize federal merger guidelines to better detect and prevent illegal, anticompetitive deals in today's modern markets." As it stands, antitrust laws say the FTC and DOJ can stop mergers that substantially diminish competition or create a monopoly in that industry. Many in Congress and in the Biden administration have been pushing to "modernize" merger guidelines so that moves currently fine will be defined as illegally anticompetitive. Among other things, this includes saying that many merging businesses must prove that they're not anticompetitive (instead of putting the burden on the government to prove that they are).

The main message from the FTC-DOJ joint press conference:

• The Postal Service will begin sending out COVID-19 tests:

????NEW—all households in the U.S. can order one set of 4 free at-home tests from the US Postal Service.
•Limit of one order per address
•One order includes 4 individual rapid antigen #COVID19 tests
•Ships starting in late January

• The Supreme Court heard oral arguments yesterday in a religious freedom case out of Boston, where the city has refused to fly a Christian flag at city hall despite flying many other kinds of flags there.

• Wait, so the federal government has just been hoarding N95 masks all this time?

• Jay-Z is calling on the DOJ to investigate Kansas City cops.

• The conservative case for philosophical liberalism.

• D.C. now requires proof of vaccination to do things like eat indoors and go to gyms.

• "Omicron is being used as a catch-all excuse for policy changes," says Matt Shapiro.

• Freddie deBoer tackles the progressive embrace of magic words and how "not everything is eugenics."