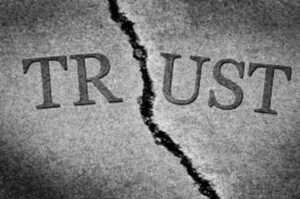 Perhaps the most important defense of immigration restrictions is that idea that too much immigration will degrade the culture and institutions of the receiving country. The danger may be especially great if the immigrants have bad political or cultural values. In the extreme case, such deterioriation might even "kill the goose that laid the golden egg" that makes the destination country attractive to migrants in the first place.

One of the major arguments of this type advanced in recent years is the claim that immigrants from low-trust societies could diminish social trust in receiving countries, thereby damaging political, social, and economic institutions. This argument is most recently advanced in detail by economist Garett Jones, in his book  The Culture Transplant: How Migrants Make the Economies They Move to A Lot Like the Ones They Left. Jones argues that trust is vital to economic growth and that immigrants from low-trust societies undermine it in their destination countries, thereby also reducing growth there.

In a recent substack essay, Cato Institute immigration policy expert Alex Nowrasteh effectively critiques Jones' book, and the "social trust" rationale for immigration restrictions more generally. To briefly summarize, Nowrasteh shows that 1) the link between trust and growth is questionable, 2) the evidence that immigration reduces trust is also weak, and 3) even if trust is useful and immigration reduces it, institutional incentives are often an effective substitute for it.

Many of the issues involved are complex and subtle. If you want to grasp the nuances, there is no substitute for reading the whole thing! Nowrasteh delves into the trust issue in greater detail in two social science papers (see here and here). Ironically, as he points out in one of them, immigrants and their descendants actually – on average – have greater trust in American institutions than native-born citizens do (whether that's a good thing or not may depend in part on how trust you think these institutions deserve).  Nowrasteh's excellent book Wretched Refuse: The Political Economy of Immigration and Institutions (coauthored with Ben Powell), also has lots of relevant material.

As Nowrasteh notes, a previous review of Jones' book by economist Bryan Caplan points out that it actually justifies vastly increasing immigration to the United States from a wide swathe of the world, including countries with some 50% of the world's population. If you agree with Jones' claims that immigrants make receiving countries' cultures more like their own, and with his assessment of what qualifies as desirable cultural values, it turns out many countries have "better" cultures than we do, and ours can be improved by taking in more immigrants from these places:

I am skeptical about both these measures of cultural quality and the idea that immigrants change destination-country culture anywhere near as much Jones claims. So I prefer to rest the case for free migration on other grounds, such as freedom, justice, and enhancing human welfare.

Here, I would add two points to Nowrasteh's critique. First, even if social trust is desirable (and it's hard to deny that societies need at least some minimal level of trust), it doesn't follow that more is always better. It could be that once you achieve a relatively modest level of trust (e.g. – we generally trust strangers not to assault or swindle us, and the like), further increases have few benefits. At some point, increased trust could even be harmful. For example, excessive trust in commercial transactions make us vulnerable to exploitation by conmen. Excessive trust in government officials might enable to get away with corruption and harmful and unjust policies, and so on. If so, declining trust – whether driven by immigration or other factors – may not be a problem unless and until it gets a society below that bare minim.

Second, the idea that people's behavior is driven largely by long-established and difficult-to-change cultures is undermined by the overwhelming evidence of how people of similar cultural backgrounds behave very differently in different institutional settings. The well-known examples of China and Taiwan, North Korea and South Korea, and East Germany and West Germany are dramatic cases in point. And there are many other such examples.

I have been a visiting professor in China, and also spent time in Taiwan. The contrast between the two was like night and day – despite the fact that the vast majority of the population of both countries consists of Han Chinese.

The theory of longterm cultural persistence is also at odds with casual everyday observation of immigrant behavior. Far from holding on tightly to the values of their previous countries, many immigrants have great difficulty getting their children to even speak their parents' native language. Even those parents who seek to impede children's assimilation usually have great difficulty in doing so. Anyone who is an immigrant or knows many immigrants (I fall into both categories, myself) is likely aware of many examples of these phenomena. These effects are, of course, heightened if immigrants or their children intermarry with natives.

The idea that immigration can cause great harm by reducing social trust deserves serious consideration. The same goes for some other claims to the effect that immigration might degrade social and political institutions. But, so far at least, there isn't much there. Indeed, there is much more evidence that liberal democratic institutions can be degraded by native-born nationalists (many of them hostile to immigration), than by immigration.

UPDATE: It's worth noting that some argue that immigration might degrade political and institutions not because the immigrants themselves have bad values, but because they generate harmful reactions by natives. I addressed such claims here, and in Chapter 6 of the revised edition of my book Free to Move.