Reason is supported by:
Ed Goldenberg 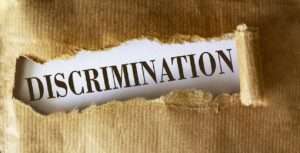 In the twentieth century, anti-discrimination law was largely pioneered by the political left. What started as a campaign to restrict racial discrimination gradually expanded to other categories, such as sex discrimination, discrimination against people with disabilities, discrimination based on sexual orientation, and so on. By and large, these expansions were advocated by left-liberals, and often opposed by conservatives, or at least viewed with suspicion by them.

More recently, however, the political right has tried to use anti-discrimination principles to its own advantage, in a wide range of policy areas. Walter Olson of the Cato Institute recently wrote an insightful piece on this subject:

[T]he Supreme Court yesterday ruled [in Carson v. Makin] that the state of Maine violated the Constitution when it excluded schools that engage in religious instruction from an otherwise generally available program of tuition assistance payments to parents….

It's been widely observed that religious‐​liberty litigators have been on a winning streak lately, but it is worth noting specifically how many of those cases have been won by framing each dispute in terms of anti‐​discrimination principles. Masterpiece Cakeshop and Fulton v. Philadelphia come to mind, but also the Court's string of rulings in favor of churches against local COVID restrictions on grounds that they were not treated as well as one or another secular institution.

To some extent this must reflect the simple truth that anti‐​discrimination principles have become a ruling theme both in law and in public life generally, exceedingly hard to argue against. If you can successfully invoke them you're well on the way to winning an argument.

Examples from the progressive side are legion. But conservatives too are now apt to couch gripes about, say, social media moderation in terms of discrimination. Companies with a no‐​guns‐​on‐​premises rule are "discriminating" against gun‐​owning employees, we've heard.

And so on. Why, it was asked, should cruise ship lines or nurse staffing agencies be permitted to engage in "discrimination" toward the unvaccinated?

I think some of the conservative "appropriations" of anti-discrimination theory are well-justified. For example, I very much support Carson v. Makin and other rulings barring government discrimination based on religion. My main complaint about the conservative approach to this issue is the double standard that leads them to turn a blind eye to religious discrimination in immigration policy, most obviously when it comes to Donald Trump's anti-Muslim travel bans. The conservative case against affirmative action also has a lot of merit, particularly when it comes to the specious "diversity" rationale embraced by many universities, and many educational institutions' discrimination against Asian students.

On the other hand, I am very much opposed to conservative efforts to force unwilling private property owners to allow guns on their land  (see also here), and to the conservative campaign to force social media firms to host speech they disapprove of. The former violates the constitutional rights of property owners, and the latter is a menace to freedom of speech. Similarly, I think vaccination mandates are entirely justified in some situations, and that—at the very least—private institutions should be free to impose vaccination requirements as a condition of employment or of entry onto their land.

But whether justifiably or not, it is clear that anti-discrimination principles are no longer a preserve of the left. Conservatives have taken them up with a vengeance!

One interesting question is how far will this process go? Will conservatives follow liberals in expanding anti-discrimination rules to new categories? The attempts to add gun owners and the unvaccinated to the list of protected groups are already steps in that direction. Will the right also try to add other groups to the list?

It's not hard to imagine how they might do so. Consider the following argument:

University X has long discriminated against conservatives. Given this history of institutionalized exclusion, formal equality is not enough to overcome the entrenched legacy of bias. In order to get beyond ideological discrimination, we must first take account of ideology [this, of course, is an adaptation of Justice Blackmun's famous statement that "In order to get beyond racism, we must first take account of race"]. Thus, we must have affirmative action in hiring for conservative professors, and affirmative action in admissions for conservative students. It can be phased out only after we have a "critical mass" of conservatives large enough to ensure that fellow conservatives feel welcome on campus, and other students are exposed to their distinctive perspectives.

This kind of argument can also be applied to the exclusion of gun owners, evangelical Christians, and other groups associated with the political right, at various institutions. Right-wing adoption of affirmative action for their preferred groups would be in serious tension with their position on racial and gender affirmative action. Perhaps that tension will preclude any such move. On the other hand, logical consistency is far from a high priority for political movements these days.

The right could also potentially adopt "disparate impact" theory, the idea that seemingly neutral practices are discriminatory because they disproportionately affect a particular group. For example, many on the left argue that the use of standardized tests in university admissions should be curtailed, because some minority groups score lower, on average, than whites. Conservatives could similarly argue that some seemingly neutral policies must be restricted because they disproportionately affect evangelical Christians, gun owners, Republicans, and so on.

[S]omething is often lost in the pressure to re‐​couch claims as equality claims. Sometimes what's really on our mind is something else — individual liberty, rights of self‐​defense or bodily integrity, fair process, institutions that work.

In the religious freedom context, there is a strong logic to the idea that the Free Exercise Clause implies a robust principle that churches and their institutions may not be singled out for worse treatment as against otherwise comparable entities. But that's just one component of free exercise; there have to be others…. [P]arents' right to direct the religious upbringing of their children is a basic component of free exercise encroached upon by the Maine law. To take a different example, the Court has recognized in the Hosanna‐​Tabor line of cases that free exercise requires the state to respect churches' internal autonomy, quite aside from equality concerns about whether it treats secular institutions the same way.

Maybe churchgoers want freedom of worship for its own sake, not because they want to ensure churches are treated at least as well as drugstores in COVID regulations. Maybe fairness and benefit to kids are even better arguments for school choice in Maine than equality! But — in today's climate of jurisprudence — we may not get a chance to find out any time soon.

I would add that one key limitation of anti-discrimination principles is that a violation of them can usually be remedied by "leveling down." If it is unjust that some benefit or right is only available to Group X, but not Groups Y and Z, we can fix that by taking it away from X! In the wake of Carson v. Makin, Maine could comply with the Supreme Court's ruling simply by terminating vouchers for all private schools, whether religious or not.

That approach is fine when it comes to programs that aren't important, or shouldn't exist in the first place. But it's problematic if what's at stake is some vital right. In that event, the right thing to do is to "level up" by making the benefit or right available to everyone. In my view, this is the only just solution to the problem of racial and ethnic discrimination in immigration and refugee policy. But anti-discrimination principles can't get us there by themselves. Indeed, if we assume that discrimination is the only wrong at issue, "leveling down" will often look like an attractive option, even if it might actually exacerbate the wrong more than alleviate it.

Despite such potential downsides, the conservative embrace of anti-discrimination is unlikely to stop anytime soon. Sometimes it has good effects, and other times not. It will be interesting to see how far it will go—and how progressives react to it.