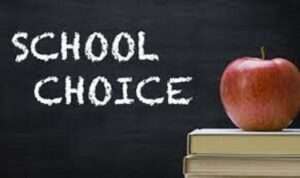 Here is an excerpt:

On Tuesday, the Supreme Court struck down a Maine law that excluded most religious private schools from a voucher program that is in place in similar secular schools. The 6-3 decision in Carson v. Makin is an important victory for the constitutional principle that government may not discriminate on the basis of religion. It may also help open up valuable opportunities for parents and students, particularly the disadvantaged.

In 2020, the Supreme Court ruled in Espinoza v. Montana Department of Revenue that a state-run voucher program may not exclude religious schools simply because of their "status" as religious institutions. As Chief Justice John Roberts reiterated in his opinion for the court Tuesday, a state may not "withhold otherwise available public benefits from religious organizations" simply because they are religious….

Until now, the state of Maine has subsidized the cost of private schools providing the  equivalent of a secular public school curriculum for the roughly 5,000 children who live in districts (school administrative units, in Maine parlance) too sparsely populated to support their own public school. However, Maine refuses to subsidize attendance at private schools with a religious curriculum in these areas….

Defenders of the Maine voucher program, including Justice Stephen Breyer in his dissenting opinion, claimed this was not a case of religious discrimination because the program did not exclude religiously affiliated schools as such, but rather only those that are "sectarian"— which the state Department of Education defined as an institution that, "in addition to teaching academic subjects, promotes the faith or belief system with which it is associated and/or presents the material taught through the lens of this faith."

This distinction makes little sense…. and the court was right to reject it. The First Amendment clearly protects not merely religious belief and religious affiliation but also the "free exercise" of religion (emphasis added). The word "exercise" suggests that people must be free to act on their faith — including by trying to promote it…..

The flaws of the "status-use" distinction become clear if we consider what it would mean in other contexts. Thus, if the state had adopted a law that extends welfare benefits to adherents of all religions but denies it to those who might "use" some of the money to "promote" their faith, pretty much any court would strike down that as unconstitutional discrimination on the basis of religion….

Under Tuesday's decision, the state remains free to restrict vouchers to schools that fail to meet curricular standards that apply equally to both religious and secular schools — even if those standards go against the beliefs of some of them. For example, it might require recipient schools to teach students the theory of evolution despite the fact that some religious groups reject it….

Some argue that any public aid to religious schools violates a different part of the First Amendment — the establishment clause, which prohibits the state from creating an "established" church. But nondiscrimination between religious and secular institutions in no way privileges any particular faith, nor does it imply state endorsement of any denomination's religious beliefs or coercion to adhere to a certain faith….

In addition to vindicating an important constitutional principle, Carson v. Makin is a potential boon to poor and disadvantaged children. Social science research indicates that the private school choice is often especially valuable to poor and minority children, and that some religious schools — notably Catholic schools — are particularly adept at improving the performance of disadvantaged students. You don't have to endorse the religious doctrines of these schools (as an atheist, I myself do not) to recognize the valuable opportunities they offer.

The ruling also offers an opportunity to transcend today's increasingly divisive culture wars over education….  Both red and blue states increasingly seek to impose one-size-fits-all state-sponsored dogma through their public education systems. School choice that includes a wide range of religious and secular options allows dissenters to go their own way and creates valuable competition that parents can take advantage of.