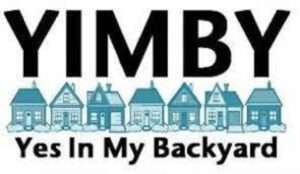 In a recent article, Atlantic writer Jerusalem Demsas explains why blue states that want to give refuge to people fleeing abortion restrictions enacted by red states if Roe v. Wade gets overruled, must cut back on zoning restrictions that drive up the cost of housing. They should embrace the "YIMBY" ("yes in my backyard") movement:

For much of American history, freedom from an oppressive legal system could be found by picking up and leaving. During the Great Migration, millions of Black Americans abandoned the Jim Crow South for the North, Midwest, and West; at a smaller scale, LGBTQ people have long fled communities where they felt unwelcome for liberal cities. On some level, Americans—with our unique system of federalism—have always voted with our feet.

The ability to move is especially important at this moment, as the Supreme Court seems poised to overturn Roe v. Wade, empowering state governments to determine the abortion rights of millions. If abortion does indeed become a state-level issue, it will join a host of other civil rights and benefits that depend on location….

Blue-state politicians know that they can largely define how well rights are protected within their borders and, in the case of abortion, have promised to ensure ongoing access….

What blue-state politicians are not doing is ensuring that people in other states can find refuge in Democratic states. For decades now, what was once commonplace—Americans moving from state to state—has been made exceedingly difficult, largely because of cost-of-living concerns. Declining rates of interstate mobility show that many Americans are stuck where they are, consigned to the political decisions of governments they may profoundly oppose, without an escape valve. Low-income Americans have also been forced out of expensive, typically blue states to less expensive, typically red ones, where their access to basic government protections may be nonexistent, but at least the average home price doesn't exceed $600,000….

In a federal system, access to housing undergirds access to many of the civil rights Democrats claim they want to protect. If the price tag for those rights is $3,200 a month, that tells me all I need to know…..

Declining interstate mobility is not all about housing costs. But on this issue, states have immense power to make a difference. Contrary to the dictum that "all housing politics is local," local authorities always serve at the pleasure of their state government. The U.S. Constitution makes no mention of local government power, leaving it up to the states to distribute authority.

None of the underlying dynamics driving up the cost of living is unknown or even really contestable. Experts have been sounding the alarm for decades that escalating rents and home prices are the results of laws limiting the supply of affordable housing. Across the nation, including in the states governed by Newsom, Hochul, and Lamont, localities enforce exclusionary zoning policies that make it difficult or even illegal to build affordable housing such as small single-family homes, duplexes, and apartment buildings.

I  highlighted this issue in my own earlier post on foot voting and abortion. I hope other liberals will heed Demsas' call. As discussed in my previous post, migration may be less necessary to escape abortion restrictions than some other harmful state-government policies, because there are a variety of potential alternatives to having an abortion clinic nearby, such as contraception, mail-order abortion pills, and traveling to get an abortion in an another state. But to the extent that having abortion services nearby is vital for some women, they can more easily find it if pro-choice blue states make it easier for the poor and lower-middle class to migrate there.

As Demsas notes – and I have repeatedly emphasized in previous writings (including an article in the Atlantic)- zoning restrictions also cut off lower-income people from a wide range of other rights and opportunities they might otherwise enjoy, including jobs and education. Fixing this problem should be a high priority for both right and left, as experts across the political spectrum have come to recognize. But it's especially urgent if you are a political liberal who thinks the blue state social model is valuable and therefore should be available to more people – especially to more of the poor and disadvantaged. Blue jurisdictions tend to have  the most severe exclusionary zoning, and this is one of the main reasons why they have been losing population to red states like Texas and Florida.

The inhospitality of rich, liberal states to the poor and working classes is a problem at the international level as well. During the recent Afghan-refugee crisis, resettlements to coastal areas foundered on the lack of available affordable housing. When the State Department released a list of cities with potential homes for refugees, it left off America's largest progressive cities: New York, San Francisco, Los Angeles, Seattle, and Washington, D.C. Refugees are actually not welcome here, it seems.

I made the same point in a 2019 post, building on earlier pieces by NY Times columnist Farhad Manjoo and my George Mason University colleague, economist Tyler Cowen.

High housing costs are not the only blue-state policy that blocks foot voting by the poor. Occupational licensing (also a problem in many red states), restrictive labor regulations,  high state tax rates are additional culprits. But exclusionary zoning has particularly massive effects, that likely outweigh other factors.

Over the last few years, a number of blue jurisdictions have begun to address this problem. But much more needs to be done. If you want to be pro-choice and pro-immigrant, you should also be pro-YIMBY.