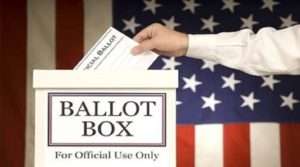 Over the last twenty years or so, a vast academic literature has arisen, attempting to justify various paternalistic policies on the grounds that cognitive biases lead consumers to make systematic mistakes. Even before then, such policies as the War on Drugs and restrictions on smoking were justified in part by claims that shortsighted irrationality would otherwise lead people to make foolish choices they would later regret. In a notable new article, political philosophers Jason Brennan and Christopher Freiman argue that supporters of such policies must, if they wish to be consistent, also take a paternalistic approach towards voting decisions. After all, voters are prone to cognitive biases as much as consumers – perhaps even more. Here is their summary of their thesis:

Brennan and Freiman do not necessarily support paternalistic constraints on either voters or consumers. Their point is that consistency requires those who support the former to also back the latter – or at the very least be open to it.