NEW FROM UNITED AIRLINES: "Effective immediately, masks are no longer required at United on domestic flights, select international flights (dependent upon the arrival country's mask requirements) or at U.S. airports."

At that moment, I took my mask off. When we landed, I had a few moments to speak to the flight attendant before the door was opened. I explained that a judge had declared the mandate was illegal, and that United announced that it would not enforce the policy. I showed the flight attendant the tweet–it came from a blue check mark account, so it must be official! In a moment, it hit her. She said, "No more masks!" As I got off the plane, I saw a smattering of people without their masks in the terminal. The barista at Starbucks screamed out "Freedom!"

Most APA rulings are arcane, and only affect small communities in obscure way. Even so-called nationwide injunctions are barely perceptible for most people. But this decision from Tampa was immediately felt from coast to coast. Judge Mizelle's ruling may be one of the most popular vacaturs in the history of the APA.

Update: Judge Mizelle made the lede of the Drudge Report: 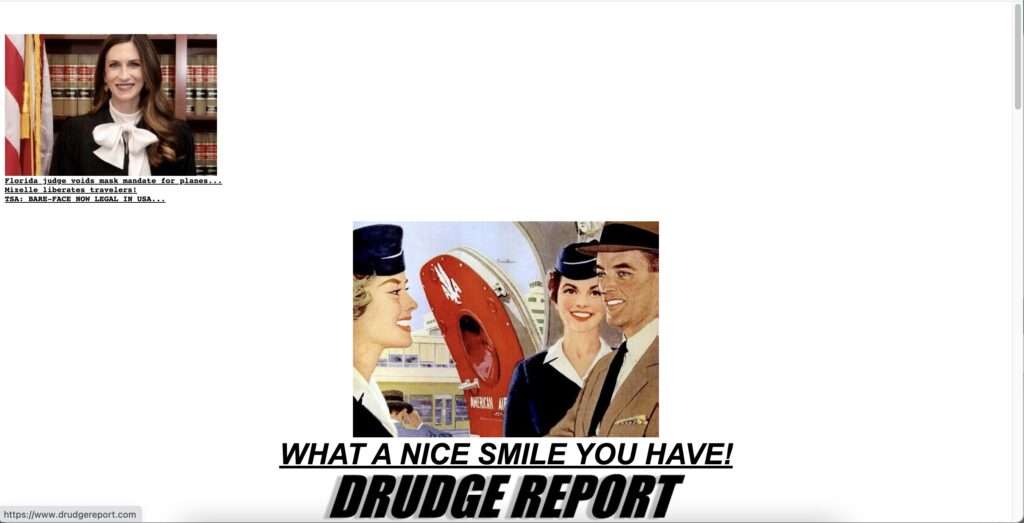 And a colleague wrote on a law professor list serve:

I am currently on a flight somewhere between DC and Denver and the pilot just made an announcement that a judge struck down the federal mask mandate a few hours ago and we were free to remove our masks. The entire flight erupted into applause and masks started flying like graduation caps. And we complain there's no respect for the courts! (tongue in cheek)