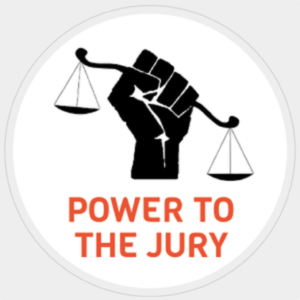 Jury selection is now proceeding for the upcoming trial of Derek Chauvin, the former Minneapolis police officer charged with killing George Floyd, in a horrific incident that touched off nationwide protests against racism and police brutality. Many aspects of the process seem calculated to exclude not only potential jurors who have strong feelings about the specific case (and thus might be biased), but also those who have any kind of relevant background knowledge about criminal justice, scientific evidence, chokeholds, and other matters. In recently published articles, both Harvard Law School Professor Noah Feldman and The Week columnist Bonnie Kristian argue that this situation highlights the need to change selection policies that have the effect of dumbing down juries by excluding those with the greatest potential knowledge and insight.

Though in some ways unusual because of the high profile of this case, the long and onerous process by which the Chauvin jury is being chosen is a window into broader dysfunction of jury selection in the United States. In theory, we are tried by a jury of our peers. In practice, however, juries are significantly selected for ignorance using standards that are increasingly unworkable in our omnipresent media environment, and the strain of jury duty is borne disproportionately by people who often don't want to be there and can't afford it. This is hardly conducive to justice…

Potential Chauvin jurors were sent a 16-page questionnaire in December. It probed their knowledge of the case, their media habits, political views (this isn't a death penalty trial, but if it were, anyone with even slight moral qualms about execution would be rejected), hobbies, religion, and more….

Our jury system's "efficiency," as Mark Twain snarked in 1873, "is only marred by the difficulty of finding 12 men every day who don't know anything and can't read."

Twain was only exaggerating a little. The Chauvin questionnaire, for example, inquires if jurors have been to a Black Lives Matter protest and, if so, what their sign said. It asks if they have martial arts or chokehold training or experience in law enforcement, criminology, forensics, health care, mental health care, or civil rights issues. Any juror answering "yes" will probably be dismissed for cause.

In fact, manuals on jury selection outright advise lawyers to exclude anyone who could play the Henry Fonda role in 12 Angry Men, reasoning with fellow jurors and guiding them to a conclusion. "You don't want smart people," a Philadelphia prosecutor once explained, because they'll "analyze the hell out of your case."

Many of the questions presented to potential Chauvin jurors seem designed to screen out the very sorts of people most likely to be able to make thoughtful, well-informed decisions about  the issues in the case. That is especially true of those that focus on the respondents' knowledge of health care, forensics, criminology, and other simlar issues. And, while the extraordinary publicity and political tensions surrounding this case are unusual, efforts to exclude knowledgeable jurors are common in more typical cases, as well.

Feldman explains how this tendency undermines a key function of jurors in the Anglo-American legal tradition, which was in part to bring to bear the collective knowledge and insight of the community:

The logic [of current practices] is understandable. We don't want jurors to have made up their minds before hearing the evidence presented at trial. But the result is all too often the selection of jurors who are nominally neutral because they have their heads in the sand.

Choosing jurors with no meaningful knowledge of public affairs has consequences. Among other things, it entails selecting jurors who might not be able to draw upon the moral intuitions of the community that we want jurors to embody….

The criminal jury in the Anglo-American tradition used to have a very different purpose…. The medieval purpose of a jury of peers drawn from the vicinity was to make sure that the jury was full of local people who already knew the facts of the cases they would hear.

That's right, the jurors were picked not because they were ignorant of the facts but precisely because they could be expected to know what was going on. In an era before modern police or criminal investigation, juries were proxies for detectives….

Over time, the jury gradually changed from a body that knew the facts already to a body intended to judge the facts afresh….

Under [modern practices],….  judges can keep from the jury certain information — like the fact that a crime victim has previously been arrested…. The rationale is reasonable: It could influence how the jury thinks about the case against Chauvin. Similarly, the fact that the city of Minneapolis has reached a $27 million settlement with Floyd's family could also shape the jury's thinking. Again, judicial exclusion might be the right answer.

The fundamental problem is that anyone who reads the news may have come across these facts already. In theory, knowing this information shouldn't bar anyone from the jury, provided that the potential juror can credibly say that she will keep an open mind. But in practice, a judge who wants to avoid reversal on appeal has a strong incentive to exclude jurors with relevant prior knowledge.

The upshot is that it may be appropriate to take a fresh look at jurors' level of knowledge, with the full recognition that jurors bring all kinds of prior biases to hearing cases — not just factual information.

It's one thing to keep jurors in a bubble once the trial has begun. It's quite another to choose jurors who have chosen to live their lives in self-imposed bubbles. Those may not be the cross-section of the public whom we want to entrust with our most high-profile criminal cases, the ones where justice is on the line not only for victims and defendants, but for the country as a whole.

For reasons I explain in a 2014 article, jury ignorance is not as severe a problem as political ignorance among voters. But it is a significant problem, nonetheless, particular in cases requiring analysis of complex evidence and those touching on broader policy issues (the Chauvin case might be an example of both). Thus, there is good reason to reform the jury selection system so as to minimize  exclusion of people who supposedly have "too much" knowledge, and perhaps even to promote greater participation by such people.

I outlined some ways to do that in a 2015 post, where I advocated limiting the ability of lawyers and judges to remove potential jurors because of their background knowledge. I also suggested this problem strengthens the case for making jury service voluntary, a reform that should be combined with paying jurors much higher wages for their time, so as to incentivize participation by more knowledgeable members of the community:

The problem of juror ignorance also strengthens the case for making jury service voluntary. As in the case of voters, those who choose to serve voluntarily may well be more knowledgeable than those who do so only because they are forced to. States could incentivize more knowledgeable citizens to serve on juries by compensating those who serve for the full value of their time.

Juries play a vital role in the legal system. But that doesn't mean participating must be coerced, any more than we have to draft lawyers, judges, court reporters, police officers, and others who participate in the administration of justice.

Concerns that a voluntary jury system would undermine representativeness can be addressed by using randomized lotteries and (where needed) specialized sampling techniques to alleviate this problem. Compensation levels can be adjusted to ensure adequate participation by various groups. For example, the state could offer higher jury pay to those who would forego more income by serving, or to parents of small children who would have to pay additional daycare costs. The resulting jury pool might actually be more demographically representative than the current mandatory version, which includes a variety of "hardship" and other exemptions.

Kristian builds on some of my ideas in ways that I hope policymakers will consider:

Current jury pay is absurdly low: Chauvin trial jurors will be compensated the Minnesota rate of $20 per day, or $2.50 an hour for an eight-hour day. Federal jurors usually make $50 a day, which works out to $6.25 an hour, a dollar below the federal minimum wage. Pay this low unfairly imposes the cost of jury trials on an unlucky few instead of the whole citizenry. It also creates a strong incentive to avoid jury duty or perform it without due care to speed the return to normal life.

Beyond a voluntary system with decent pay, I also wonder if capping the size of jury pools could be useful. A 2015 Associated Press report on a murder trial in Louisiana said an initial jury pool of 200 people was reduced to 80 by the usual exemptions. Those remaining were considered too few to assemble a jury. Lawyers have a right — a duty — to pick the best jury they can for their client, but that degree of selectivity beggars belief.

In a more recent case, the exemptions combined with the pandemic reduced a jury pool of 150 to 19, well below the far more reasonable minimum of 31 people the court wanted to pick 12 jurors and one alternate. For all but the most unusual trials, like Chauvin's, a post-exemption jury pool of 30 or 40 seems like enough to get a good community cross-section. It might even force attorneys to keep a few more knowledgeable jurors around.

In sum, much can be done to reduce the dumbing down of juries, while simultaneously making jury service less unfair and coercive. Perhaps the Derek Chauvin case will lead to more serious consideration of potential reforms.

NOTE: A couple short passages in this post are adapted from a 2015 piece I wrote on making jury service voluntary.