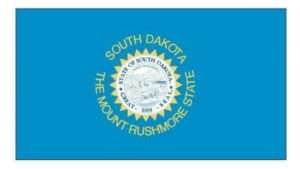 On February 10, in Hamen v. Hamlin County, the Supreme Court of South Dakota ruled that the government is not liable for police destruction of citizens' property under Article VI, Section 13 of the state constitution, which requires payment of "just compensation" when the private property is "taken for public use, or damaged." The case is one of a long series of rulings in which state and federal courts have held that the government is not required to pay takings compensation in cases where law enforcement operations damage or destroy private property. Robert Thomas, a leading commentator on takings law, has a helpful summary of the case at the Inverse Condemnation blog.

As Thomas notes, the case arose because the police were under the mistaken impression that Gary Hamen, a suspected wanted in connection with various crimes, was holed up in his parents' mobile home. They thereby proceeded to inflict some $18,000 in damage on the home, in the process of trying to force Gary to come out and surrender (which, of course, he could not do because he wasn't actually there in the first place). Despite the massive damage inflicted on the home of the completely innocent Hamens (the authorities do not allege that the parents had any role in their son's alleged criminal activities), the Court ruled that no compensation was owed under the Takings and Damagings Clauses of the state constitution.

The standard rationale for this result, also adopted in Hamen, is that there is no taking in cases where the government is exercising its "police power," which is what law enforcement agencies do when they destroy property in the process of pursuing suspects and other similar activities.  The police power is thereby distinguished from the use of "eminent domain" to seize property for some "public use" by condemnation. As the South Dakota Supreme Court put it:

[W]e join the courts that have denied a right of compensation by eminent domain when law enforcement damages private property while executing a warrant or pursuing a fleeing felon. Courts which have denied compensation under similar eminent domain provisions of their state constitutions have properly applied "the framework established by [their] constitution" that a taking or damage claim arises from a public use function, rather than a police power function.

I criticized that rationale in a post analyzing the 2019 Tenth Circuit decision in Lech v. Jackson, which ruled there was no taking, under the federal Constitutoion, in a case where the police destroyed an innocent family's home in the process of pursuing a suspected shoplifter:

The distinction between "police power" and "eminent domain"—with only the latter leading to a taking—is a false dichotomy. In many situations, courts have ruled that a taking has occurred even if the government did not try to use eminent domain—its authority to formally condemn private property for public use. That includes numerous cases involving both regulatory takings and physical invasions.

The fact that the "police power" may have been involved does not normally immunize the government from takings liability…. [T]he police power extends to government actions "for the protection of public health, safety, and welfare." Modern jurisprudence defines these concepts very broadly. Yet, in many contexts, courts nonetheless routinely rule that takings have occurred even though the purpose of the law at issue was to protect health or safety. For example, in the classic 1922 case of Pennsylvania Coal v. Mahon, the Supreme Court ruled that a prohibition on mining can qualify as a taking, even though its purpose was to protect the safety of people and property on the surface. Similarly, environmental regulations can sometimes qualify as takings if they destroy enough of the value of a property, even though their purpose is often to promote health or safety.

Cases where the government does go through the formal process of eminent domain often also involve the protection of health or safety. For example, the condemnation of property to build a road can increase health and safety if the new road is safer than the old, and thereby reduces the rate of traffic accidents. Yet, the government could not use that fact to seize the property and build on it without paying compensation.

A "police power" exception can potentially justify denying compensation in cases where the property itself - or the owner's use of it - poses a threat to public safety, as when the owner uses the property to commit a crime, or in cases where his use of it can cause the spread of dangerous communicable diseases (this is why courts have generally denied takings compensation to property owners harmed by Covid-19 shutdown orders).

But that doesn't apply in cases where the government damages or destroys the property of innocent people for the purpose of apprehending suspects or otherwise enforcing the law against third parties. The latter scenario is little different from other cases where the government seizes or destroys property for the purpose of advancing some general public interest, such as building a road, or flooding one area to prevent greater damage elsewhere. Such actions may well be beneficial. But that doesn't mean the government can deny takings compensation. As the Supreme Court put it in Armstrong v. United States (1960), "[t]he Fifth Amendment's guarantee that private property shall not be taken for a public use without just compensation was designed to bar Government from forcing some people alone to bear public burdens which, in all fairness and justice, should be borne by the public as a whole."

Sadly, this is one of a number of areas where current jurisprudence gives law enforcement a pass on egregious behavior that would be ruled unconstitutional in almost any other context, as under the doctrine of qualified immunity (which also comes up in other parts of Hamen ruling itself, where the court considers other claims made by the plaintiffs). To the argument that allowing takings liability would make police unduly hesitant to enforce the law, I would respond that is often a feature rather than a bug. Law enforcement should be more sensitive to the harm it inflicts on innocent people during the course of its operations. Sometimes, it may be better to let a suspect get away than to inflict massive damage on innocents in order to apprehend him.

Moreover, any extra sensitivity is likely to be modest in nature, since individual officers are unlikely to have to pay for the damage out of their own salaries.

All of these points apply to Hamen no less than to similar cases decided under the Takings Clause of the federal Fifth Amendment. But Hamen is particularly egregious because it denied compensation under a state constitutional provision that requires compensation for government "damaging" of property, as well as takings. As Harvard Law School Professor Molly Brady explains in a path-breaking article on the subject (I discussed her article here), the whole point of "damagings clauses" (which have been adopted by 27 state constitutions), is to require compensation in situations where the government damages or destroys property in ways that might not qualify as "takings," and where there has not been any use of eminent domain. Even if you can argue that police operations like the ones in Hamen and Lech do not really "take" property, it's hard to conclude they don't "damage" it.

As the Hamen court recognizes, there is a divergence among state courts on this issue. Appellate courts in  California, Georgia, Oklahoma, and Washington, have all ruled that damagings clauses do not apply to law enforcement operations; South Dakota has now joined them. By contrast, state supreme court rulings in Iowa, Minnesota, and Texas have all gone the other way. The latter group of states is right, and I hope their position will ultimately prevail in the long run.

The issue might also be rendered moot if the federal Supreme Court ever addresses this issue under the Takings Clause of the Fifth Amendment and overrules cases like Lech v. Jackson. But the Court refused to hear the Lech case itself, and I am far from certain it is going to take up this question anytime soon.

Why Are Vaccinated Americans Still Worrying About COVID?

We All Are COVID Cops Now