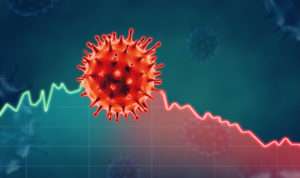 As co-blogger Eugene Volokh points out, yesterday the Pennsylvania Supreme Court rejected a takings challenge to the governor's coronavirus shutdown order. In  Friends of Danny DeVito v. Wolf, the Court ruled against several businesses whose owners argued that the governor's order forcing them to shut down was a taking of private property that requires compensation under the Takings Clause of the Fifth Amendment, and the similar provision in the Pennsylvania state constitution. The Court's reasoning is largely the same as that I laid out in my March 20 post addressing the same issue. Specifically, the majority ruled that the shutdown does not qualify as a taking because it is an exercise of the "police power" and because it is only a temporary restriction on the owners' use of property, which therefore does not destroy all of its economic value:

[W]e conclude that Petitioners have not established that a regulatory taking has occurred. The Executive Order results in only a temporary loss of the use of the Petitioners' business premises, and the Governor's reason for imposing said restrictions on the use of their property, namely to protect the lives and health of millions of Pennsylvania citizens, undoubtedly constitutes a classic example of the use of the police power to "protect the lives, health, morals, comfort, and general welfare of the people[.]" Manigault v. Springs, 199 U.S. 473, 480 (1905). We note that the Emergency Code temporarily limits the Executive Order to ninety days unless renewed and provides the General Assembly with the ability to terminate the order at any time. 35 Pa.C.S. § 7301(c). Moreover, the public health rationale for imposing the restrictions in the Executive Order, to suppress the spread of the virus throughout the Commonwealth,is a stop-gap measure and, by definition, temporary.

Chief Justice Saylor's partial dissent on behalf of three of the seven justices, takes issue with the majority opinion on several points, but still would not rule in favor of the plaintiffs outright – instead concluding that some of the issues they raise should be addressed more fully in the lower courts before reaching a final decision. In addition, the dissent does not argue that the takings issue is one of those that require additional consideration, though it does question the majority's argument that the losses inflicted on the owners are only temporary:

While the majority repeatedly stresses that such closure is temporary… this may in fact not be so for businesses that are unable to endure the associated revenue losses. Additionally, the damage to surviving businesses may be vast. Significantly, moreover, the Supreme Court of the United States has admonished that the impermanent nature of a restriction "should not be given exclusive significance one way or the other" in determining whether it is a proper exercise of police power. Tahoe-Sierra Pres. Council, Inc. v. Tahoe Reg'l Planning Agency, 535 U.S. 302, 337, 122 S. Ct. 1465, 1486 (2002)….

To me, the majority allocates too much weight to temporariness to defeat developed allegations of a lack of due process in the executive branch's determination of which businesses must close and which must remain closed…

Although Tahoe-Sierra is a takings case, the dissent cites it only to bolster the contention that the plaintiffs' businesses may have been shut down without proper due process – not the claim that they deserve compensation under the Takings Clause. Indeed, the word "taking" is not even mentioned in the dissent.

As discussed in my earlier post, I think the correct interpretation of Takings Clause would require compensation in at least some of these cases, and that compensation for owners of shut down businesses and other enterprises is often required as a matter of morality and policy, even if it is not dictated by the Constitution.  That said, the majority's decision in this case is the right one under current Supreme Court precedent.

The Pennsylvania Supreme Court's ruling in this case also  rejects several other challenges to the legality of the shutdown order, which I will leave to experts on those particular subjects. Eugene Volokh has blogged about them here, here, here, and here.