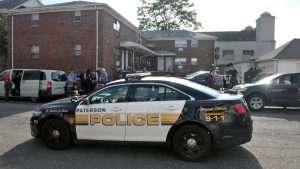 "Defunding the police" is an idea that has rapidly become a part of mainstream political debate over the last few days, fueled by public outrage over the killing of George Floyd and other police abuses. But, like many political slogans, it is a vague phrase that sidesteps crucial distinctions. Depending on what it means, it could be a terrible idea, a great idea, or somewhere in between. If it means abolishing existing police forces and replacing them with nothing, it's likely to do far more harm than good. On the other hand, there are ways to cut and restructure police funding that could potentially do much to improve policing and curb abuses.

To many people, the phrase "defunding the police" sounds like the goal is to abolish police departments entirely, even though that is not what many advocates actually mean. However, at least a few supporters really do mean that. Actually doing it will be a really bad idea.

I have long argued that there is much to be done to curb police abuses, abolish unjust laws that police enforce, and combat racial profiling. But abolishing police completely is a different matter. Doing so is likely to result in a serious increase in violent and property crime, often at the expense of poor minorities.

Beginning with a classic study by Jonathan Klick and my George Mason University colleague Alex Tabarrok, much social science research shows that increasing the number of police on the streets can reduce crime rates, often dramatically so. Matthew Yglesias of the liberal Vox site has a good overview of the research, and here is an even more recent one by  Tabarrok. Abolishing the police completely or severely curtailing their numbers could easily increase crime, in the process disproportionately harming the very same poor and minority communities reformers most want to help. As Yglesias notes, many minority communities have long complained that the police don't do enough to protect them against crime. Abolishing the police entirely would make that problem worse.

There is no contradiction between this concern and minorities' longstanding complaints about police abuses and racial profiling by law enforcement. Most African-Americans and other minorities want the police to do a better job of protecting them against criminals, and also avoid abusive and racial discrimination. This combination of attitudes is entirely understandable. It is what most of the rest of us would want from the police who patrol our own communities, as well.

There are many steps we can take to curb abuses and rein in profiling without reducing the number of police on the streets. Indeed, many of those steps would actually increase the resources available for combating violent and property crime.  For example, cutting back on the War on Drugs (better still, abolishing it entirely) and taking various other petty victimless crimes off the books would eliminate some of the main causes of abusive policing while also freeing up more police to combat violence and theft. Alex Tabarrok - who is far from being an uncritical booster of police - has a helpful summary of what we should aim to achieve:

Can we increase the number of police? Not today but in recent years large majorities of blacks, hispanics and whites support hiring more police. It is true that blacks are more skeptical than whites of police and have every reason to be. Some of the communities most in need of more police are also communities with some of the worst policing problems. Better policing and more policing, however, complement one another. Demilitarize the police, end the war drugs, regulate people less, restrain police unions and eliminate qualified immunity so that police brutality can be punished and the bad apples removed and the demand for police will soar.

To be sure, cutting or even eliminating police probably would not lead to a "Mad Max" world of total lawlessness. Private security guards would take up some of the slack. Libertarian scholars such as Ed Stringham and Terry Anderson and Peter Hill have documented how private security can work surprisingly well, and is far from being an exclusive preserve of the very rich. There are already many more private security guards than public police in most countries (including the US), and we could potentially rely more on former and less on the latter. Private security firms have less of a record of brutality and racial discrimination than police do, and they are also much easier to hold accountable for their misdeeds in court, since they aren't protected by police union privileges and qualified immunity.

It may well make sense to rely more on private security at the margin. But I am skeptical of claims - made by some libertarians - that they can fully displace public police. Among other things, they are unlikely to have much incentive to apprehend and detain criminals (as opposed to merely deterring them from preying on the firm's clients). At the very least, complete privatization of law enforcement would require radical changes to the legal system that are unlikely to occur anytime soon. This is one of those areas where I, a fairly radical libertarian, differ with those who are even more radical, though I admit the latter raise some important issues.

The likelihood that large-scale defunding of the police would predictably lead to greater reliance on private security firms creates a difficult tradeoff  for those on the left who support defunding, but also dislike privatization. Perhaps the dilemma could be resolved by combining defunding of police with new restrictions on private security forces. But then you would need some way of enforcing the new restrictions on private security - and of preventing organized crime from filling the void, if legitimate security firms are driven out of the market. Effective enforcement would require relying on public police, private security, or some combination thereof - thereby bringing back the very entities these types of left-wingers seek to ban! Someone would have to police the ban on policing, and that entity could easily have many of the same flaws as the original police did.

Another possible meaning of defunding might be to abolish the existing police department, but replace it with a new government agency. Camden, New Jersey is occasionally cited as a successful example of "defunding the police." But it is actually better understood as an example of replacing a badly flawed old police force with a new and better one.

In 2013, Camden did indeed abolish its police department. But it then set up a new one, that actually put more police on the streets, while also curbing union power and imposing much stronger accountability for abusive behavior. The result was a decline in police brutality combined with a substantial decline in crime. Camden is a success story. But one caused by reforming police rather than abolishing them entirely. However, it may be the case that abolishing an existing police force and replacing it with a new one will often be preferable to trying to incrementally improve a deeply compromised status quo.

While completely defunding the police and replacing them with nothing is likely a bad idea, there are many specific police revenue sources that should be curtailed in ways that improve cops' incentives. For example, we should abolish asset forfeiture programs, which incentivize police to seize citizens' property, including in cases where they are never charged with a crime, much less convicted. Asset forfeiture revenue incentivizes police to devote more resources to drug crimes and other nonviolent offenses likely to generate profitable seizures, and less to violent and property crimes. Jason Brennan (coauthor,  with Chris Surprenant, of an important new book on perverse financial incentives in the criminal justice system) summarize a wide range of other ways to reform police financing here.

Brennan also warns that we should be wary of unfocused budget-cutting. That could result in police adopting a "Washington Monument" strategy:

Historically, when government departments (such as the U.S. National Park Service) have their budgets threatened, they respond by cutting their most essential services (like threatening to close the Washington Monument), to drum up voter support. If police are willing to murder civilians on livestream, they're presumably willing to slack off where they're most needed until we beg them to come back.

In addition to eliminating revenue sources that create perverse incentives for police, there is also often room for cutting bureaucratic bloat in law enforcement. As co-blogger David Bernstein points out, some large police departments, such as the NYPD, have seen a major growth in dubious bureaucracy in recent decades. One of the reasons for Camden's success is that they cut back on desk jockeys and instead used the money to put more cops on the streets.

In sum, "defunding the police" is a bad idea if it means totally abolishing police departments and replacing them with nothing. On the other hand, it makes much better sense if it means eliminating revenue sources that create perverse incentives, cutting back on bureaucracy, relying more on private security services at the margin, and - in some cases - abolishing a malfunctioning police department in order to replace it with a new and better one.

I end on a point of political strategy. Reformers should abjure using "defund the police" as a slogan, even if the reforms they advocate  include cutting some types of funding. A recent survey finds that only 16% of Americans support reducing police funding (to say nothing of completely abolishing it) and that opposition cuts across party lines, with Democrats, Republicans, and independents opposing funding cuts at roughly the same rate.

Instead of "defund the police," I tentatively suggest "police the police." That implies imposing accountability for police abuses (which is broadly popular), but without implying that you want to get rid of the police entirely (which is not).