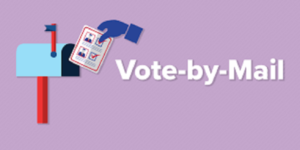 Earlier today, President Trump threatened to withhold federal grants from the states of Michigan and Nevada if they proceed with plans to expand vote-by-mail options in order to make it safer to vote in the midst of the ongoing coronavirus pandemic. It isn't clear what specific funds Trump has in mind, or even whether he has any meaningful plan to make good on the threat at all. Still, the danger that the White House can use the threat of withholding grants to bully the states should be taken seriously. If the president is able to impose his own new conditions on federal grants to states and localities, it would be a serious threat to both federalism and separation of powers. The vast expansion of federal spending and state dependence thereon during the coronavirus crisis has made this an even more serious danger than before.

To my knowledge, there are no federal grants to Michigan, Nevada, or other states that Congress has conditioned on forbidding or severely restricting voting by mail. The extent of mail voting is one of of many aspects of election administration that the Constitution largely leaves to state governments.

In my view, expanding vote by mail makes excellent sense at a time when in-person voting could risk spreading a deadly disease, particularly among elderly voters and poll workers, who are especially vulnerable to the coronavirus. Empirical evidence undercuts claims that postal voting is particularly prone to fraud, or that it necessarily advantages one party over the other. In this 2014 post, I criticized claims that allowing early voting by mail exacerbates the problem of political ignorance.

But whether expanding mail voting is a good idea or not, the president has no authority to use federal grants to pressure states on the issue. The Constitution gives Congress, not the president, the power to allocate federal spending, including imposing conditions on state and local government grant recipients. Supreme Court precedent also imposes constraints on those conditions to protect state autonomy, most notably that any onditions  "unambiguously" stated in the text of the law "so that the States can knowingly decide whether or not to accept those funds,"  not added later by the president or by creative judicial interpretation of vague statutes.

If the president can get around such restrictions and impose his own new conditions on federal grants to state governments, he could use that power to bully states and localities on a wide range of issues. Conservatives who might be happy to see Trump wield that authority should ask how they would feel when Joe Biden (or some other future Democratic president) does the same thing. The same tools Trump uses to pressure blue and purple states can easily be turned against red states. Either way, centrally enforced homogeneity will undermine the variation in state policy that is crucial to coexistence in a diverse and deeply divided nation.

Those tempted to dismiss Trump's threat as mere bluster should recall this is far from the first time the administration has tried to bully states and localities by usurping the spending power. In a long series of "sanctuary city" cases, Trump has repeatedly tried to use that tactic to force state and local governments to cooperate with his immigration agenda. Nearly all court decisions on the issue (with one notable exception) have so far rejected the administration's tactics on the ground that Trump cannot impose spending conditions that were not authorized by Congress.

Many of the sanctuary city cases involved administration efforts to withhold relatively modest-size federal law enforcement grants. But the threat to federalism and separation of powers goes far beyond that specific case. The same tactics used by the administration in sanctuary cities cases, can also be used to coerce states and localities by threatening to withhold far more significant federal grants.

Congress, of course, also sometimes adopts ill-advised grant conditions. But the need to build up majorities in two houses representing a range of diverse interests makes it harder to enact sweeping new conditions, and provides some protection for the autonomy of politically diverse states. The president can act more aggressively and faces fewer such constraints.

The vast expansion of federal spending during the ongoing coronavirus crisis exacerbates the danger posed by executive usurpation in this sphere. Thanks to that expansion and the catastrophic decline in states' own tax revenue,  state and local governments are now more dependent on federal aid than at any time in living memory. In that state of affairs, a president empowered to attach his own new conditions to federal grants will have more opportunity to abuse that authority than ever.

Ideally, we should limit the danger by taking steps to ensure a quick recovery, while also carefully limiting proposed bailouts of states to those that are genuinely needed to deal with the emergency. But we must reckon with the possibility that the crisis will continue for a long time, and that massive expansions of federal spending will continue along with it.

If that happens, growing state dependency on federal grants will almost unavoidably have serious negative effects. For example, it will diminish state incentives to compete for residents who "vote with their feet," since one of the main incentives for such competition is the desire for new tax revenue - which will be less pressing the more states can instead get money from Washington.

As long as the crisis continues, we cannot prevent all such problems, or even come close to it. But vigilant enforcement constitutional constraints on presidential attempts to usurp the spending power can forestall at least one threat to federalism and separation of powers.

This specific threat by Trump may ultimately come to nothing. But even if he does not act on it, this probably isn't the last we have heard of presidential efforts to exploit the coronavirus crisis to attach new conditions to federal grants to state governments, thereby circumventing Congress and gaining new leverage over states and localities.