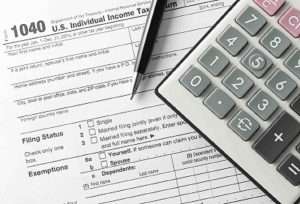 The 2017 tax act capped SALT deductions at $10,000 for single taxpayers or married ones filing a joint tax return, and $5000 for married taxpayers filing separately. The states argued that the cap violated the Tenth Amendment, and also unconstitutionally "coerced" the states. Judge Oetken rejected both claims. Regarding the Tenth Amendment, he had this to say: