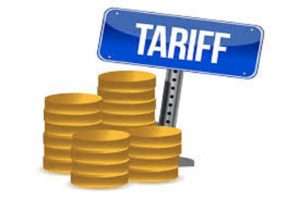 President Trump has used his power to set tariffs to wage multiple trade wars that have already inflicted major costs on the American economy, and threaten to cause even greater harm. That restrictions on international trade damage the economy is one of those areas on which economists across the political spectrum agree. Nonetheless, Trump has persisted. In a recent column in the Washington Examiner, conservative political commentator Quin Hillyer urges Congress to repeal the president's power to set tariff, unwisely delegated by Section 232 of the 1962 Trade Expansion Act:

It is long past time for Congress to reclaim from the president the authority to levy tariffs at his own discretion….

On the legislative front, a new coalition of industry groups is pushing Congress to pass a law reining in presidential tariff-levying powers. A number of lawmakers are pushing various proposals to do so. The conservative Heritage Foundation suggests that the power should be entirely abolished….

The delegation of this authority is a relatively recent thing, having come 57 years ago via through one small section of the Trade Expansion Act of 1962. Section 232 (as subsequently slightly amended) provides that if the president, on the advice of the Commerce Department, determines that if particular imported goods somehow threaten national security, he can ban their import or impose tariffs or quotas on them. The section does not require him to secure Congress' approval.

In 54 years, presidents had used that power only six times. Trump, however, has used it repeatedly, against multiple products from multiple nations. In doing so, he has vastly expanded the ordinary meaning of "national security" to include virtually any perceived harm to the economic interests of the United States. Such expansive interpretations of "national security" are themselves objectionable, being clearly outside the original spirit of Congress' delegation of power as a Cold War measure.

He also argues that Section 232's extremely broad grant of power to the president is unconstitutional, and should be invalidated by the courts:

The Constitution provides that "all bills for raising revenue shall original in the House of Representatives." Moreover, only "the Congress shall have power to lay and collect taxes, duties, imposts, and excises" and to "regulate commerce with foreign nations." ("Duties" are a type of tax synonymous with "tariffs.")

Nowhere does the Constitution even hint at giving the president unilateral authority to lay any sort of tax or duty or to regulate commerce.

It is true that for years Congress has delegated various powers to the discretion of the executive branch. In most cases, those delegations have involved mere details, with Congress making fairly clear what its law entails but leaving specifics on how to implement it, via regulatory authority, to the executive bureaucracy. These other delegations, however, usually don't cede core congressional powers to the president.

As cited above, the powers to tax and to regulate commerce with foreign nations are core constitutional roles of Congress. Unlike most issues of delegated authority, they include not merely matters of interpreting Congress' slightly ambiguous will, but instead the forfeiture of entire congressional prerogatives specifically delineated in the Constitution….

The delegation of the power is itself abusive, on its face, of constitutional design. Trump's expansive use of it is not just abusive, but abominably so. It should not stand.

I agree with Hillyer on both the legislative and constitutional points. I am not optimistic, however, that Congress will actually pass a bill to repeal Section 232 anytime soon, or even significantly narrow its scope. Many Republicans will be reluctant to challenge Trump on an issue that is central to his political agenda. Many Democrats are protectionists themselves, and prominent Democratic presidential candidates Bernie Sanders and Elizabeth Warren have protectionist agendas at least as far-reaching as Trump's. Protectionist Democrats may be reluctant to curtail a power that could come in handy for a president of their own party. Even if a bill curbing Section 232 passes, it is unlikely to get a large enough majority to override Trump's virtually inevitable veto.

A legal challenge could potentially be more promising. However, it is worth noting that Hillyer isn't quite right to say that there is a "lack of court challenges against the delegation of that power to the president in the first place."  Earlier this year, the United States Court of International Trade issued a decision rejecting a challenge to Section 232 brought by business interests harmed by Trump's steel tariffs.

The court recognized that "the broad guideposts of subsections (c) and (d) of section 232 bestow flexibility on the President and seem to invite the President to regulate commerce by way of means reserved for Congress, leaving very few tools beyond his reach."  It also concedes that Section 232 effectively allows the president to impose tariffs on almost any imports of any kind, based on bogus "national security" concerns, because the statute does not permit courts to review either the president's motives or his "fact-finding." In addition, as the majority explains,  the law does not limit the countries whose products are subject to the president's power, the amount of the tariff he is allowed to impose, or its duration. While the statute creates a procedure for the Commerce Department to make findings on whether there is a genuine threat to national security, the president is not bound by those findings.  Thus, we get such absurdities as Trump's imposition of tariffs on Canadian steel (albeit, recently lifted), on the theory that they somehow pose a threat to "national security."

But the Court of International Trade still concluded that the Supreme Court's extremely permissive non-delegation precedents still required it. Those cases uphold delegation anytime it is based on an "intelligible principle," and that concept is defined so broadly that virtually any delegation can pass muster.

In a separate opinion, Judge Gary Katzmann implicitly urged the Supreme Court to strengthen the non-delegation doctrine and strike down Section 232. He pointed out that imposing tariffs is a "core legislative function" and asked: "If the delegation permitted by section 232, as now revealed, does not constitute excessive delegation in violation of the Constitution, what would?" Judge Katzmann is right. Giving the president the power to impose tariffs on virtually any imports for virtually any reason (so long as he claims it somehow relates to "national security") is surely an example of unconstitutional delegation, if anything ever can be.

In fairness, at the time Section 232 was enacted in 1962, there was a widespread assumption that the president could be trusted with the power to impose tariffs, because he was less likely to be "captured" by protectionist interests than more parochial members of Congress, some of whom are susceptible to lobbying by business and union interests who seek to keep out foreign competition. But even if this was true at the time, it's a questionable assumption in  the age of Trump, who made protectionism one of his key issues in winning the GOP primary in 2016.

The fact that Democrats like Sanders and Warren have adopted the same strategy suggests that the trend towards presidential protectionism may not be unique to Trump, and could outlast him. While majority public opinion has become more favorable to free trade in recent years, the bases of both major parties include a substantial number of economically ignorant voters who are susceptible to protectionist appeals. As Trump demonstrated in 2016, trade is one of those issues that most cleanly separates relatively knowledgeable voters from those who are much less so, and the latter have considerable clout in the primary process. A similar dynamic in the Democratic Party may help explain why most of the party's current presidential candidates have been unwilling to take a strong stance in favor of free trade, despite Democratic opinion increasingly trending in that  direction.

In my view, the Founding Fathers made a mistake when they gave the federal government nearly unconstrained power to enact restrictions on international trade. But that error is exacerbated when the authority to impose tariffs is concentrated in the hands of a single man or woman, who can slap them on virtually any goods for any reason.

Unfortunately, in June the Supreme Court refused to hear the Section 232 case decided by the Court of International Trade. But, around the same time, in the Gundy case, the conservative majority on the Court signaled that they might be willing to tighten up non-delegation standards in the future. If so, Section 232 would be a great place to start. It is a particularly egregious case of overbroad delegation, it causes great harm, and the issue does not divide people along strictly partisan lines.

There are both Republican and Democratic protectionists, but also many in both major parties who support free trade and recognize the great harm caused by tariffs. A Supreme court ruling invalidating Section 232 could not easily be condemned as narrowly ideological or partisan.

Ultimately, ending the unconstitutional delegation of tariff authority to the White House will probably require a combination of both legal and political action. The two are often mutually reinforcing, as was the case with many previous successful efforts to strengthen enforcement of constitutional constraints on abuses of government power.

The Court is more likely to strike down Section 232 if key swing justices believe they have the support of a formidable political movement that can minimize any potential backlash against the justices. And political leaders are more likely to stand up for free trade if there is a likelihood that doing so can help produce success in court, as well as in the legislative process.

UPDATE: I have made a few small additions to this post.