Randy E. Barnett is the Carmack Waterhouse Professor of Legal Theory at the Georgetown University Law Center, where he directs the Georgetown Center for the Constitution.

Professor Barnett’s publications includes twelve books, more than one hundred articles and reviews, as well as numerous op-eds. His most recent book is Our Republican Constitution: Securing the Liberty and Sovereignty of We the People (HarperCollins, 2016).

In 2004, he argued the medical marijuana case of Gonzalez v. Raich before the U.S. Supreme Court. In 2012, he was one of the lawyers representing the National Federation of Independent Business in its constitutional challenge to the Affordable Care Act. Recently, he appeared on PBS’s Constitution USA with Peter Sagal; and he portrayed a prosecutor in the 2010 science-fiction feature film, InAlienable.

The Georgetown Center for the Constitution honors his book, No Property in Man: Slavery and Antislavery at the Nation’s Founding

Recent Books on the Constitution

My seminar picks for this year (and every year since 2005)

Making the most of Zoom teaching 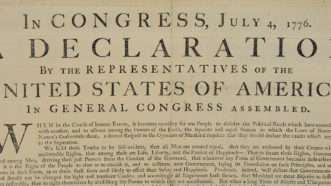 It officially adopted the political theory of the United States: securing the individual rights of We the People

This wolf comes as a wolf

"Saved by the Militia"

My Concluding Thoughts on Severability in Texas v. U.S.

Texas v. U.S.: Why the Individual Mandate is Still Unconstitutional

Are Con Law Professors Wrong Again About the Individual Mandate?

It officially adopted the political theory of the United States: securing the individual rights of We the People 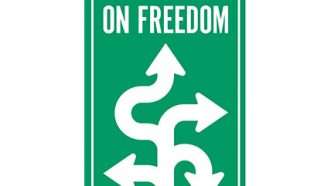 The Problem With Nudging People to Happiness

Cass Sunstein's latest book puts a lot of faith in the efficacy of government to structure our choices.

3 upcoming talks by authors that are open to the public

My talks on "The Myth of Substantive Due Process" [UPDATED]

Why both progressives and conservatives are wrong about "the due process of law."

The Case for Kavanaugh

How "judicial philosophy" figures into the decision to support or oppose a nominee.

And why write dissenting and concurring opinions?

What he said about his judicial philosophy

Saved by the Militia

My National Review Online Column After 9/11: In praise of the "unorganized" militia

The upside greatly outweighs any downside

It formally identified the political theory of the United States: securing the individual rights of We the People

A question for our nonoriginalist readers…

Do you really want President Trump to pick a nonoriginalist Justice?

Which justice was the closest to Justice Kennedy?

This term, it was Roberts; #2 was Gorsuch 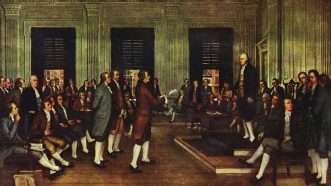 Books on the Constitution for Libertarians and Conservatives

Gary Lawson & Guy Seidman awarded $50,000 for their book, A Great Power of Attorney:

Conversation on Modes of Constitutional Interpretation

No Arbitrary Power: An Originalist Theory of the Due Process of Law

A new paper explaining why the original meaning of the "due process of law" requires a substantive process. 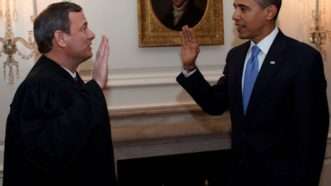 The New Challenge to Obamacare

Is this a chance for the Supreme Court to correct its constitutional mistake?

A new video overview of American constitutional law for law students--or anyone who wants an accessible explanation of the canonical and anticanonical decisions of the Supreme Court.

Teaching the Canon and the Anti-canon of constitutional law

Presenting a "unified" theory of Originalism

"The end of Originalism" Round Two: Ledewitz doubles down

Does Trinity Lutheran mark the "end of originalism"?

Dorf on the stakes of the Originalism/Textualism debate

Five recent books on the Constitution

Under the original meaning of Article IV, can a woman be extradited?