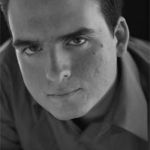 Previously, Weigel served as an editorial assistant at USA Today‘s editorial page and as a reporter for Campaigns & Elections.

Weigel has written for the Los Angeles Times, Money, Radar, Time.com, The Politico, The American Spectator, The American Conservative, The American Prospect and numerous other publications.

Weigel is a graduate of Northwestern University, where he received a B.A. in journalism and political science.

How Big Is Small?

Where Did It All Go Wrong?

A thrilling and dispiriting year for libertarian politics

If the Governor Does It, That Means It Is Not Illegal

Return of the Blacks

I Plumb, Therefore I Am

The Future is a 73-Year Old Man

An exit interview with the 2008 Libertarian candidate for president

I For One Welcome Our New Mustachioed Overlords

Dammit, Janet, I Love You

Weigel vs. Lilly: The Saga Continues

Weigel vs. Lilly, Round Two

Does Rahm Emanuel represent a "new tone" in Washington?

Ryan Sager Will Have His Revenge on Salt Lake City

Up the road from Atlanta's election ecstasy, the Libertarian campaign sputters to a close

Fun Election Facts for the Kids

Georgia on Their Minds