About 42 percent of Americans now actively avoid news coverage, according to the Reuters Institute's 2022 Digital News Report. That's up from 38 percent in 2017. Nearly half of Americans who've turned away from the news say that they are doing so because it has a negative effect on their mood. As it happens, a new study in the journal PLoS One tracking the headlines in 47 publications popular in the United States reports that they have trended decidedly negative over the past two decades. Coincidence?

In their study, the team of New Zealand-based media researchers used a language model trained to categorize as positive or negative the sentiments of 23 million headlines between 2000 and 2019. In addition, the model was finetuned to identify Ekman's six basic emotions (anger, disgust, fear, joy, sadness, surprise), plus neutral, to label the headlines automatically. Using the 2019 Allsides Media Bias Chart, the publications were ideologically categorized as left, right, or center. For example, The New Yorker, the New York Times Opinion, and Mother Jones were identified as left; National Review, Fox News Opinion, and The New York Post as right; and A.P., Reuters, and The Wall Street Journal as center. (Reason was pegged as right-leaning.) 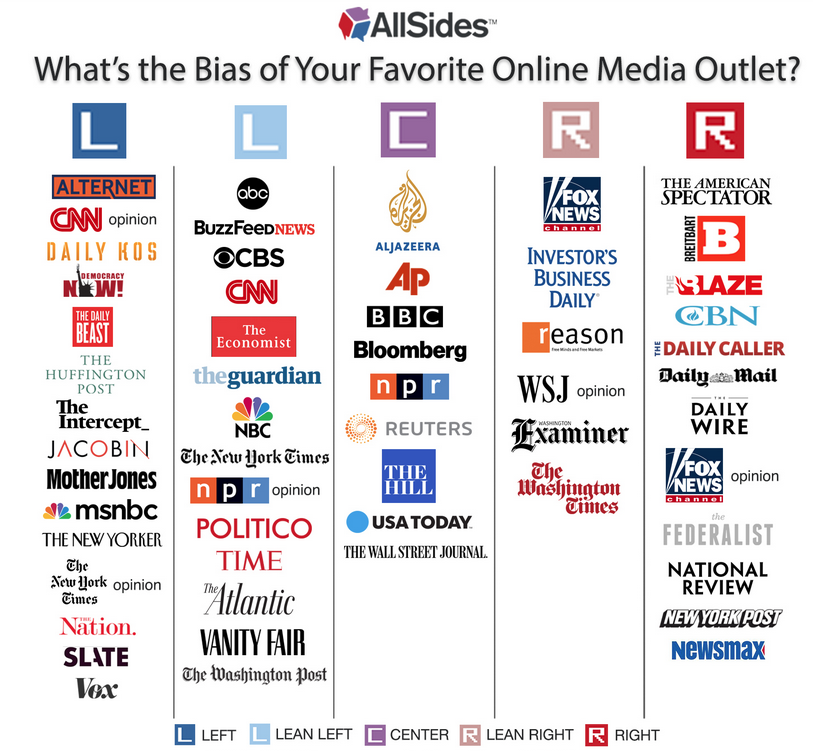 After turning their language model loose on the millions of headlines, the researchers found "an increase of sentiment negativity in headlines across written news media since the year 2000." 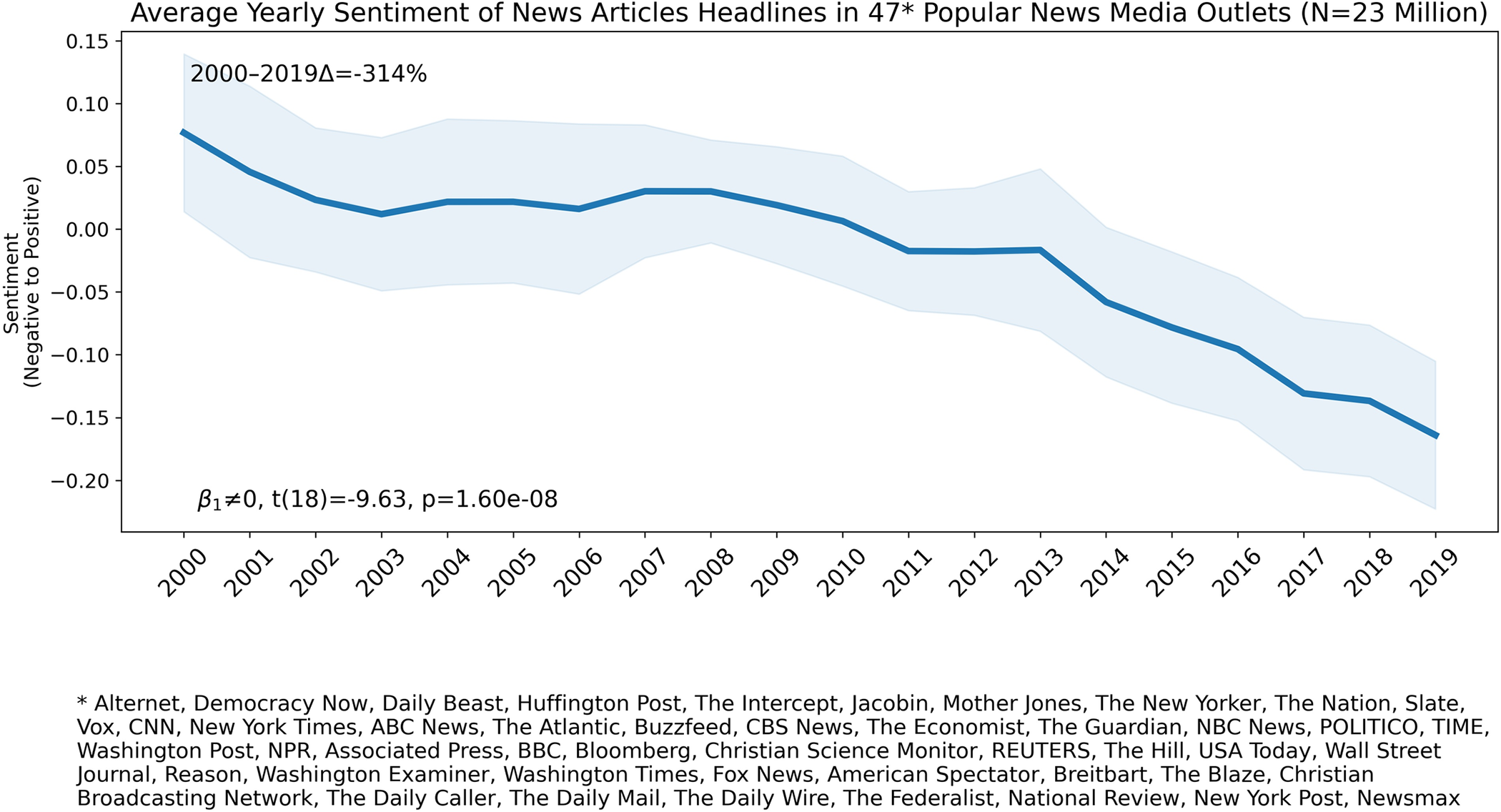 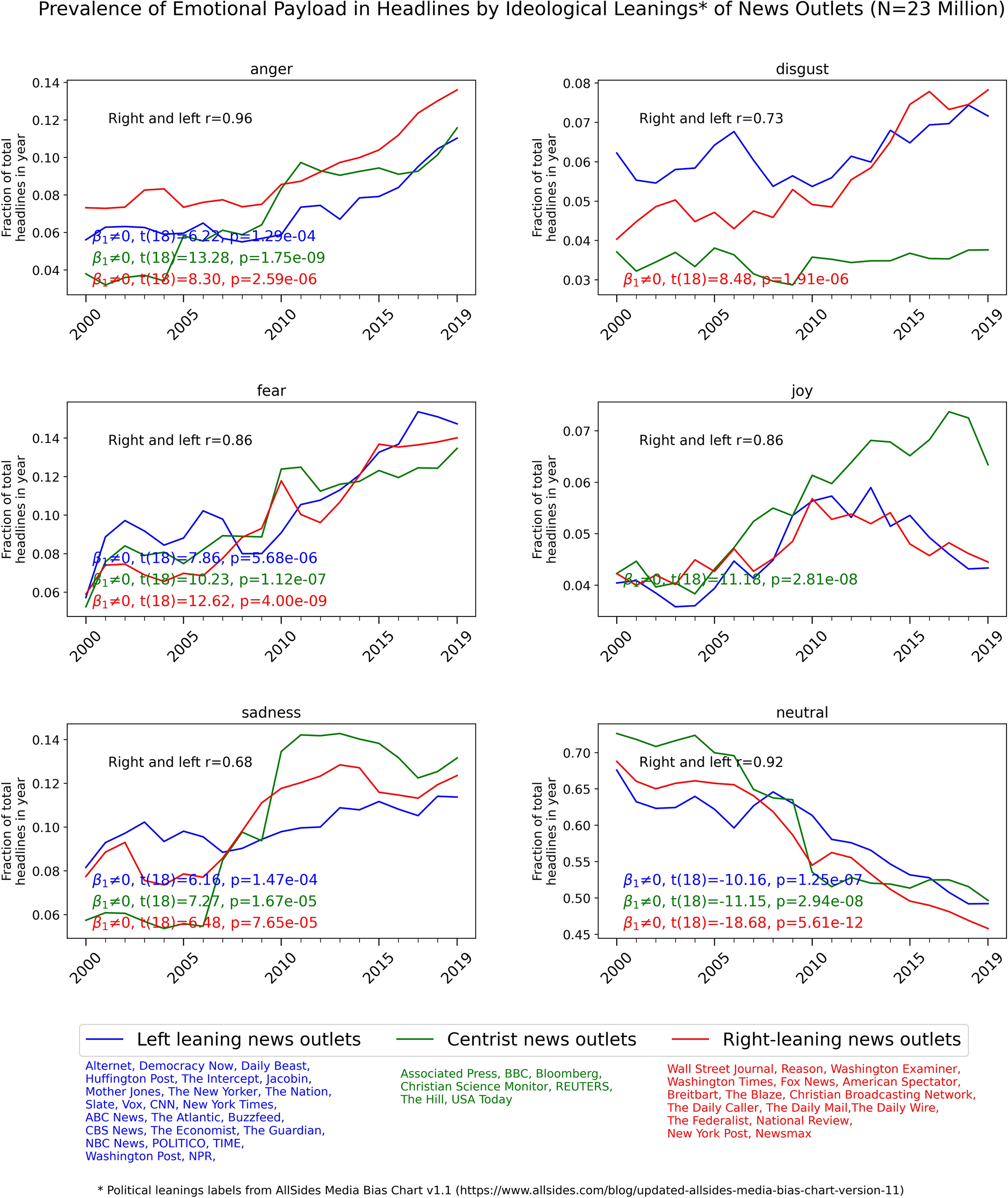 Why are negative headlines becoming more prevalent? "If it bleeds, it leads" is a hoary journalistic aphorism summarizing the well-known fact that dramatic, even gory, stories engage the attention of news consumers. In other words, journalists are supplying news consumers with what they want. Given the global reach of modern news media, there is always some attention-grabbing horror that occurred somewhere that can be highlighted between weather and sports on your local TV news.

Journalistic catering to people's negativity bias ends up misleading a lot of their audiences into thinking that the state of the world is getting worse and worse. However, looking at long term trends, the opposite is the case. Yes, yes, there are wars in Ukraine, Ethiopia, and Yemen and, of course, a global pandemic during the past two years has killed around 6.5 million people so far. "For reasons I have never understood, people like to hear that the world is going to hell, and become huffy and scornful when some idiotic optimist intrudes on their pleasure," wrote economist Deidre McCloskey. "Yet pessimism has consistently been a poor guide to the modern economic world."

As one of those idiotic optimists, I have spent much of my reporting life refuting apocalyptic claims and pointing to the enormous amount of progress humanity has made since the Enlightenment. For example, my co-author Marian Tupy and I cite uncontroversial data in Ten Global Trends Every Smart Person Should Know showing the enormous and ongoing increase in human wellbeing that has occurred over the past 100 years. For example, global per capita income rose (in real dollars) from $2,000 in 1900 to nearly $15,000 by 2016. Consequently, the proportion of global population living in absolute poverty ($1.90 per day or less) has dropped from 84 percent to under 9 percent. In addition, global life expectancy more than doubled from an average of 30 years in 1820 to 72 years now. And deaths from natural disasters have declined by nearly 99 percent since the 1920s. With respect to the U.S. we document, among other trends, the steep decline in racist attitudes, e.g., between 1958 and 2002 the percentage of whites who said that they approved racial intermarriage rose from 4 to 90 percent. In addition, while the U.S. economy grew more than 250 percent since 1970, overall air pollution fell by 74 percent.

In any case, the New Zealand researchers ultimately say that their study cannot tell whether the increase in negative news media headlines expresses a wider societal mood or if they are instead reflecting sentiments being pushed by those creating news content. "Financial incentives to maximize click-through ratios could be at play in increasing the sentiment polarity and emotional charge of headlines over time," they speculate. "Conceivably, the temptation of shaping the sentiment and emotional undertones of news headlines to advance political agendas could also be playing a role." Both seem likely.

Of course, these trends and incentives are likely activating a pernicious positive feedback loop in which a sour social and political mood engenders dismal headlines which in turn further demoralizes people and so forth. No wonder more Americans are actively avoiding the news.