The V-chip, a device designed to let parents block TV shows that they don't want their kids to see, was always doomed to disappoint the social conservatives who pushed for something like it. An assortment of those conservatives—including officials from the Parents Television Council, the American Family Association, Morality in Media, and many similar groups—have just declared their displeasure in an open letter to the Federal Communications Commission.

The most important thing to understand here is that the V-chip never really did what its proponents promised it would do. Twenty years ago, President Bill Clinton pushed it as a form of "parental control," and that phrase keeps recurring when people discuss the technology. Yet parents do not have much say in which programs the chip will block. A distant committee assigns a rating to each TV program, and users then decide what ratings will be filtered from their sets. If Dad disagrees with the committee's judgment about which shows get which ratings, he's S.O.L. 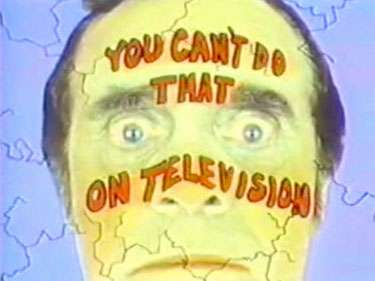 Needless to say, plenty of people are going to disagree with the committee's judgment. Parents are offended by different things, and kids are scared of different things; there's a big, diverse world out there, and no single set of decisions is going to please everyone in it. But groups like the ones behind this letter are especially likely to object to the ratings.

The ratings-makers, you see, mostly come from the TV industry. (As the letter-writers put it sourly, "the body charged with oversight of the television content ratings system is comprised of those whom it is supposed to be monitoring.") And from the industry's point of view, there is a rough social consensus out there as to what sort of programming is acceptable; its task is to figure out those preferences and then reflect them. Groups like the American Family Association, by contrast, want to change the consensus. Their core constituency consists of people who feel left behind by shifting social mores. They're going to be disappointed with the V-chip directorate's decisions no matter how conscientiously the committee approaches its task, because it has a fundamentally different attitude toward the task in question.

So have the letter-writers realized the folly of their ways and given up on the V-chip dream? No, of course not; that's against their domineering nature. They just want people like them to run the committee. "The first step toward correcting the egregious problems with the TV ratings system," they declare, "must include an overhaul of the self-serving Oversight Monitoring Board."

Meanwhile, we're barreling past the Cable Age into an era when "television" dwells online. Traditional TV isn't dead, but it's dwindling; each year, a system calibrated for the old broadcast-TV world is going to strike more and more people as anachronistic and useless. The V-chip never was going to give social conservatives what they wanted, and pretty soon we'll reach a day when it doesn't even give them the system they got instead.

Bonus link: Back in 2004, after one of Janet Jackson's areolae made a surprise cameo at the Super Bowl, I made a similar point about the FCC's indecency regulations:

[T]he war on indecency isn't going to do what its supporters want it to do. It might chill a lot of speech and cost some broadcasters a lot of money, but the angry mammophobes pushing the FCC to regulate the airwaves more harshly aren't mad merely because one nipple popped out on national TV and one rock star said the F-word at an awards ceremony. The whole halftime show was smutty, not just the flash at the climax; and you can't walk two blocks in any densely populated area without hearing someone cursing. Social mores have changed considerably in the last four decades, and the FCC isn't exactly equipped to change them back again. So no matter how much the government does, there's going to be pressure on it to do more; the censors' victories will feel as frustrating as their defeats. That's why it's possible for [FCC Commissioner] Michael Copps to wail that his commission isn't "taking a firm stand against indecency on the airwaves" even as it's taking its firmest stand in years.

You can read the rest here.

Bonus link #2: One person who signed the letter to the FCC is Nell Minow, daughter of former FCC chief Newton Minow. And it was 55 years ago today that Minow delivered a famous speech declaring TV a "vast wasteland." For more on Minow's misbegotten speech, go here.

The Pandemic Will Make Kids or Break Them