Jim Webb—a Vietnam veteran, former secretary of the Navy, and former Virginia senator—has been looking at a possible run for the Democratic presidential nomination. He's a longshot, but he's an interesting longshot. (The longshots are almost always more interesting than the frontrunners.) Webb mixes populist economic rhetoric, a Southern Scots-Irish cultural style that isn't always P.C., a relatively antiwar foreign policy, and a strong interest in rolling back the carceral state; his communication director, Craig Crawford, has said the potential candidate wants "to unite urban blacks and rural whites." All of which reminds me, in a through-the-looking-glass way, of Rand Paul's mix of Tea Party economics, (diminishing) opposition to intervention abroad, and black outreach wrapped in pleas for criminal justice reform. There are obvious and substantial differences between Paul and Webb, but they stand out from the rest of their parties in similar ways.

So I was interested to read Webb's remarks about Paul in this Vox interview: 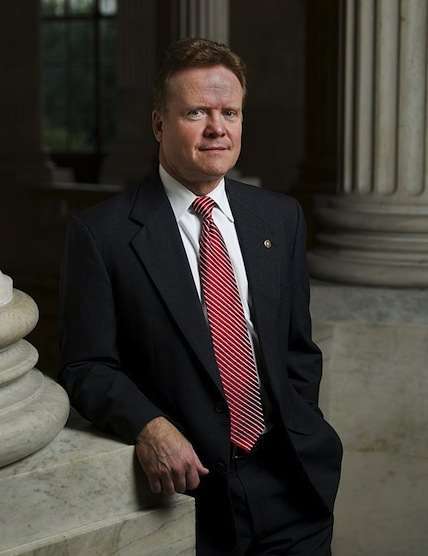 Ezra Klein: Have you been following the fight Rand Paul has sparked inside the Republican Party over their foreign policy?

Ezra Klein: I'm curious what you think about it.

Jim Webb: I'm not going to make any judgment for the Republican Party on its policies, but I think there was a time, like when I was in the Senate, when the John McCain faction was so loud that a lot of the Republican Party was intimidated by it, to the point that it was difficult to have discussions on what other options were. But I would let Republicans sort that out for themselves.

But speaking of Rand Paul, one of the great ironies for me, having spent all this time on criminal justice reform, is how the Democrats have basically ceded this incredibly important issue to the Republicans, and Rand Paul's the guy who's been running with it.

If I had to look at two issues that I believe we should really put on the front of the burner, that cost us billions and marginalize people, the first is criminal justice reform. We lose billions and billions of dollars every year in terms of lost talent. At the same time, there are career criminals, and they deserve, essentially, what they get.

Thaddeus Russell | From the August/September 2021 issue

Maine Voters To Decide on Constitutional 'Right to Food'

Who Gets To Decide the Truth?

Jonathan Rauch | From the August/September 2021 issue

The FBI Destroyed This Man's Life With Bogus Spying Accusations

Man Says Oklahoma Police Seized $140K From Him Without Cause