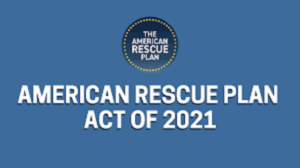 On January 20, in West Virginia v. Department of Treasury, the US Court of Appeals for the Eleventh Circuit became the second federal appellate court to rule that the "tax mandate" provision of the 2021 Covid stimulus bill (officially called the American Rescue Plan Act) is unconstitutional, because it doesn't clearly state the condition states are subject to.

ARPA gave hundreds of billions of dollars in grants to state governments. But states that accept the money must obey various conditions, including the tax mandate requirement, which bars states from using the grant money "to either directly or indirectly offset a reduction in [their] net tax revenue" that results from a change in law that "reduces any tax" between the time ARPA was enacted and December 31, 2024.

Longstanding Supreme Court precedent in cases such as Pennhurst v. Halderman (1981), and South Dakota v. Dole (1987) states that if the federal government imposes conditions on grants to state governments, it must do so "unambiguously" in a statute enacted by Congress. Courts take this rule seriously. Just as the Trump Administration which suffered repeated defeats in its efforts to use spending grant conditions to pressure sanctuary cities into doing its bidding. Courts repeatedly ruled against Trump because the conditions he sought to impose on state and local government recipients of various federal grants were not clearly authorized by Congress.

When the tax mandate was enacted, I predicted that it could well suffer the same fate, because the Biden Administration could not make its requirements clear without creating rules that were never unambiguously authorized by Congress.

That's exactly what the Eleventh Circuit ruled in West Virginia, a lawsuit challenging the tax mandate brought by thirteen Republican-controlled state governments. Upholding a district court ruling against the mandate, the court found three major ambiguities in the statute:

[T]he Rescue Plan's offset provision forbids states from using recovery funds "to either directly or indirectly offset a reduction in [their] net tax revenue . . . resulting from a change in law, regulation, or administrative interpretation . . . that reduces any tax." 42 U.S.C. § 802(c)(2)(A). Certain parts of this provision are clear enough…..

First and most importantly, the offset provision does not provide a standard against which a state can assess whether it will reduce or has reduced net tax revenue. The prohibition on any "reduction in the net tax revenue" presupposes a baseline against which to measure a potential reduction. Reduced as compared to what? The Rescue Plan does not offer a baseline….

Second, the Rescue Plan's prohibition against "either directly or indirectly offset[ting]" net tax reductions with recovery funds exacerbates this ascertainability problem…. Even if we accept that everyone understands what constitutes a "direct" offset, Section 802 does not explain what constitutes an "indirect" offset. The Secretary [of the Treasury's] illustrations of the difference between "direct" and "indirect" offsets fail to clear this fog…. [B]ecause money is fungible, the Secretary could always assert a plausible argument that a state, after a tax cut, committed an unlawful indirect offset of the attendant revenue shortfall.….

Third, we think the Rescue Plan's novelty and scope compound these problems. Though "[l]egislative novelty is not necessarily fatal," it raises a red flag. NFIB, 567 U.S. at 549 (opinion of Roberts, C.J.). Indeed, "lack of historical precedent" often signals a "severe constitutional problem." Free Enter. Fund v. Pub. Co. Acct. Oversight Bd., 561 U.S. 477, 505 (2010)…. And we cannot ignore that Congress has aimed this novel restriction at each state's entire budget and every single one of its taxes. The States face billions of dollars in potential recoupment actions and must ensure that every tax and tax rate comply with this condition.…. The Rescue Plan's novelty and scope make it even more important that Congress speak with a clear voice.

I am not convinced that novelty should play any significant role in the analysis. A novel but clear condition can still be properly unambiguous, and novelty doesn't necessarily make a condition more ambiguous than it would be otherwise. But the court's first two points are sound. And the ruling is also right to note that the ambiguity is exacerbated by the enormous scope of the mandate.

So far, none of the eight judges who have ruled on the merits of the tax mandate issue (six circuit judges and three district court judges, including one in Ohio whose ruling was later overturned on procedural grounds) have voted to uphold its legality. That's not a great track record for the Biden Administration!

However, the Sixth and Eighth Circuits did dismiss some state lawsuits against the mandate on procedural grounds of mootness and standing. I won't go into these issues in detail. But it seems to me the Eleventh Circuit was clearly right to rule that a state that accepted ARPA grants and recently cut taxes or plans to do so before the end of 2024 clearly has standing to raise the ambiguity issue.

The judicial unanimity on the merits reduces the likelihood this question will get to the Supreme Court. But perhaps the justices will want to take the issue anyway to clarify the standing questions, and also to ensure there is a uniform nationwide resolution.

In the meantime, the Sixth and Eleventh Circuit rulings have between them blocked enforcement of the tax mandate against a total of fourteen states. Other states who want to defy the mandate now know they have a good chance of prevailing on the merits if they challenge it.

In addition to the ambiguity issue, the states in these cases also argue that the tax mandate is unconstitutionally "coercive." This is a tougher issue than the other, and the two appellate courts have largely avoided reaching it, because the cases could be resolved in favor of the states without it. The same goes for claims that the mandate violates the Tenth Amendment.

Finally, as I pointed out in my very first post on this issue, there is a good deal of political hypocrisy here on the part of the various litigants. But that doesn't change the merits of the cases:

There is more than a hint of "fair weather federalism" in this litigation. Many, perhaps most, of the "red state" officials who [claim the tax mandate is unconstitutional] had no objection to Trump's efforts to use federal grants to pressure sanctuary cities. For their part, many Democrats who backed legal challenges to Trump's sanctuary city policies, are happy to back the ARPA conditions (though some on the left did engage in more systematic rethinking of federalism in the Trump era).

More generally, Ohio and other red states objecting to the ARPA tax condition seem happy to get federal funds, so long as there are no unpleasant conditions attached. Given the generally modest impact of the Covid crisis on the fiscal condition of most states, it would be better to do away with the ARPA grants entirely. A giant handout for states, regardless of any real need, promotes dependency and creates incentives for future profligacy….

Be that as it may, the ignoble motives of many of the politicians involved don't change the constitutional issue. The tax condition likely violates the requirement that federal grant requirements must be "unambiguous." There is also a solid—though much less conclusive—argument that it is "coercive."