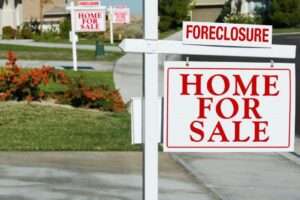 On Friday, the Supreme Court decided to hear a case challenging the constitutionality of a Minnesota state law empowering local governments to seize the entire value of a property in order to pay off a much smaller delinquent property tax debt. The property owner in the case – 93-year-old widow Geraldine Tyler – argues that this kind of uncompensated seizure of home equity violates the Takings Clause of the Fifth Amendment, which requires government to pay "just compensation" anytime it takes private property, and the Excessive Fines Clause of the Eighth Amendment.

The case has important implications beyond Minnesota. Ten other states have laws that allow similar "home equity theft." In addition, the case might help resolve the longstanding debate over whether  property rights under the Takings Clause are purely a product of state law, and therefore subject to elimination by state legislation.

The Pacific Legal Foundation, the public interest law firm representing Tyler, has a helpful summary of the facts:

As an elderly widow living alone, Geraldine Tyler was doing just fine in the one-bedroom condo she owned in Minneapolis. That is, until 2010, when a rise in neighborhood crime and frightening incidents near her home alarmed Geraldine and her family and prompted her hasty move to a safer area, where she rented an apartment.

Once Geraldine moved, she could no longer afford the property taxes on her condo in addition to the rent on her apartment. The taxes piled up, and Tyler accrued a $2,300 debt. In 2015, when the total tax debt, including penalties, interest, and fees, was $15,000, Hennepin County, Minnesota, seized the condo and sold it one year later for $40,000. Instead of keeping the $15,000 it was owed and refunding Geraldine the sale surplus, the county kept all of the $40,000.

The US Court of Appeals for the 8th Circuit ruled for the government, concluding that Tyler had no constitutional  property right in her home equity because property rights are ultimately a product of state law, and the Minnesota state legislature had abolished the rights in question by passing a statute eliminating them:

Whether a property interest exists "is determined by reference to existing rules or understandings that stem from an independent source such as state law." Phillips v. Wash. Legal Found., 524 U.S. 156, 164 (1998) (internal quotation omitted). Wetherefore look to Minnesota law to determine whether Tyler has a property interestin surplus equity.

We conclude that any common-law right to surplus equity recognized in Farnham has been abrogated by statute. In 1935, the Minnesota legislature augmented its tax forfeiture plan with detailed instructions regarding the distribution of all "net proceeds from the sale and/or rental of any parcel of forfeited land." 1935 Minn. Laws, ch. 386, § 8. The statute allocated the entire surplus to various entities but allowed for no distribution of net proceeds to the former landowner. The necessary implication is that the 1935 statute abrogated any common-law rule that gave a former landowner a right to surplus equity.

The court goes on to conclude that current Minnesota tax foreclosure law is similar to the 1935 statute in stripping property owners' rights to surplus home equity.

A recent Sixth Circuit ruling in a similar home equity theft case effectively highlighted the flaw in this reasoning:

True, the federal "Constitution protects rather than creates property interests," which means that "the existence of a property interest," for purposes of whether one was taken, "is determined by reference to existing rules or understandings that stem from an independent source such as state law." Phillips v. Washington Legal Foundation, 524 U.S. 156, 164 (1998…  But the Takings Clause would be a dead letter if a state could simply exclude from its definition of property any interest that the state wished to take. To the contrary, rather, "a State may not sidestep the Takings Clause by disavowing traditional property interests long recognized under state law…"Id. at 167.

The question, then, is whether Michigan likewise disavowed traditional property interests merely by defining them away in its General Property Tax Act. The interest that the plaintiffs invoke here, again, is an entitlement to the equity in their homes—pursuant to principles long articulated by courts of equity, before their merger centuries later with courts of law….

I explained the significance of this issue in a post on the Sixth Circuit case, which also notes key reasons why the reasoning like that of the Eighth Circuit should be rejected:

This ruling is part of a longstanding debate over the extent to which the property rights protected by the Takings Clause are purely defined by state law (in which case the state can often avoid takings liability simply by redefining them), or whether they are also defined by some combination of general legal tradition and natural law. The Sixth Circuit  is right to conclude that broader legal principles constrain the states here. But I would add that, at least as a matter of original meaning, states are also constrained by natural law understandings of property rights. I briefly cover this point in this article (pp. 52-53), and also in Chapter 2 of my book The Grasping Hand.

Given the high value the Founders placed on property rights, it would be strange—to say the least—if these constitutional rights were left entirely at the mercy of state governments to redefine as they please, because state law protects them and plays a key role in defining their scope. The same logic would equally justify allowing states to redefine the scope of many other constitutional rights. For example, rights to speech and bodily autonomy could similarly be left to the discretion of the states on the theory that state law historically defined the scope of protection against assault and battery, and the extent to which speech could be restricted by laws against libel, slander, sedition, and blasphemy.

I am guardedly optimistic that the Supreme Court will overturn the Eighth Circuit ruling and adopt something close to the approach embraced by the Sixth Circuit, and a number of other federal and state courts, such as the Michigan Supreme Court in the 2020 San Rafaeli case (decided under the Michigan State Constitution). While many property rights cases tend to split the justices along predictable left-right ideological lines, it is possible this one will not, as liberal justices may see the egregious nature of home equity theft, an the way it tends to victimize the relatively poor and disadvantaged. The facts of the Tyler case drive home this point well.

In addition to the Takings Clause issue, the case also raises the question of whether home equity theft violates the Excessive Fines Clause of the Eighth Amendment. This issue is a tougher one than the Takings Clause question, and I will perhaps return to it at a future time. If, as I tentatively expect, the Supreme Court rules in favor of Tyler under the Takings Clause, it may not even need to address the other issue.

NOTE: In both Tyler and the Sixth Circuit case the the property owners were represented by the Pacific Legal Foundation, which is also my wife's employer. She, however, was not involved in either case.