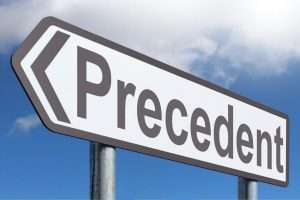 In reality, the Supreme Court has gutted rights-protective precedents on multiple occasions – including some of its most prominent rulings. That history doesn't necessarily justify overruling Roe v. Wade. It may even counsel against it. But it is worth considering, nonetheless.

Perhaps the best-known example of the Court reversing precedents that protected individual rights is the abolition of protection for economic liberties in West Coast Hotel v. Parrish (1937) and other subsequent rulings. This wasn't just a matter reversing the Court's much-reviled decision in Lochner v. New York (1905). The Court also gutted numerous other decisions protecting economic liberties under the Due Process Clause of the Fourteenth Amendment, many of which long predated Lochner. Indeed, as co-blogger David Bernstein documents in his excellent book about Lochner, the latter wasn't even considered a significant decision by most commentators in 1905, because it was in line with extensive earlier precedent.

In the unlikely event that the Court decides not to reverse Roe based on such a presumption, I would be happy to see it! But, of course, my view of these prior reversals is very much at odds with conventional wisdom, especially when it comes to West Coast Hotel and Blaisdell. Most jurists and legal scholars – especially those on the left – applaud these rulings.