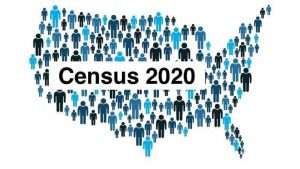 Concerned about the reporting delay, and its effect on decennial redistricting, Ohio sued. In 2018 Ohio voters approved a new redistricting process, and the Ohio Constitution requires that redistricting occur in 2021, and the state needs Census data to complete the task. Thus Ohio filed suit in February seeking to force the Census to meet the March 31 deadline.

On March 24, one week before the data was due to the states, Judge Thomas Rose of the U.S. District Court for the Southern District of Ohio concluded that Ohio lacked standing and dismissed the case. Among other things, Judge Rose concluded that because the relevant statutory deadlines could not be met, any injury Ohio suffered was not redressable, as is required under existing standing doctrine.

Ohio appealed. On May 18, a unanimous panel of the U.S. Court of Appeals for the Sixth Circuit reversed in an amazingly brief, unpublished opinion. In an opinion less than two pages long the court dispatched the district court's erroneous conclusion. The opinion reads, in its entirety:

The Census Act requires the Secretary of Commerce to deliver population data to the states by April 1, 2021. 13 U.S.C. § 141. Under Ohio's Constitution, Ohio uses that data to redraw its state and federal voting districts. The Secretary failed to meet the statutory deadline, so Ohio sued. It asked the district court to order the data released at "the earliest possible date." R. 1, Pg. ID 16. The district court held that Ohio lacked standing and dismissed the case. We conclude that Ohio has standing and reverse and remand.

Ohio meets all three requirements for standing: (1) injury in fact, (2) traceability, and (3) redressability. Lujan v. Defs. of Wildlife, 504 U.S. 555, 560–61 (1992). First, Ohio suffered(and continues to suffer) an informational injury because the Secretary failed to deliver Ohio's data as the Census Act requires. Fed. Election Comm'n v. Akins, 524 U.S. 11, 21 (1998); Pub. Citizen v. U.S. Dep't of Justice, 491 U.S. 440, 448–50 (1989). Second, the injury is traceable to the Secretary because Ohio's informational injury is the direct result of the Secretary's failure to produce the required data. Am. Canoe Ass'n, Inc. v. City of Louisa Water & Sewer Comm'n, 389 F.3d 536, 543 (6th Cir. 2004). And third, Ohio's injury is redressable. The Census Bureau  represents that it can deliver Ohio's data in a "legacy format" by August 16, 2021—well before the September 30, 2021, projection that the agency previously identified. Whitehorne Decl., Appellate R. 33, p. 2. Although Ohio would prefer to get its data sooner, Ohio agrees that an August 16 delivery would allow it to complete its redistricting process. But Ohio currently has no assurance that the federal government will live up to its most recent representation. So at the very least, monitoring by the district court could move the proceedings along and provide Ohio with some redress.

For these reasons, we conclude that Ohio has standing and remand the case to the district court. With only three months until the proffered resolution date, the district court should treat this matter expediently and hold a hearing to determine what remedy (if any) is appropriate.

That's it. That's the whole opinion.

The panel likely made quick work of the district court opinion because time is of the essence. In other circumstances, there was much more the court could have said about the district court's opinion. Among other things, the suggestion that the government's failure to meet statutory deadlines could defeat standing would create exceedingly perverse incentives for federal agencies. It would, in effect, reward dilatory behavior by excusing tardy agencies from their legal obligations. There are certainly cases in which a failure to act might render a claim moot, but that is not what the district court held.

We will see whether the Census is able to meet its own projections for delivering the relevant data. What should be clear is that states entitled to such data have standing to sue to force the agency's hand.