Reason is supported by:
David Giordano 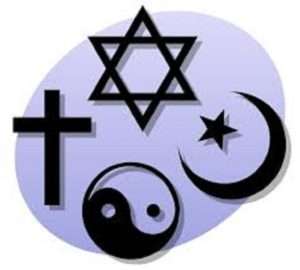 Religious liberty cases often split the Supreme Court along predictable right vs. left ideological lines. In recent years, several such cases have been among the most contentious and controversial decided by the justices. Today, however, the Court decided an important religious liberty issue, and achieved complete unanimity. In Tanzin v. Tanvir, the justices agreed that the Religious Freedom Restoration Act allows plaintiffs to get money damages against individual federal officials who have violated their rights. The decision was written by conservative Justice Clarence Thomas, and joined by all seven other justices who heard the case (newly appointed Justice Amy Coney Barrett did not take part because she wasn't yet on the Court when the case was argued). I previously wrote about the issues at stake in the case here.

Here are some key passages from Thomas' opinion for the Court:

The Religious Freedom Restoration Act of 1993 (RFRA) prohibits the Federal Government from imposing substantial burdens on religious exercise, absent a compelling interest pursued through the least restrictive means. 107 Stat. 1488, 42 U. S. C. §2000bb et seq. It also gives a person whose religious exercise has been unlawfully burdened the right to seek "appropriate relief." The question here is whether "appropriate relief " includes claims for money damages against Government officials in their individual capacities. We hold that it does….

Respondents Muhammad Tanvir, Jameel Algibhah, and Naveed Shinwari are practicing Muslims who claim that Federal Bureau of Investigation agents placed them on the No Fly List in retaliation for their refusal to act as informants against their religious communities. Respondents sued various agents in their official capacities, seeking removal from the No Fly List. They also sued the agents in their individual capacities for money damages. According to respondents, the retaliation cost them substantial sums of money: airline tickets wasted and income from job opportunities lost…..

We first have to determine if injured parties can sue Government officials in their personal capacities. RFRA's text provides a clear answer: They can. Persons may sue and obtain relief "against a government," §2000bb–1(c), which is defined to include "a branch, department, agency, instrumentality, and official (or other person acting under color of law) of the United States." §2000bb–2(1) (emphasis added)….

The question then becomes what "appropriate relief " entails. Without a statutory definition, we turn to the phrase's plain meaning at the time of enactment…. "Appropriate" means "[s]pecially fitted or suitable, proper." 1 Oxford English Dictionary, at 586; see also Merriam-Webster's Collegiate Dictionary 57 (10th ed. 1996) ("especially suitable or compatible"). Because this language is "open-ended" on its face, what relief is " 'appropriate' " is "inherently context dependent." Sossamon v. Texas, 563 U. S. 277, 286 (2011) (interpreting identical language).

In the context of suits against Government officials, damages have long been awarded as appropriate relief….

A damages remedy is not just "appropriate" relief as viewed through the lens of suits against Government employees. It is also the only form of relief that can remedy some RFRA violations. For certain injuries, such as respondents' wasted plane tickets, effective relief consists of damages, not an injunction. See, e.g., DeMarco v. Davis, 914 F. 3d 383, 390 (CA5 2019) (destruction of religious property); Yang v. Sturner, 728 F. Supp. 845 (RI 1990), opinion withdrawn 750 F. Supp. 558 (RI 1990) (autopsy of son that violated Hmong beliefs)….  [I]t would be odd to construe RFRA in a manner that prevents courts from awarding such relief.

As Thomas notes, this ruling is important because money damages are often the only available remedy for RFRA plaintiffs. This is one such case, because there is no other way to compensate the plaintiffs for the losses they suffered as a result of the FBI's discriminatory decision to place them on the No Fly List.

Given the strength of the plaintiffs' case, it is not surprising the Court ruled in their favor. But it is notable that the ruling was so clear and unanimous. After oral argument, some observers, myself included, thought that a number of conservative justices might vote in favor of the government, or that at least we would get a fractured decision with various concurring opinions limiting its effect. That obviously didn't happen. The Court was unanimous, and Thomas's opinion doesn't hedge or mince any words.

In addition to being a win for the plaintiffs and future RFRA claimants seeking money damages, the ruling is also a rebuke to the Trump administration. Despite its supposed emphasis on championing religious liberty, the administration had taken the position that law enforcement agents cannot be subject to money damages in such cases.

The ruling also cuts against claims that the Court—especially the conservative justices—is only sympathetic to religious liberties claims when the plaintiffs are Christians, and especially hostile when they are Muslims. In this case, the claimants were Muslims going up against a major federal law enforcement agency. Yet they won a unanimous Supreme Court ruling.

I yield to no one (or at least to very few) in my opposition to the Court's terrible ruling in the 2018 travel ban case, which also involved discrimination against Muslims. But I also think that result was caused not by double standards against Muslims on the part of the justices, but by a more general double standard applied in immigration cases, where many constitutional rights are given far weaker protection than they would get in other contexts. That double standard is badly misguided and should be eliminated. But it is not the same thing as discrimination by the courts against Muslims, as such. The first step towards getting rid of the pernicious travel ban ruling is recognizing how it came about in the first place. Hopefully, the day will come when the Court overrules it.

In the meantime, this case stands as an important win for religious freedom, and a setback for the Trump administration and abusive federal officials. The result also adds to the extensive evidence that—at least outside the immigration context—the courts are actually doing a good job of protecting religious liberty, which today enjoys stronger judicial protection than at virtually any other time in US history.