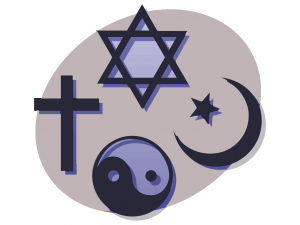 In an excellent recent article, conservative legal commentator and longtime religious liberty litigator David French explains why current law protects religious liberty far more than many people—particularly many conservatives—think. French makes many good points, and I agree with nearly everything he says. I do have two  reservations about his conclusion, however. One relates to the specific field of immigration law, which is a major exception to his thesis. The second is the growing tendency of many on both right and left to vary their approach to religious liberty issues depending on whose ox is being gored. The latter does not in itself change the nature of current legal doctrine. But it could have negative effects down the road.

Here are some of the excellent points French makes. On Title VII and employment discrimination:

I have seen a remarkable amount of commentary in the aftermath of the Supreme Court's decision in Bostock v. Clayton County arguing that the Supreme Court dealt religious liberty in America a serious, dangerous blow. Bostock, for those who don't follow SCOTUS case names closely, is the case that interpreted Title VII's prohibition against discrimination on the basis of "sex" to necessarily include sexual orientation and gender identity.

As I read piece after piece, I realized that many of the people writing about the impact on religious freedom simply didn't understand the law. A generation of Americans raised on breathless activist warnings about freedom's demise genuinely believe that religious organizations teeter on a dangerous precipice….

Religious employers have a right to impose religious litmus tests on their employees.

Title VII of the Civil Rights Act of 1964—the same statute at issue in Bostock—contains a provision specifically designed to protect the autonomy of religious organizations. It states, "This subchapter shall not apply … to the employment of individuals of a particular religion to perform work connected with the carrying on by such corporation, association, educational institution, or society of its activities."

It's true that this carveout does not allow the religious organization to discriminate on other grounds (such as race or sex), but it does allow them to filter out all applicants who do not share the group's faith. This has a profound impact on the relevant applicant pool and (along with the First Amendment) permits employers to require that applicants agree to the organization's statement of faith.

Religious employers are completely exempt from nondiscrimination statutes when hiring and firing "ministerial" employees. The ministerial exception may well be the key firewall protecting church from state. Put simply, and as defined by a unanimous Supreme Court in 2012, both the Free Exercise and Establishment clauses of the First Amendment work together to remove the state—including all nondiscrimination laws—from the ministerial selection process.

On Title IX, which bans sex discrimination in educational institutions:

Religious educational institutions enjoy a right to exempt themselves from Title IX. If there's a single question I've received more than any other, it's this: Does Bostock mean that religious schools will now have to alter policies regarding dorm rooms or sexual conduct to comply with federal prohibitions against sexual orientation and gender identity discrimination?

The short answer is no. The longer answer is nope, not unless they choose to be subject to Title IX…

To be clear, Bostock is an employment case (and thus the sections above apply to employment at religious schools), but one would expect that the definition of "sex" applied in Title VII would also extend to Title IX, thus preventing sexual orientation and gender identity discrimination in, for example, codes of conduct, dorm placements, and athletic programs. .

[T]his section shall not apply to an educational institution which is controlled by a religious organization if the application of this subsection would not be consistent with the religious tenets of such organization.

The exemption is not automatic. Schools have to choose to opt out (either proactively or in response to a Title IX complaint), and a number of religious schools have taken advantage of this provision. Many have not, but it is their choice, and that choice is plainly and clearly embedded in federal law.

French also covers a wide range of other issues, including discrimination against religious groups and organizations in access to public facilities, protections against employment discrimination targeting religious employees, and the extensive protection the Religious Freedom Restoration Act (RFRA) gives to religious freedom by mandating religious exceptions to many "generally applicable" federal laws. I would add that 21 states have enacted state RFRAs, which provide similar religious exemptions from state laws. Anyone interested in this topic should read French's article in full. In most areas, religious liberty today enjoys broader protection than at any time in American history.

The big exception to French's relatively optimistic conclusion is immigration law. Thanks to the Supreme Court's badly flawed ruling in the 2018 travel ban case, the federal government is allowed to engage in religion-based discrimination in immigration law that would be forbidden in virtually any other context. As I explained in this article, the evidence of unconstitutional discriminatory motivation in the travel ban case was substantially stronger than that presented in the Masterpiece Cakeshop decision, which the Supreme Court issued just a few weeks earlier. Yet the Court struck down the government action in the latter case, while upholding it in the former, because of the doctrine of special deference to the President and Congress on immigration policy. As a practical matter, this leaves the president and Congress free to engage in blatant religious discrimination against would-be immigrants, so long as there is even a thin veneer of a nondiscriminatory rationalization for their policy—even a transparently bogus one, as in the travel ban case itself.

This sad state of affairs is part of a more general pattern under which the Court has  largely exempted immigration restrictions from many of the constitutional constraints that apply to virtually every other exercise of federal power. People who care about religious freedom—and other constitutional rights—should work to change that.

The other reservation I have about the state of religious liberty is the pattern of ideological and partisan double standards that all too often surround the issue. Too many on the right care greatly about religious liberty when theologically conservative Christians are the ones in peril, but turn a blind eye (or worse) in the travel ban case, and other situations where the group that is threatened is one they have less sympathy with. On the left, many who were rightly outraged by Trump's travel ban have no such objections to Blaine Amendments that discriminate against religious schools, or recent state and local government policies that treat religious meetings and demonstrations far more harshly than secular protests that liberals have greater sympathy for. I criticized such double standards in greater detail here.

In the short and even medium term, such inconsistency is unlikely to undermine legal protection for religious liberty too much. But, in the long run, a society where most political activists and elites care about religious freedom only when it affects "their" side, is one where religious freedom necessarily rests on weaker foundations than it should.

I do not claim to be a paragon of virtue or consistency when it comes to religious liberty issues. But, for what it is worth, I was one of the relatively few people who argued that religious liberty claims deserved to prevail in both the travel ban case and also in Masterpiece Cakeshop (which involved a conservative Christian baker who refused to bake cakes for same-sex weddings) and the 2014 Hobby Lobby case (which involved a RFRA claim by a theologically conservative business owner who opposed contraception).

As an atheist, I do not share the religious beliefs of the Muslim targets of Trump's travel ban. And I have little sympathy for religious objections to same-sex marriage and contraception, both of which reflect attitudes I decry. But I still think it is essential to protect the liberty of those who hold such views. Just as freedom of speech famously requires freedom for "the thought that we hate," so too religious liberty must apply even to those religious beliefs we have little affinity for or even consider abhorrent.