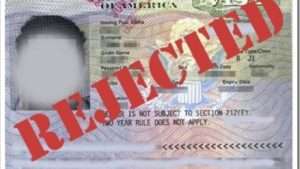 In an important decision issued last week, US District Judge Jeffrey White of the Northern District of California (a Republican George W. Bush appointee) ruled that President Trump's recent proclamation suspending nearly all entry of foreign workers on employment visas is illegal. The case was brought by a coalition of employer groups, including the US Chamber of Commerce, the National Association of Manufacturers, and others. I wrote about the issues at stake here:

Section 212(f) [of the Immigration and Nationality Act], codified as 8 USC Section 1182(f)… gives the president the power to bar entry into the US by any foreign national whom he deems to "detrimental to the interests of the United States." In Trump v. Hawaii, Chief Justice John Roberts' majority opinion interpreted this as giving the president the power to exclude almost any alien he wants, so long as he makes a finding that the person's presence is "detrimental to the interests" of the US. Under Roberts' logic, the president need not prove that supposed threat to US "interests" is real, and there is no limitation on what qualifies as a relevant "interest…."

The business groups argue there are some limitations on Section 212(f) even in the wake of Trump v. Hawaii. But if the plaintiffs do not prevail under the [Administrative Procedure Act], and cannot persuade the courts to adopt a more limited interpretation of Section 212(f), the case could come down to the nondelegation issue. That question was not addressed in Trump v. Hawaii, and thus could be used to limit the president's power without in any way overruling or limiting the scope of that decision…

Trump v. Hawaii did not consider the possibility that this view of Section 1182 violates the "nondelegation" doctrine: the principle that Congress cannot delegate sweeping lawmaking power to the executive. In last year's ruling in Gundy v. United States, both liberal and conservative justices indicated the real limits on that delegation of power. In a dissenting opinion joined by two other conservatives, Justice Neil Gorsuch emphasized that the Constitution does not allow the president to exercise "the power to adopt generally applicable rules of conduct governing future actions by private persons." Only Congress may do that. Justice Elena Kagan's plurality opinion for the Court held that Congress may not give the president "'unguided' and 'unchecked' authority" to determine the scope of a law, especially when violations carry criminal penalties. Trump's use of Section 1182 to impose a sweeping ban on immigration pretty obviously makes "generally applicable rules of conduct" for private parties—many millions of them…. Just as clearly, the idea that the president can exclude any potential immigrant for any reason, subject to the imposition of criminal penalties for violators, is a case of"'unguided' and 'unchecked' authority," if anything is.

Sure enough, Judge White's ruling is in large part based on nondelegation concerns:

Congress' delegation of authority in the immigration context under Section 1182(f) does not afford the President unbridled authority to set domestic policy regarding employment of nonimmigrant foreigners. Such a finding would render the President's Article II [foreign relations] powers all but superfluous….

Indeed, there must be some measure of constraint on Presidential authority in the domestic sphere in order not to render the executive an entirely monarchical power in the immigration context, an area within clear legislative prerogative. Such unrestricted authority would be contrary to Congress' explicit delegation of powers in foreign affairs and national security….

[T]he Court maintains that Defendants' contention that any finding [that the admission of visa holders is "detrimental" to US interests] is sufficient in this purely domestic context would constitute an unrestrained delegation of legislative power and would therefore be an invalid application of the statute. See, e.g., Whitman v. American Trucking Ass'ns, 531 U.S. 457, 474 (2001) (holding that where a statute provides no guidance for the exercise of discretion or that has "conferred authority to regulate an entire economy on the basis of no more precise a standard than stimulating the economy by assuring 'fair competition,'" such a statute must be stricken as invalid)…

Judge White argues that the visa ban at issue in this case is distinguishable from the travel ban upheld in the Trump v. Hawaii because the former deals with domestic "economic" issues, while the latter addresses foreign relations and national security, where nondelegation concerns are less significant. I am not sure this distinction fully works, since the national security concerns cited by the administration in Trump v. Hawaii were  bogus and pretextual.

If the supposed national security interests claimed in Trump v. Hawaii were nonetheless sufficient, then the administration should be able to cook up some equally dubious (but still sufficient) national security rationales for the employment visa ban. In addition, the Constitution nowhere grants the president sweeping power over migration for national security or foreign relations reasons either. As Judge White notes,  to the extent that the federal government has general power over immigration (which, at least under the original meaning is questionable), it is a legislative power, not an executive one.

The better way to distinguish Trump v. Hawaii is to simply point out that the Supreme Court's ruling in that case simply did not consider nondelegation issues. Thus, a lower court can use such concerns to narrow the scope of Section 1182(f) or even rule that provision unconstitutional without in any way contradicting Trump v. Hawaii. I discussed these issues in more detail here, here, and here.

Judge White also offers several purely statutory rationales for ruling against the administration in this case, most notably that their interpretation of the law "eviscerates" large portions of the Immigration and Nationality Act, which permit admission of various categories of workers. As he puts it, "The basic tenets of statutory construction require that a court reject an interpretation of a statute which renders entire portions of the remainder of the statute invalid." Judge White explains that the administration's claim that exclusion of these workers is needed to protect domestic labor from competition during the coronavirus crisis is at odds with the INA's preexisting legislative scheme for balancing business and labor interests:

[T]he Proclamation eviscerates whole categories of legislatively-created visa categories. Until, at a minimum, the end of the year, the Proclamation simply eliminates H-1B, H-2B, L-1, and J-1 visas and nullifies the statutes creating those visa categories. The Proclamation, by its explicit terms, rewrites the carefully delineated balance between protecting American workers and the need of American businesses to staff their operations with skilled, specialized, and temporary workers.

At least for now, I will leave these  statutory considerations to others with greater relevant expertise. Immigration law scholar Peter Margulies has a more detailed discussion of them at the Lawfare website.

Judge White's decision is only a ruling on a preliminary injunction, and thus not a final decision on the merits. But it leaves no doubt where the court comes down on the latter score. At least so long as the injunction holds, it halts implementation of Trump's visa suspension with respect to all the many employers involved in the lawsuit.

The administration will surely appeal the ruling. The case will likely end up in the US Court of Appeals for the Ninth Circuit, and perhaps even the Supreme Court. Unless Joe Biden wins the election and rescinds Trump's proclamation (which is very possible), this ruling is likely to be just the beginning of a prolonged legal battle. But it is nonetheless notable that Judge White—a Republican appointee—ruled against the administration on this important nondelegation/immigration issue. If his decision stands up on appeal, it will have major implications for both immigration law and nondelegation doctrine generally.