Reason is supported by:
Robert Fantini 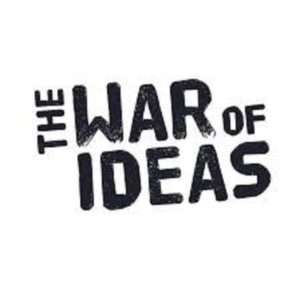 Over the last few days, several different friends, relatives, and members of the media from foreign countries have reached out at least in part to ask whether I am safe and well. One was even a high-ranking public official in his own country.

For the record, I'm happy to assure everyone that my family and I are safe and well, and that life in northern Virginia has been essentially normal these last few days (or at least as normal as it gets during the pandemic).

However, the fact these people thought they needed to inquire about my safety is just one of many indications of the severe damage the crisis caused by police abuses such as the death of George Floyd and resulting protests and riots have done to the image of the US across the world. Such queries are usually directed at people in the midst of natural disasters, or those visiting a dangerously unstable authoritarian state.

The harm to the standing of the US is even greater because these events come on the heels of several other blows to America's image, such as Trump's brutal family separation policy, multiple trade wars with allies, the badly flawed handling of the coronavirus pandemic, and so on.

Russian, Chinese, North Korean, and Iranian propagandists are having a field day:

Officials in Iran, mainland China, Russia, Venezuela, North Korean and the pro-Chinese government in Hong Kong have all called out U.S. President Donald Trump after he told state governors to "dominate" those protesting the death of George Floyd — something that he has criticized other nations for doing in the past. Trump has also claimed without evidence that the protests are illegitimate, and described the protesters as "terrorists," "thugs" and "lowlifes…"

Zhao Lijian, the spokesperson for China's Foreign Ministry, also called out the U.S. at a news conference in Beijing. He said the protests "once again reflect the racial discrimination in the U.S., the serious problems of police violent enforcement and the urgency of solving these problems."

Zhao, whose government has put more than 1 million Muslim-minority Uighur people in detention camps, urged the U.S. to "safeguard and guarantee the legal rights of ethnic minorities…"

Russia, which meddled in the 2016 U.S. election in part by exploiting movements like Black Lives Matter, also condemned the latest violence.

Even before the events of the last few months, surveys show that the US image in the world has declined since 2016, driven in large part by widespread revulsion at the Trump administration's policies on trade, immigration, and other issues. In most countries, Trump was viewed much less favorably than such brutal despots as the rulers of Russia China. During the 2016 campaign, Trump famously claimed that other nations were "laughing" at the US and that he would take steps to strengthen our position. Today, more and more of the world views us with derision, contempt, and revulsion - and foreign leaders are laughing at Trump more openly than with any of his recent predecessors.

In response, we can (correctly) point out that US police abuses are nowhere near as bad as the massive human rights violations practiced by Valdimir Putin's and Xi Jinping's regimes, that several European countries have higher pandemic death rates than we do, and that the US is a victim of double standards.

But at the end of the day, it is unavoidable  that the nation that seeks to lead the free world is going to be held to a higher standard than the Putins and Xis of the world. And we should work to meet those standards, rather than evade them. We can and should aspire to more than being not as bad as the likes of Russia and China.

America's position in the world does not depend only on "hard power," such as having a powerful military and a large and productive economy. It also critically depends  on "soft power" - the appeal of our ideas and our political and economic systems to the people of the world. Foreign governments - especially democracies - are more likely to cooperate with us if we have a favorable public image with their people.

As during the Cold War the US is engaged in a a war of ideas with authoritarian states, most notably China and Russia. Unlike during the Cold War, our current adversaries lack an ideology with broad, international appeal. Few people outside of these two countries are enthusiastic about Chinese or Russian nationalism, or about these two powers' authoritarian systems of government. Nonetheless, we are doing poorly in the war of ideas, largely through our own errors, rather than because of any great skill on the part of our  opponents.

During the Cold War, US leaders - including political conservatives - well understood the the importance of the war of ideas, and that winning it depended in significant part on the image America's domestic policies projected abroad. As legal historian Mary Dudziak recounts in her important book Cold War Civil Rights: Race and the Image of American Democracy, one of the reasons why the federal government began to support the Civil Rights Movement in the 1950s and 60s was the growing recognition that ending racial discrimination would boost the US image in the world and counter communist propaganda.

Even at its awful worst, American racial oppression in the twentieth century was not as bad as the horrific mass murders of communist states, or their repression and deportation of entire ethnic groups. But US leaders of the Cold War era knew that we could not prevail in the war of ideas merely by being less awful than the communists. We had to do a lot better than that.

As was the case during the Cold War, cleaning up our own house is a key element of winning the war of ideas internationally. There is much we can do to curb police abuses, reform cruel immigration policies, stop self-destructive trade wars, and address other issues that have damaged the US image in the world in recent years.

We should not necessarily reverse any and all policies that are unpopular abroad. But, as with desegregation during the Cold War, there are many ways for us to improve our image abroad by doing things that are also right in themselves and beneficial to US domestic policy. Such measures as curbing police misconduct and racial profiling, letting in refugees fleeing the oppression of our adversaries, and ending trade restrictions that damage our economy can benefit Americans at home at the same time as they strengthen our position in the world.

If we want to win the international war of ideas and thereby make our America's position in the world great again, we have to pay more attention to the ways in which what we do at home affects our position abroad. Right now, we're a long way from being able to say we're winning so much we can be sick and tired of all the winning.

Dallas Police Took $106,000 From a Traveler. They Haven't Explained Why.

Elon Musk: Government Is 'the Biggest Corporation, With a Monopoly on Violence, Where You Have No Recourse'

New York City's Bryant Park Was a Hot Mess. Then It Was Privatized.