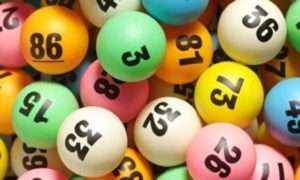 Some political theorists and others have long argued that we should at least partially replace conventional democratic elections with decision-making through "sortition"—using randomly selected groups of voters to either elect government officials or make at least some types of policy decisions directly. Recent controversies over election rules and the dangers of conventional voting during the coronavirus pandemic have bolstered this argument. Sortition can potentially obviate the risk of politicians manipulating election rules to their advantage, mitigate public health risks, and mitigate the dangers of widespread political ignorance.

In an insightful recent blog post at Balkinization, leading constitutional law scholar Sanford Levinson offers a qualified endorsement of the idea, and summarizes some of its advantages:

"Elections are the fossil fuel of politics."  This incendiary sentence comes from a fascinating book, Against Elections, by David van Reybrouck.  What he is attacking is what might be termed a certain kind of "fetishism" that views our standard reliance on certain forms of election as the one true way of selecting leaders in a "representative democracy….'

I read van Reybrouck to suggest, a la Jim Fishkin, whose work both he and I deeply admire and believe should have far more impact than it has had up to now, that the actual choice be determined by a process of genuine deliberation among a random sample of the American electorate, chosen in accordance with the most advanced methods by which Gallup and other respected pollsters do their own polling. The actual voters would be less likely to [be vulnerable] the objections raised by Ilya Somin and others about the palpable "ignorance" of many voters. If, for example, they that they were part of a carefully chosen (albeit random) group of, say, 2000 Americans, to pick the next president, and if in addition there were "hearings" at which the candidates would speak and be subject to careful cross-examination concerning their views, there is every reason to trust that the choice would be well within the "margins of error" that we in fact accept, albeit without giving any genuine thought to it in our "ordinary" election process.

Such an approach to elections would immediately obviate the kind of all-out partisan warfare now occurring in Wisconsin and, many people fear, that is on the horizon and Donald Trump and his GOP minions will do almost literally whatever they think it will take to hang on to power in November. It would also render close to irrelevant the role of big money at least following the nomination process. So what's the problem?

The idea of sortition is not a new one. It dates  all the way back to the origins of democracy in ancient Athens. The Athens used randomly selected groups of citizens to make some types of decisions, most notably in their Council of 500. In recent years, sortition has become more popular among scholars, in part because of dissatisfaction with the flaws of conventional elections.

As Sandy points out, sortition may be less vulnerable to the problem of manipulation of electoral rules for partisan advantage, which the GOP engages in, but Democrats are unlikely to be averse to when it benefits their interests. It can also make it easier to hold an election safely in the midst of a pandemic. It is much, much easier to provide safe voting facilities for a few thousand randomly selected voters, than for many millions.

Sandy also argues—in line with other supporters of sortition—that it can mitigate the problem of political ignorance. The major cause of widespread political ignorance is that it is rational for most voters to devote very little time and effort to acquiring information about government and public policy. If your only reason for following politics is to be a better voter, that turns out to not be much of an incentive at all, because there is so little chance that your vote will actually make a difference to the outcome of an election.  Most people understandably prefer to spend their time on activities that will actually make a difference.

Sortition can potentially overcome this problem, by creating decision-making bodies with a smaller number of voters. Each individual vote matters more, and thus voters have more incentive to learn about the issues and assess opposing arguments in an unbiased way. In addition, the selected group can, as Sandy notes, be required (or at least encouraged) to listen to presentations on issues by political leaders, experts, and others. That could increase their knowledge still further.

Despite these potential advantages, I remain skeptical that sortition can function nearly as well as advocates claim. It has significant weaknesses that are likely to come out of the woodwork when and if we try to use it on any large scale.

Sortition is unlikely to be immune to the kind of manipulation of voting and eligiblity rules that we see in ordinary election processes. just as state legislatures gerrymander and try to manipulate voting rules to their advantage, they would also be likely to do the same thing with the sampling methods used to pick the "representative" group selected for sortition. I think most pollsters try to be honest in their methodologies. But a GOP-controlled state legislature could certainly choose a pollster whose methodology skews in its favor (e.g. – Rassmussen), and the Democrats could do the opposite. The skew might be a product of honest methodological disagreement among polling experts, but could still make the "electorate" unrepresentative in various ways.

I am also skeptical that sortition could overcome political ignorance anywhere near as effectively as advocates claim. I outline the reasons why in this 2016 post, and in greater detail in Chapter 7 of the revised edition of my book Democracy and Political Ignorance: Why Smaller Government is Smarter. Here is an excerpt describing some of my reservations:

Unfortunately, sortition is not nearly as good a solution to the problem of political ignorance as it might initially seem. Unless the participants study for an extremely long time, they are unlikely to become knowledgeable about more than a small fraction of the many issues addressed by the modern state. Currently, government spending accounts for almost 40% GDP, and the government also regulates a bewildering array of activities…

Sortition systems are also vulnerable to manipulation in a variety of ways. The government could potentially skew the selection procedure in order to ensure that more of its supporters get selected. If, as in most proposals, the participants are expected to hear presentations about policy issues and engage in deliberation about them, there are many ways to bias the choice of presenters and the selection and framing of issues. A biased sortition process might well exacerbate the dangers of voter ignorance and irrationality rather than diminish them.

Even in the absence of such biases, sortition systems will face difficult trade-offs between representativeness and minimizing incentives for rational ignorance. If the group selected is small, rational ignorance is unlikely to be a problem, since each vote will have a high chance of decisiveness. But a small, randomly selected group can easily be unrepresentative [even in the absence of any bias in the selection process]…

Sandy himself raises another drawback: even if sortition is objectively superior to conventional elections, much of the public many not regard it as a truly legitimate expression of the will of "the people." No electoral system can be effective in the long run if a large part of the population rejects its results.

For these and other reasons, I am skeptical that sortition can work as well as in our time as it apparently did in ancient Athens, an example often cited by advocates. But I do not reject the idea entirely. But before seeing it used in high-stakes national and statewide elections, I would first like to see it tried by local governments, preferably ones that have relatively little corruption. If it is successful in that setting, the case for "scaling up" would be strengthened, though there would still be a long way to go before we could conclude that sortition should replace conventional elections on a large scale.

We already have sortition to a limited degree in the legal system, in the form of decision-making by juries. But the mixed record there suggests reasons for caution in attempting to use similar mechanisms to decide large-scale policy issues, as opposed to assessing individual civil and criminal cases.

Like Sandy Levinson, I agree we should not "fetishize" traditional elections. Elsewhere, I have argued to for empowering people to make more decisions by voting with their feet, instead of at the ballot box. But, while elections have serious flaws, so too does sortition. At this point, it is far from clear we can sort out the shortcomings of sortition well enough to make it clearly superior to traditional voting.