Currently, the courts are considering whether the Equal Rights Amendment has been ratified. These cases turn on two important questions. First, has the deadline passed to ratify the amendment? Recently, Justice Ginsburg suggested that the ratification deadline-- which appears in the resolution, not in the text of the amendment--has indeed passed. The Office of Legal Counsel agreed with this position. 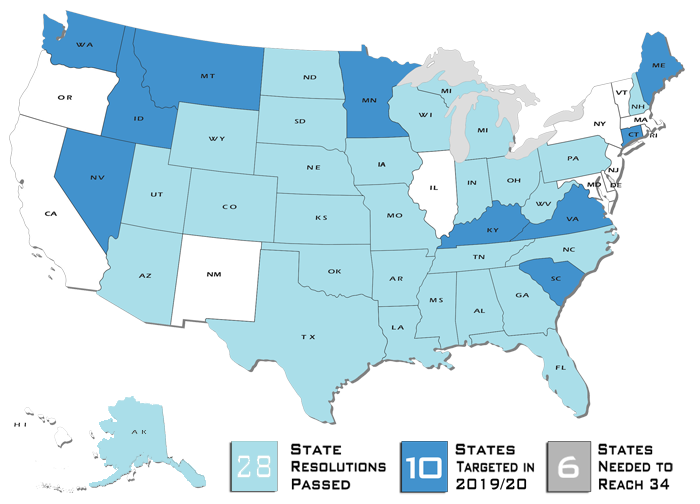 Under Virginia's theory, the rescissions are not valid. As a result, we would have (by my count) 36 states that have voted to call for a convention--two more than the requisite 34 states. If Virginia is correct, then Congress is required to call a new convention to consider the Balanced Budget Amendment.