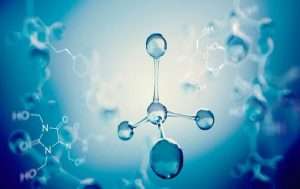 A recent study published in Nature Chemistry finds that 39 percent of respondents in eight European countries say they "agree" with the statement that  "I would like to live in a world where chemical substances don't exist." Another 39 percent say the "slightly agree" or "slightly disagree" with this statement. Similarly,  40% say "they do everything I can to avoid contact with chemical substances in my daily life."

As the study's authors - Swiss academics Michael Siegrist and Angela Bearth - point out, such "chemophobia reflects stunning scientific ignorance, because human life would be virtually impossible without chemicals. Indeed, pretty much everything we use or touch is a chemical or combination of chemicals. Even if we limit the definition of "chemicals" to artificially produced substances (as opposed to naturally occurring ones), most of the products of modern industry and agriculture routinely use such materials, and they are - on average - no more dangerous than "natural" substances are. If you truly do everything you can to avoid contact with chemical substances (even just artificial ones), you would probably have to return to a stone-age lifestyle. Siegrist and Bearth note that "many claim that they do everything they can to avoid chemical substances although they clearly — and most likely unknowingly — rely extensively on products, from food to cell phones, that would not be possible to manufacture without synthetic chemicals." If you're reading this post on a smartphone or on a laptop, you are using "chemical substances" right now!

It may be tempting to make fun of scientific illiteracy in Europe. But we Americans are in no position to judge. Surveys in the US routinely find similar ignorance in this country. For example, some 80% of Americans say they want mandatory labeling of food containing DNA, probably because they do not realize that nearly all food contains DNA, as indeed does every human body. A 2012 survey found that 1 in 4 Americans do not know that the Earth revolves around the sun, rather than vice versa.

Most of what I said about the US DNA survey also applies to the data on chemophobia in Europe:

Polls repeatedly show that much of the public is often ignorant of both basic scientific facts, and basic facts about government and public policy. Just before the 2014 elections, which determined control of Congress, only 38 percent realized that the Republicans controlled the House of Representatives before the election, and the same number knew that the Democrats control the Senate. The public's scientific knowledge isn't much better…. Issues like food labeling bring together political and scientific knowledge, and it is not surprising that public opinion on these subjects is very poorly informed…

It would be a mistake to assume that widespread political and scientific ignorance are the result of "the stupidity of the American voter," as Obamacare architect Jonathan Gruber put it. Political ignorance is not primarily the result of stupidity. For most people, it is a rational reaction to the enormous size and complexity of government and the reality that the chance that their vote will have an impact on electoral outcomes is extremely low. The same is true of much scientific ignorance. For many people, there is little benefit to understanding much about genetics or DNA. Most Americans can even go about their daily business perfectly well without knowing that the Earth revolves around the sun. Even the smartest people are inevitably ignorant of the vast majority of information out there. We all have to focus our time and energy on learning that information which is most likely to be instrumentally useful, or at least provide entertainment value. For large numbers of people, much basic political and scientific information doesn't make the cut.

As with the US survey result, the European one is not quite as bad as it looks. Many people can happily live their lives in blissful ignorance of basic chemistry. They can continue eat GMO and processed foods, use cell phones, and partake of many other wonders of modern technology in blissful ignorance of the fact that these products contain supposedly nefarious "chemical substances." If you don't know what DNA is or don't know that artificial chemicals infuse most of the items we use every day, when you see a term like "DNA" or "chemical substances" in a survey, you might assume that these things must must be dangerous, or at least should be viewed with suspicion. But, at the same time, you can still be a reasonably discerning consumer when it comes to specific products you are familiar with. Scientific ignorance should not be conflated with stupidity or irrationality.

But even though it may not have much negative effect on most people's daily-life choices, widespread scientific ignorance can have a dangerous impact on government policy, which can be influenced by ignorant public opinion:

Unfortunately, this is a case where individually rational behavior leads to potentially dangerous collective outcomes. While it doesn't much matter whether any individual voter is ignorant about science or public policy, when a majority (or even a large minority) of the electorate is ignorant in these ways, it can lead to the adoption of dangerous and counterproductive government policies. In this case, excessive and unnecessary warning labels on food products could confuse consumers, and divert their limited attention from real dangers.

Chemophobia of the sort documented in the European study can also lead to bans or restrictions on useful products. When activists or politicians run a PR campaign claiming that products that contain supposedly dubious "chemical substances" should be banned, people who don't understand basic science will often be susceptible to such manipulation and disinformation, even if the products in question are actually safer or better than "natural" ones. The European Union has in fact enacted a variety of dubious restrictions on GMO foods, despite the scientific consensus that they are no more dangerous than conventional ones.  Here, as elsewhere, voters have more incentive to be ignorant and to do a poor job of evaluating the information they do know when it comes to public policy issues than when it comes to making decisions in their daily lives.

NOTE: The full text of the Nature Chemistry article is only available in a gated version (though you can get access to it through most universities in the US, Europe, and elsewhere). But here is an ungated summary. Although the latter is by an advocacy organization, I have checked it against the original, and am able to confirm that the summary accurately conveys the main points of the original.

The Failed Campaign To Kill To Kill a Mockingbird

Jason Russell | From the August/September 2022 issue

Brickbat: Not What He's Getting Paid For

The Pandemic Home-Building Boom Is Over