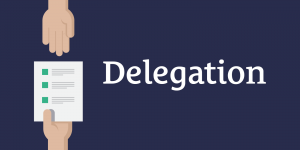 Today's Supreme Court decision in Gundy v. United States sets a troubling new precedent allowing Congress to delegate broad power to the executive over the scope of federal criminal law. In a powerful dissent joined by Chief Justice John Roberts and Clarence Thomas, Justice Neil Gorsuch argues that the ruling essentially allows Congress to "hand off to the nation's chief prosecutor the power to write his own criminal code." I fear that Gorsuch is right.

Gundy addresses the constitutionality of Section 20913(d) of the Sex Offender Registration Notification Act, which requires convicted sex offenders to sign up for a national registry, and imposes criminal sanctions on those who disobey. Section 20913(d) focuses on "pre-Act" offenders - those who committed their crimes before SORNA was enacted in 2006. The text seems to give the Attorney General virtually unlimited discretion to to decide which, if any, pre-Act offenders will be required to register. Here's what it says:

The Attorney General shall have the authority to specify the applicability of the requirements of this subchapter to sex offenders convicted before the en­actment of this chapter . . . and to prescribe rules for the registration of any such sex offenders and for other categories of sex offenders who are unable to comply with subsection (b).

The text does not impose any constraints on the AG's power to determine "applicability" or to "prescribe rules," for the registration of this category of offenders - which includes some 500,000 people. He can require all of them to register, some of them, or none. Nor does it impose any time limit. As Gorsuch puts it, "[t]he Attorney General may choose which pre-Act offenders to subject to the Act. And he is free to change his mind at any point or over the course of different political administrations."

The plurality opinion by Justice Elena Kagan recognizes that this law would be an unconstitutional delegation of legislative power to the executive if it gave the AG "plenary power to determine SORNA's applicability to pre-Act offenders." But she concludes that other parts of SORNA lead to the conclusion that the law actually requires the AG to impose the registration requirement on all pre-Act offenders "as soon as feasible."

For reasons Justice Gorsuch explains, this requirement is nowhere to be found in the actual text of the statute, and is inconsistent with the practices of attorneys general in all three administrations that held office since SORNA was enacted. "[T]he feasibility standard is," he points out, "a figment of the government's (very recent) imagination," adopted late in the course of the litigating this very case. Much more importantly, however, it doesn't actually impose any meaningful constraint on executive discretion:

A statute directing an agency to regulate private conduct to the extent "feasible" can have many possible meanings: It might refer to "technological" feasi­bility, "economic" feasibility, "administrative" feasibility, or even "political" feasibility. Such an "evasive standard" could threaten the separation of powers if it effectively allowed the agency to make the "important policy choices" that belong to Congress while frustrating "meaningful judicial review." And that seems exactly the case here, where the Attorney General is left free to make all the important policy decisions and it is difficult to see what standard a court might later use to judge whether he exceeded the bounds of the authority given to him.

Gorsuch is right again. Unless the statute gives some explanation of what kind of "feasibility" Congress has in mind, an "as soon as feasible" constraint turns out not to be much of a constraint a tall.

Gorsuch's opinion also offers an excellent explanation of why this kind of broad delegation - especially in the field of criminal law - is at odds with the text and original meaning of the Constitution, and deeply problematic from the standpoint of both separation of powers and protecting civil liberties.

Both the plurality and Gorsuch recognize that Supreme Court decisions since the 1930s have upheld a variety of other dubiously broad delegations. The relevant precedent requires only that there be an "intelligible principle" underlying a delegation of power, and the Court has interpreted that requirement in a highly permissive way. But never before has Court upheld such a broad delegation in the field of criminal law (as opposed to civil regulatory authority).

This result should trouble not only critics of  the "administrative state," but also civil libertarians concerned about giving the executive broad discretion to determine the scope of criminal law. I had hoped that at least some of the liberal justices might endorse the position advocated in an amicus brief filed by the American Civil Liberties Union, which argues that such broad delegation is permissible in the regulatory context, but unconstitutional in the field of criminal law. But sadly all four of them joined Kagan's opinion, thus giving it the status of a plurality opinion of the Court, in a case in which only eight justices participated, because Brett Kavanaugh had not yet been confirmed when the case was argued in October.

The rise of Donald Trump has helped reawaken some liberals to the threat that unconstrained executive power poses to civil liberties. Few such powers are more dangerous than the authority to  determine the scope of criminal law. Unfortunately, Justice Kagan and her colleagues don't seem to recognize the danger.

Justice Samuel Alito wrote a concurring opinion explaining that "[i]f a majority of this Court were willing to reconsider the approach we have taken for the past 84 years, I would support that effort. But because a majority is not willing to do that, it would be freakish to single out the provision at issue here for special treatment." As already noted, I think this law can be distinguished based on the extremely broad discretion it gives the AG in the criminal law context. But Alito's statement that he is willing to reconsider previous precedent does offer hope that Gundy might be overruled or at least limited in a future case (assuming Kavanaugh agrees).

Some conservatives and libertarians hoped and some liberals feared that a ruling against the government in Gundy (or a future decision reversing it) would seriously undermine the modern administrative state.  Gorsuch's dissent throws some cold water on these notions:

Nor would enforcing the Constitution's demands spell doom for what some call the "administrative state." The separation of powers does not prohibit any particular policy outcome, let alone dictate any conclusion about the proper size and scope of government. Instead, it is a procedural guarantee that requires Congress to assemble a social consensus before choosing our nation's course on policy questions like those implicated by SORNA. What is more, Congress is hardly bereft of options to accomplish all it might wish to achieve. It may always authorize executive branch officials to fill in even a large number of details, to find facts that trigger the generally applicable rule of conduct specified in a statute, or to exercise non-legislative powers. Congress can also commission agencies or other experts to study and recommend legislative language. Respecting the separation of powers forecloses no substantive outcomes. It only requires us to respect along the way one of the most vital of the procedural protections of individual liberty found in our Constitution.

I can imagine a non-delegation doctrine so restrictive that the modern regulatory state really would be severely constrained. But, as Gorsuch makes clear, the approach advocated by the Court's most conservative justices would not go anywhere near that far. It would, however, prevent Congress from giving the president the power to create new criminal laws and wide-ranging regulations without imposing any meaningful substantive constraints on their applicability.

Under this approach, we would still have an extensive administrative state that exercises broad powers. But some of its worst abuses would be curbed.

Last year's travel ban ruling highlighted a major blind spot of the Court's conservative justices: their willingness to set aside normal constitutional constraints on government power in cases that involve immigration restrictions. Gundy reveals a similar flaw in the jurisprudence of the four liberals: their devotion to delegation overrides their civil libertarian principles. That applies even to Ruth Bader Ginsburg and Sonia Sotomayor, who are particularly sensitive to civil liberties concerns in most other contexts.

It may well be just a pipe-dream. But someday I would like to see a Supreme Court justice who supports both Gorsuch's dissent in Gundy, and Sotomayor's powerful dissent in the travel ban case.  If that ever happens, the Supreme Court will truly be great again - or at least a lot closer to greatness than it is today.