How hard was it to crack the case that exonerated the man accused of raping Lovely Bones author Alice Sebold in 1981 when she was a college freshman in Syracuse?

For Tim Mucciante, the producer who was making a film version of Lucky, Sebold's book about the rape, "the miscarriage of justice seemed obvious," he writes in The Guardian. Sebold had identified a different man in a police lineup than the one she'd first identified, and the district attorney prosecuted the wrong person. But the film's production team assured him the book had been fact-checked, so he should chill out.

Mucciante did not chill out. He bristled at the director's suggestion that they change the race of the rapist from black to white, to avoid perpetuating stereotypes. That willingness to fudge basic facts unsettled him further. "I began to sense that portions of the book that dealt with the arrest and subsequent trial of her attacker were not credible," he wrote in another op-ed on the same topic, this one in The Los Angeles Times.

He stopped being involved with the production but still felt compelled to dig into the case. So a month later, he hired a private eye. Within two days, they had uncovered the name of the real person who had served 16 years in prison for Sebold's rape: former Marine Anthony Broadwater, now 61. (In the book, he was given a pseudonym.) Then, when Mucciante and the investigator got hold of the actual files, they discovered that the case never should have proceeded in the first place.

Sebold originally noticed Broadwater on a Syracuse street five months after the attack and became convinced that he was the man who had raped her. Misidentifying him in the lineup should have stopped the case in its tracks, but it didn't. The only other evidence against Broadwater was microscopic hair analysis—a forensic technique so fallible that the FBI admitted it was junk science in 2015.

Broadwater served 16 years behind bars. When he got out, he married but never wanted kids. He didn't want them growing up with a dad labeled a rapist on the sex offender registry. He lives today in a humble home and has subsisted on odd jobs. It has been 40 years since Sebold's rape, and he has always maintained his innocence.

For this American tragedy, Mucciante does not blame the 18-year-old Sebold. Rather, he blames "an unethical and unscrupulous assistant district attorney." He blames the whole justice system.

But he also has questions "about the 39-year-old Sebold who wrote Lucky." Before writing the book, she had the opportunity to look at a photo of the police lineup again. Wouldn't being confronted with the fact that she identified a man—number five—who looks different from Broadwater—number four—send a chill of doubt up her spine? And at that point, Mucciante wonders, wouldn't she have thought to ask for the case to be reexamined? 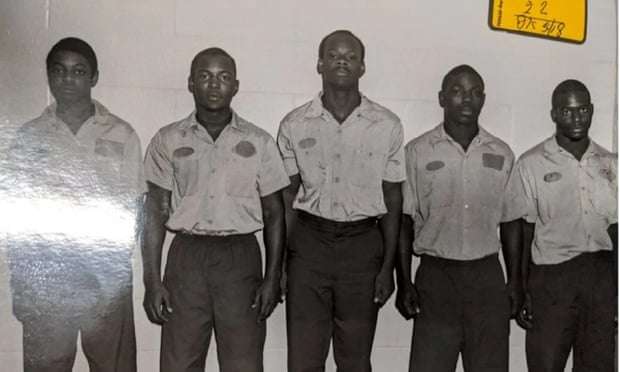 For her part, Sebold recently published an apology, writing:

"I will remain sorry for the rest of my life that while pursuing justice through the legal system, my own misfortune resulted in Mr. Broadwater's unfair conviction for which he has served not only 16 years behind bars but in ways that further serve to wound and stigmatize, nearly a full life sentence."

Broadwater has accepted her apology. "It comes sincerely from her heart," he said. "She knowingly admits what happened."

Then again, he and Mucciante are now producing a documentary about the case. It's called—what else?—Unlucky.