Box 8309 was just one of the hundreds of safe deposit boxes that ended up in the government's possession when federal agents raided a private vault in Beverly Hills, California, on March 22.

Federal agents took those boxes, as Reason previously reported, even though they did not have a warrant for them or their contents. The business that housed them, U.S. Private Vaults, is suspected of conspiracy to distribute drugs, launder money, and avoid mandatory deposit reporting requirements. But the unsealed warrant authorizing the raid of U.S. Private Vaults granted the FBI permission to seize only the business's computers, money counters, security cameras, and large steel frames that effectively act as bookshelves for the boxes themselves. Per FBI rules, however, the boxes could not be left unsecured in the vault after the raid had been completed, so agents had to take them into custody too.

In the days following the raid, federal agents were tasked with identifying the boxes' innocent owners so their valuables could be returned. This should have been a relatively straightforward process. It was not.

More than two months after the raid, Box 8309 (and its contents) is one of hundreds of safe deposit boxes that remain in FBI custody even though the owners have been charged with no crimes. The box is now at the center of a lawsuit filed last month in U.S. District Court.

But the story of what happened to Box 8309 after it entered FBI custody—a story told via screenshots from a video now entered as evidence in that lawsuit—should infuriate anyone who believes in constitutional limits on law enforcement. The screenshots, some of which are presented below after being obtained by Reason (see the rest here), show what attorneys representing Box 8309 and its owner say is an "illegal search" falling outside what was authorized by the warrant against U.S. Private Vaults.

There are a few things to keep in mind before we begin. First and foremost is the fact that the FBI's warrant for U.S. Private Vaults explicitly said it "does not authorize a criminal search or seizure of the contents of the safe-deposit boxes." Second, recall that the FBI did have a good reason for opening Box 8309 and the rest, as agents needed to find a way to identify the owners. The question, then, is whether federal agents went beyond what was necessary to identify the box's owner—and in the case of Box 8309, it certainly appears that they did.

In the first screenshot, an FBI agent tasked with identifying Box 8309's owner can be seen removing the box from the "nest" to open it. Notice the paper taped to the lid of the box, which will become significant in a moment. 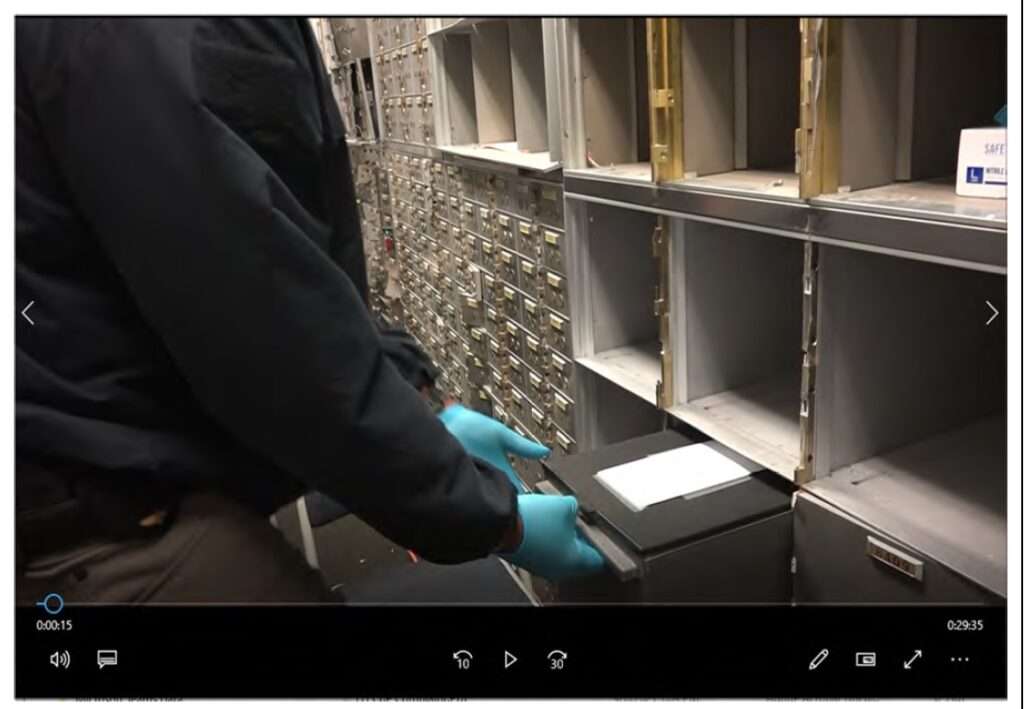 Next, the agent opens the letter taped to the top of the box, which contains all the necessary information to identify the box's owner—identified in legal filings as "Linda R.," an 80-year-old woman who had stored a significant portion of her retirement savings in Box 8309. That, too, will be significant later on. 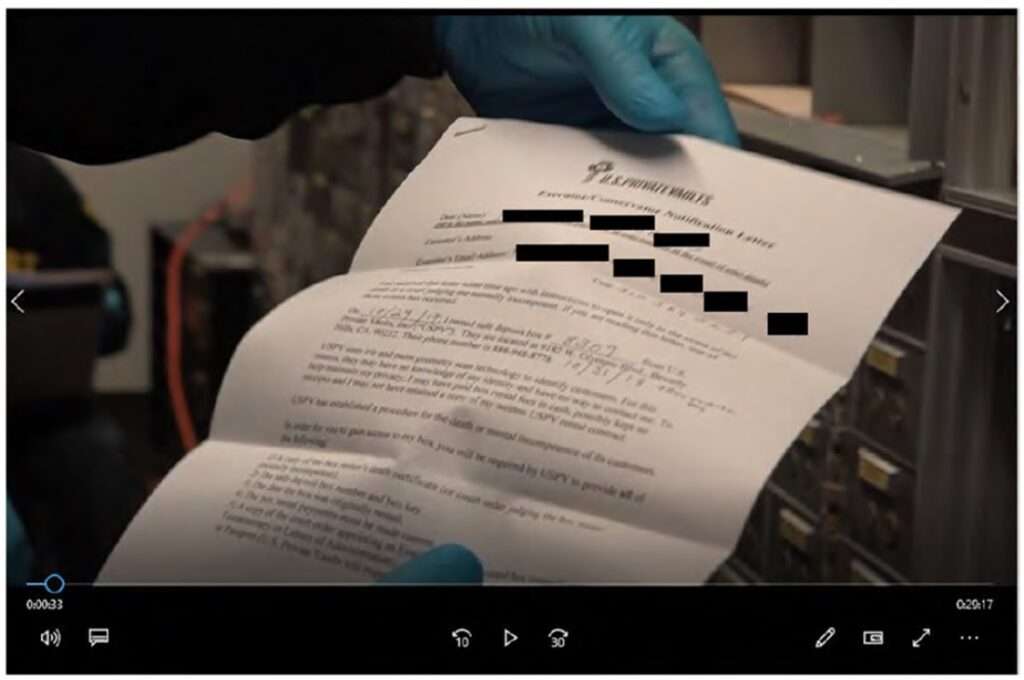 The documents taped to the lid of the box even include a copy of Linda R's driver's license. There can no longer be any doubt about the owner of the contents of Box 8309. 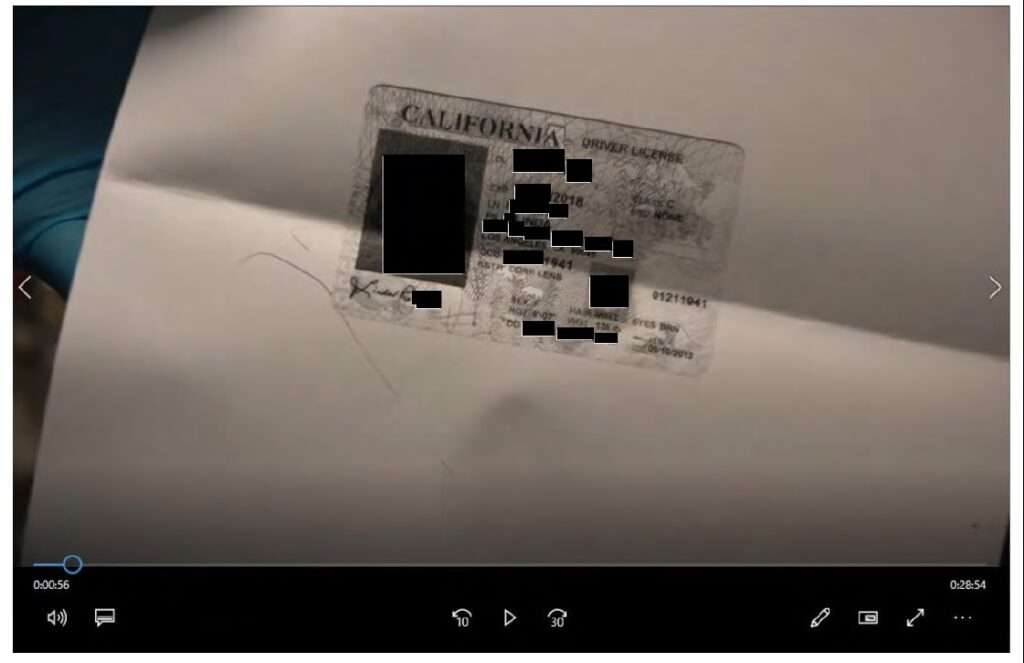 Still, the agent decides to pop open the lid and take a look inside… 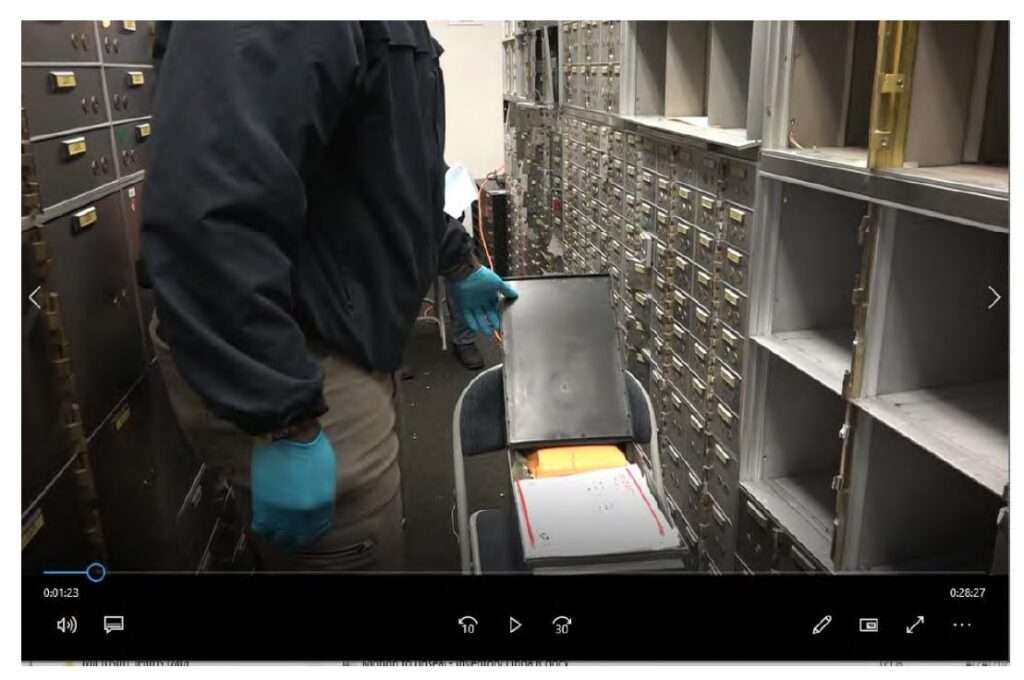 …and to tear open sealed envelopes found inside Box 8309. 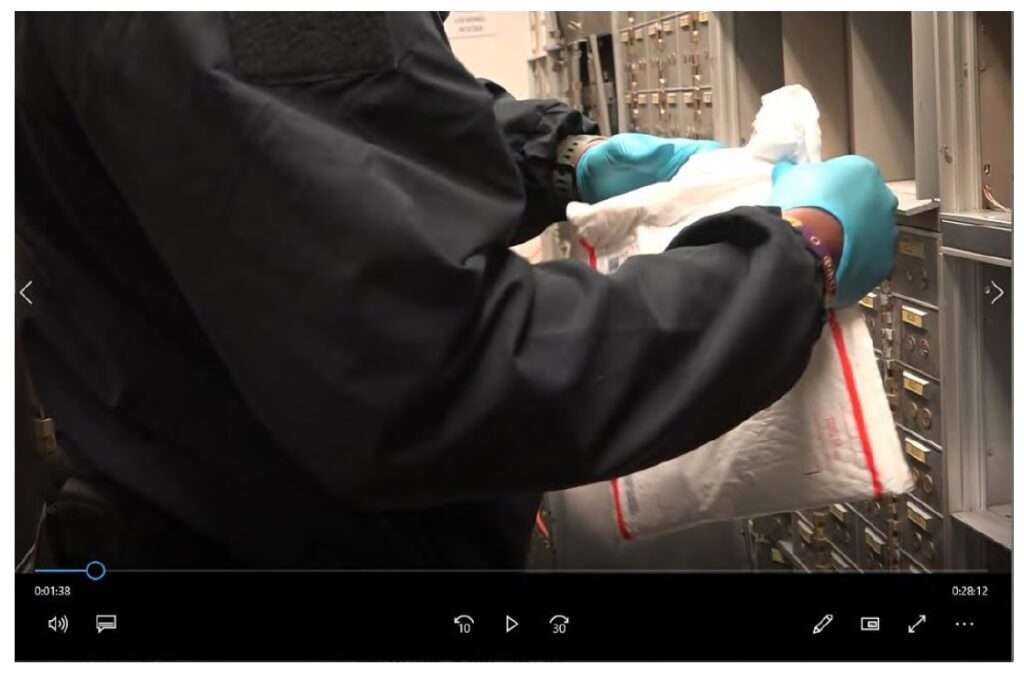 Again, keep in mind that the warrant that allowed the FBI to seize these boxes explicitly forbade federal agents from searching or seizing the contents of the safe deposit boxes stored at U.S. Private Vaults.

The agent keeps digging anyway, eventually tearing open a heavy-duty envelope that contains an unknown number of what appear to be gold coins. 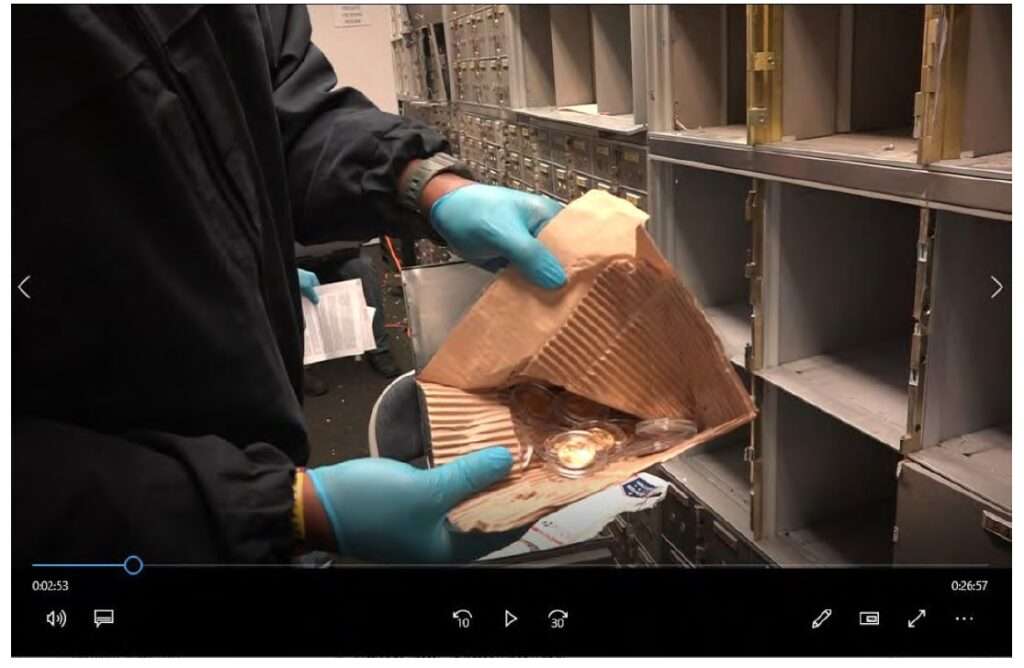 As the ransacking of Box 8309 continues, the video appears to show at least one of Linda's coins falling to the ground. According to an amended complaint filed last week, the search of the box "was conducted in such a shambolic and disorganized manner that it is no surprise that items were misplaced, lost, or worse." 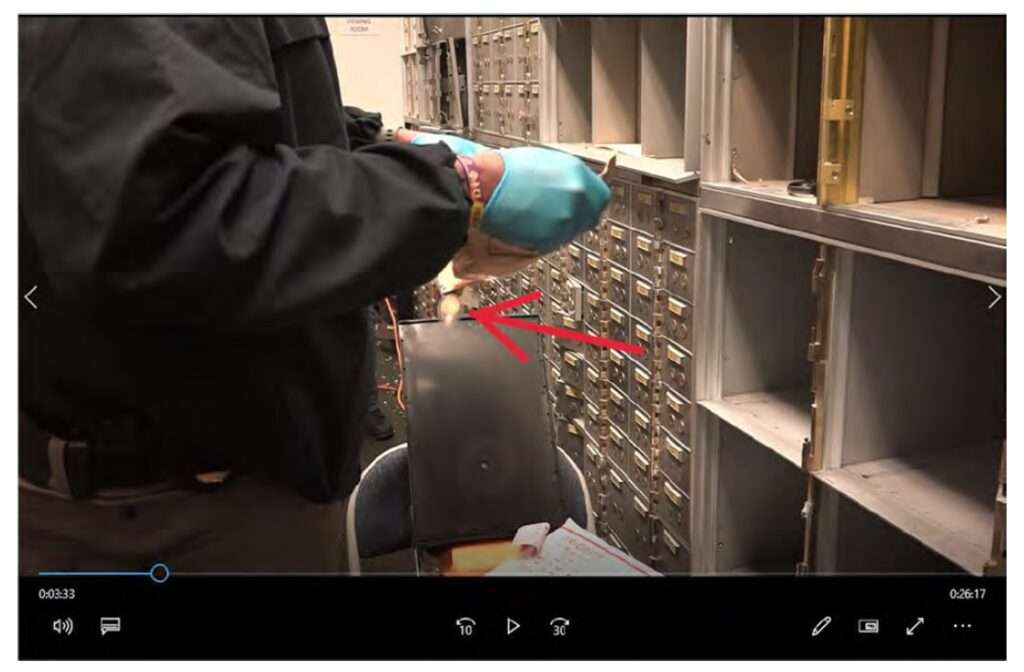 The agents continue digging through the box, opening sealed envelopes… 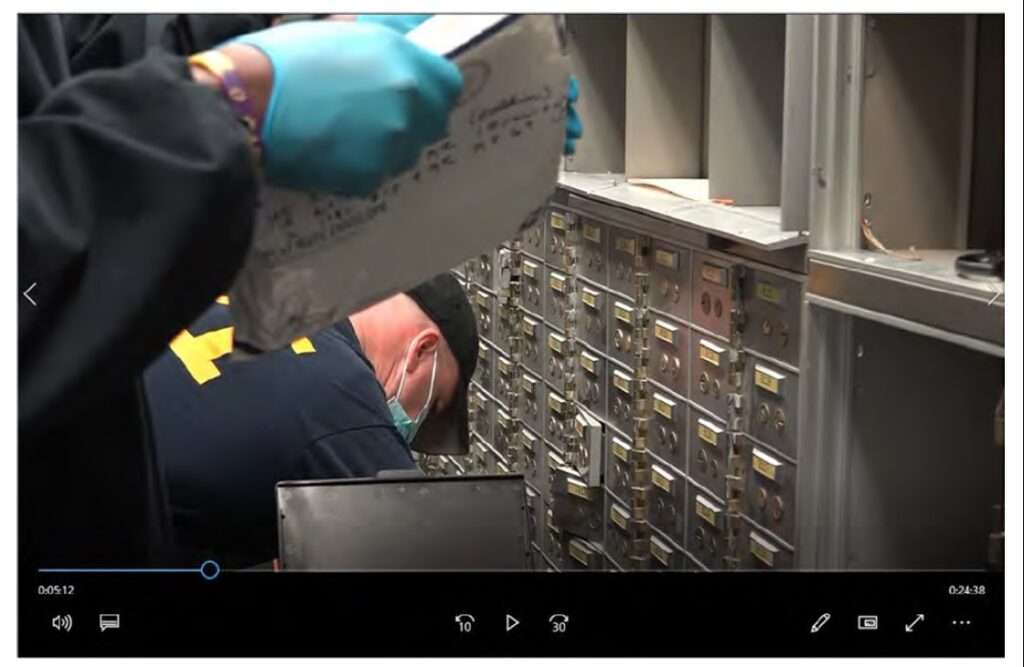 …and photographing their contents… 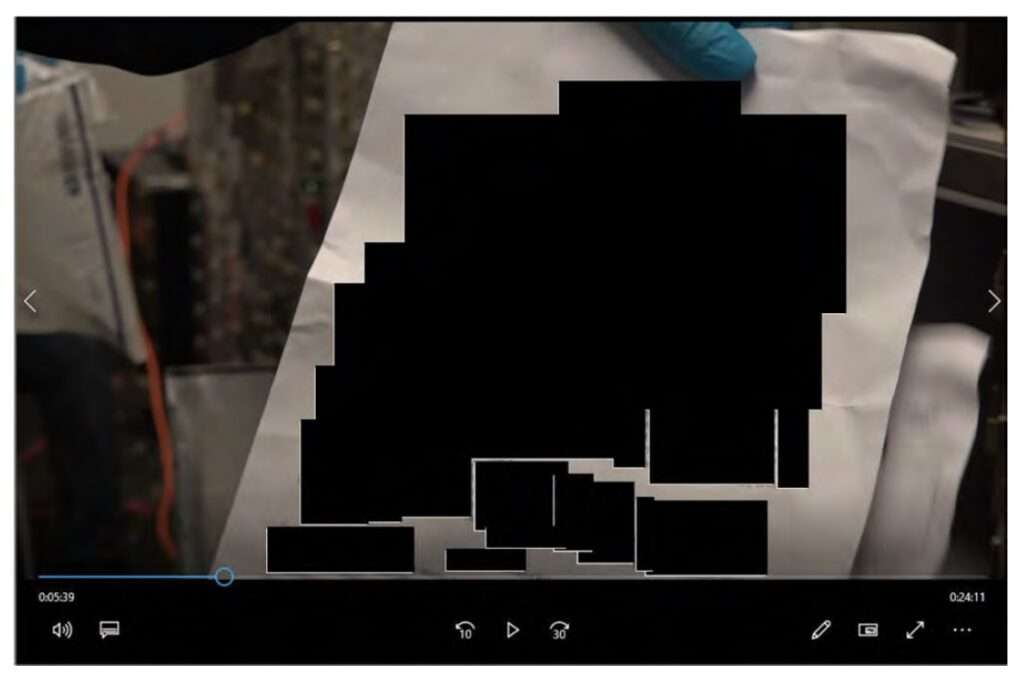 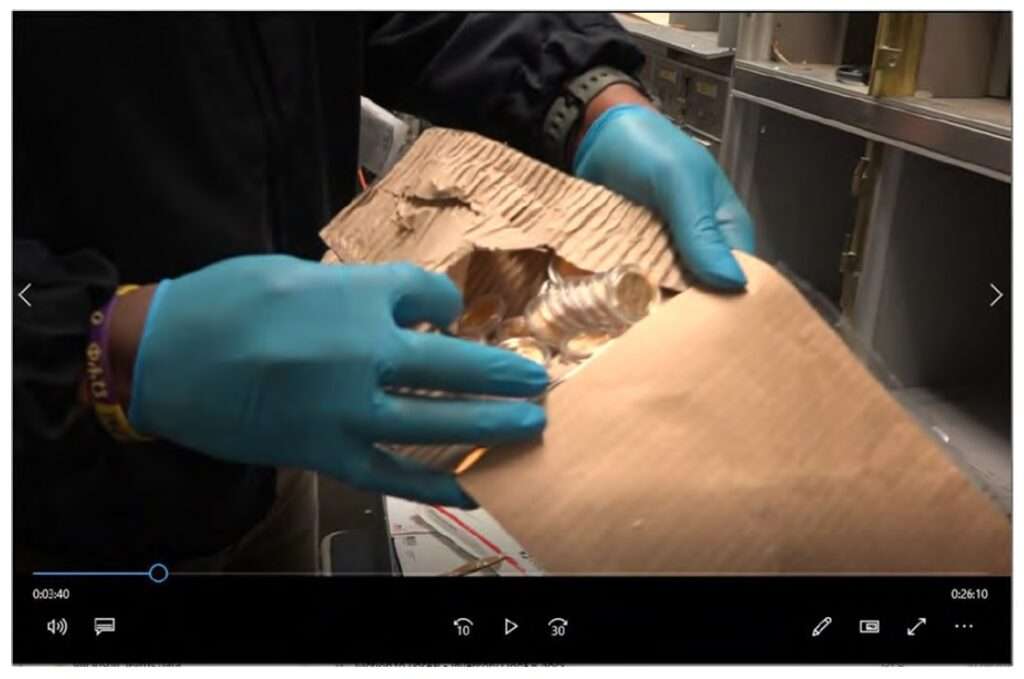 At some points, it's not clear what they are doing because they are out of the frame of the video. When it was all finished, the FBI's official documentation detailing the contents of Linda's box makes note only of "miscellaneous coins" without any specific amounts or other identification of the coins. In the lawsuit, Linda's attorneys argue that the FBI's search of Box 8309 resulted in up to $75,000 of valuable coins being misplaced—though it is difficult to know for sure due to what Linda's attorneys call "the chaotic and slapdash manner" in which the box was examined.

In separate legal filings, attorneys representing Linda and others caught up in the raid of U.S. Private Vaults argue that the FBI rifled through hundreds of safe deposit boxes so they could "use any information gleaned in the claims process in order to conduct criminal investigations."

Recent developments seem to suggest that's true, as the Department of Justice has filed forfeiture motions against more than 400 of the safe deposit boxes it seized from U.S. Private Vaults. In some cases, hundreds of thousands of dollars are being seized by the government despite no criminal charges being filed against the owners of the boxes. And, again, this is happening after the warrant for the raid at U.S. Private Vaults explicitly exempted the contents of the safe deposit boxes stored there.

In their own court filings, prosecutors allege that only "some" of the company's customers were "honest citizens," but contend that "the majority of the box-holders are criminals who used USPV's anonymity to hide their ill-gotten wealth."

But Box 8309 is not one of the boxes that the feds are now seeking to seize via the extremely circumspect forfeiture process. They're not alleging that the box's owner is suspected of committing a crime or that her gold coins are somehow evidence of ill-gotten wealth.

According to legal filings, attorneys representing Linda R. acknowledge that the government has promised to return her money.

But, they note, "it has refused to say how much it took, how much it will return, or exactly how long that will take. The government's apparent inability to locate and return the coins it seized from Dr. R does not inspire confidence in the smooth return of her money."