Back in the summer, some tentative research suggested that prior infections with the four coronaviruses associated with the common cold might confer some protection against the COVID-19 virus. Based on these findings, some scientists speculated that the threshold for COVID-19 herd immunity was low and could be soon reached. In other words, they thought the pandemic could be over sooner and ultimately be less lethal than many feared.

Unfortunately, a new study in the journal Cell suggests that hope was unfounded.

Herd immunity is the resistance to the spread of a contagious disease that results if a sufficiently high proportion of a population is immune to the illness. Some people are still susceptible, but they are surrounded by immune individuals who serve as a barrier, preventing the microbes from reaching them. Epidemiologists generally estimate that the COVID-19 threshold for herd immunity is around 70 to 90 percent.

It's now pretty clear that the herd immunity threshold could not be as low as some of those researchers hoped. Otherwise, the northern hemisphere would not have seen a winter surge in COVID-19 diagnoses, hospitalizations, and deaths: 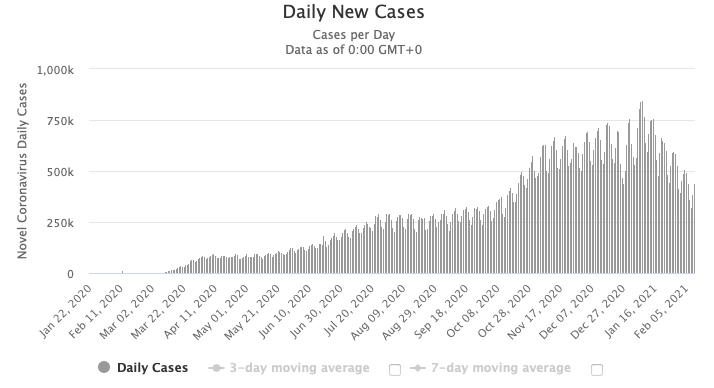 Now the Cell study undermines the hypothesis that prior infection with common cold coronaviruses provides a substantial protection against COVID-19 infection. University of Pennsylvania researcher Scott Hensley and his colleagues tested blood samples taken from people prior to the onset of the pandemic for antibodies to the common cold coronaviruses. These were then compared to two sets of post-pandemic samples: a control group, and a group whose samples were banked before the pandemic and who later went on to test positive for COVID-19.

The researchers found antibodies to the common cold coronaviruses in the more than 400 samples taken in 2017. The samples came from both adults and children, but the scientists focused on the children, because other researchers had suggested that children could be especially protected from COVID-19 infections because they catch colds more frequently. Another hypothesis was that the antibodies generated by prior common cold infections might protect people later infected with COVID-19 from severe illness.

In around 20 percent of both the pre-pandemic and post-pandemic samples, some common cold antibodies reacted to the COVID-19 virus. As a press release detailing the results points out, the similar proportions in the two groups imply "that they provided no protection against [COVID-19 virus] infection." Furthermore, the presence of pre-pandemic common cold antibodies that reacted with the COVID-19 virus did not correlate with less hospitalization, less ICU care, or other signs that the disease was less severe.

As the researchers note, it is still possible that other, longer-lasting forms of immunity, such as that conferred by the T-cells generated by common cold infections, might provide some measure of protection against subsequent COVID-19 infections.

So when might the U.S. reach herd immunity against COVID-19?

Data scientist Youyang Gu has laid out a path toward herd immunity calculating the combined effects of immunity acquired from infection and vaccinations. If there is no especially speedy ramp-up in vaccinations, and assuming a low threshold of 60 percent, he thinks herd immunity could be achieved by the middle of May.