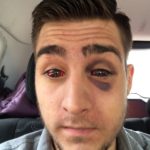 A Declassified Case Against Torture

Although a Defense Witness Says George Floyd's Death Should Not Have Been Deemed a Homicide, His Account Underlines Derek Chauvin's Culpability

The defense rested without calling Chauvin to the stand, and closing arguments are expected on Monday.