Republicans in Congress recently demanded that the Justice Department step up enforcement against online pornography, and their counterparts at conservative magazines and think tanks have been proclaiming porn's evils with renewed vigor, with right-wing intellectuals like Sohrab Ahmari and Terry Schilling writing anti-porn screeds.

Amberly Rothfield, a clip creator, adult marketing consultant, and phone sex operator, suggests that progress on marijuana legalization "means that politicians need to show they are strong on other issues, leaving us." Rothfield thinks the level of anti-porn sentiment in this country has stayed the same but the anti-porn crowd is "getting louder. Meaning, same amount of people but they are doubling down on those policies as other ground is being taken."

While no one would say that renewed obscenity convictions are around the corner, prosecutions aren't unimaginable.

"I think it's unlikely that there would be a conviction for obscenity," attorney D. Gill Sperlein said in an AVN session on the legal issues facing adult entertainment. But prosecutions are often "done for political gain," he added, and in that case "they don't care if they get a conviction or not." 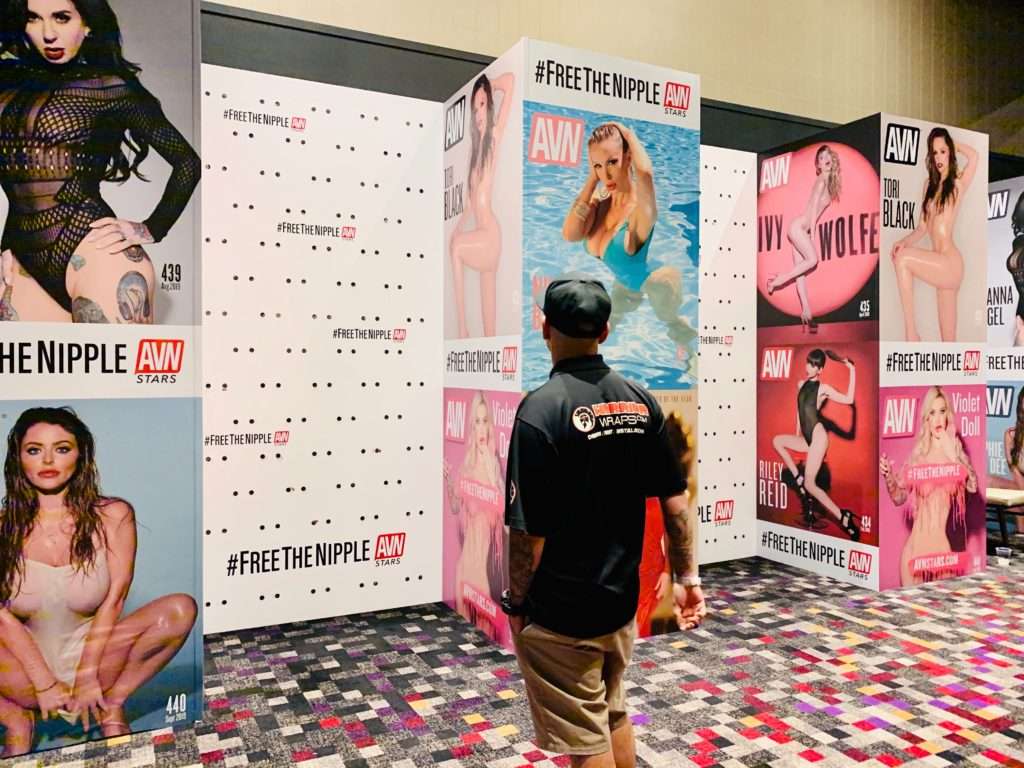 Does Anyone Really Know What Obscenity Is?

Wray is now director of the FBI. And Bill Barr, now attorney general, oversaw aggressive obscenity prosecutions during the first Bush administration. That may help explain why some conservatives think it's time to have a go at it again.

But adjusting can be hard with an administration as unpredictable as this one.

A film being shown in hotels owned by the president may be a pretty good sign it's not a violation of "community standards."

When I talk to him later, Stagliano agrees, suggesting that who winds up prosecuted is "more related to the disgust emotion" than rational analysis or public safety priorities. 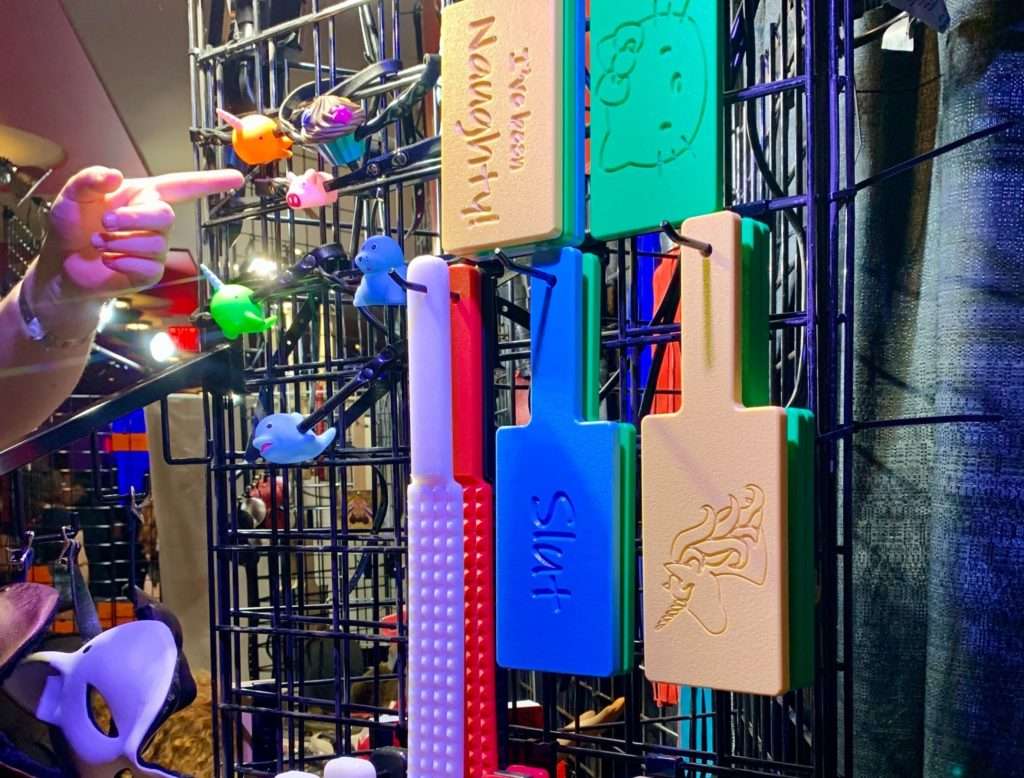 How FOSTA Paved the Way For Online Censorship

That includes laws like FOSTA (short for the Allow States and Victims to Fight Online Sex Trafficking Act). This 2018 law gives the government a new way to go after online content related to sex, by making it a federal crime to host web content that promotes or facilitates prostitution.

"FOSTA most definitely is designed to target, among other things, adult entertainment," Ward says. "It's censorship legislation," making digital platforms legally liable "for having content that is very vaguely defined and subject to the random whims and attitudes of officials."

Vagueness is one of FOSTA's big problems. It fails to differentiate between sex trafficking and prostitution. It fails to distinguish between conduct and speech. And it wraps the whole package in language so muddled and penalties so severe that web platforms have an incentive to crack down on all sorts of sexually-themed content.

"Even though I am not a full-service sex worker"—that is, someone who engages in sexual activity directly with private clients—"I have had to deal with the censorship that came along with FOSTA," says Allie Even Knox, a fetish performer who also works as vice president of sales at the Ethereum-based payment processor SpankChain. It's "limited me [in] services that I need to have for my business," such as email list management and photo storage, because many popular sites won't accept accounts related to sex.

Knox tells me her Instagram account has been shut down three times, even though she doesn't post nudes, and so has "every single cash app that you could imagine, and even a crypto wallet." 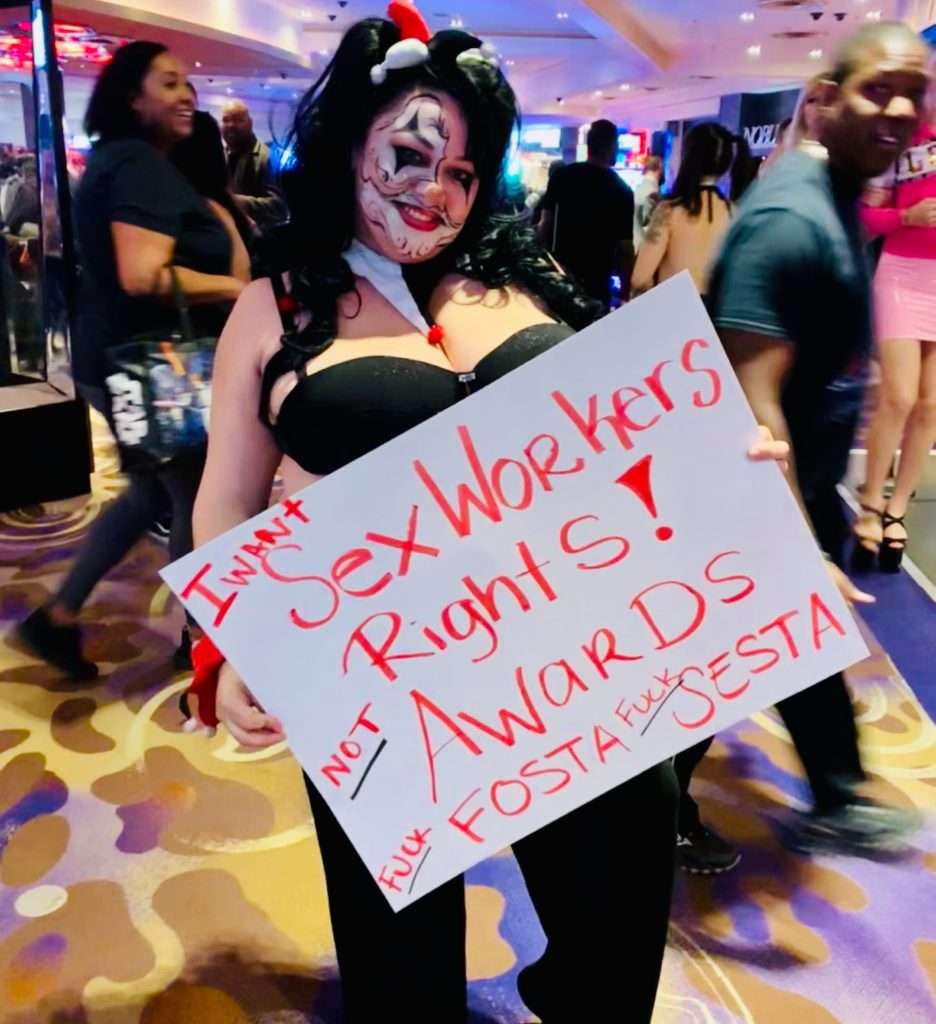 "Even though I was just accepting tips or tributes through the system, or selling panties or content, whatever, the platforms have taken a much tighter stance and will shut you down merrily for existing," she adds. "This bill has made it much harder for me to accept payment for my legal work."

On the night of the AVN Awards, as the guests of honor walked the red carpet, someone circled the periphery holding a sign that said "I want sex workers rights! Not awards" and, under that, "Fuck FOSTA. Fuck SESTA." (SESTA is the acronym for a similar bill that started in the Senate, and the bill that passed is often called SESTA-FOSTA.)

"We are all stigmatized as sex workers," says Bailey. "There are a lot of people here that told me that SESTA-FOSTA was the thing that got them to contact their senator or the first time, or got them to vote or pay attention to politics."

On the legal issue panel, Sperlein said he hopes prostitution decriminalization will follow the path of cannabis in the U.S. "People really do believe that the government shouldn't get involved in what people do in their personal lives," he says. "It may not be that easy, but I'm hoping that it follows that trend."

He's been working with a group of advocates and a California lawmaker to get a decriminalization bill—and research to back it up—ready for 2021. 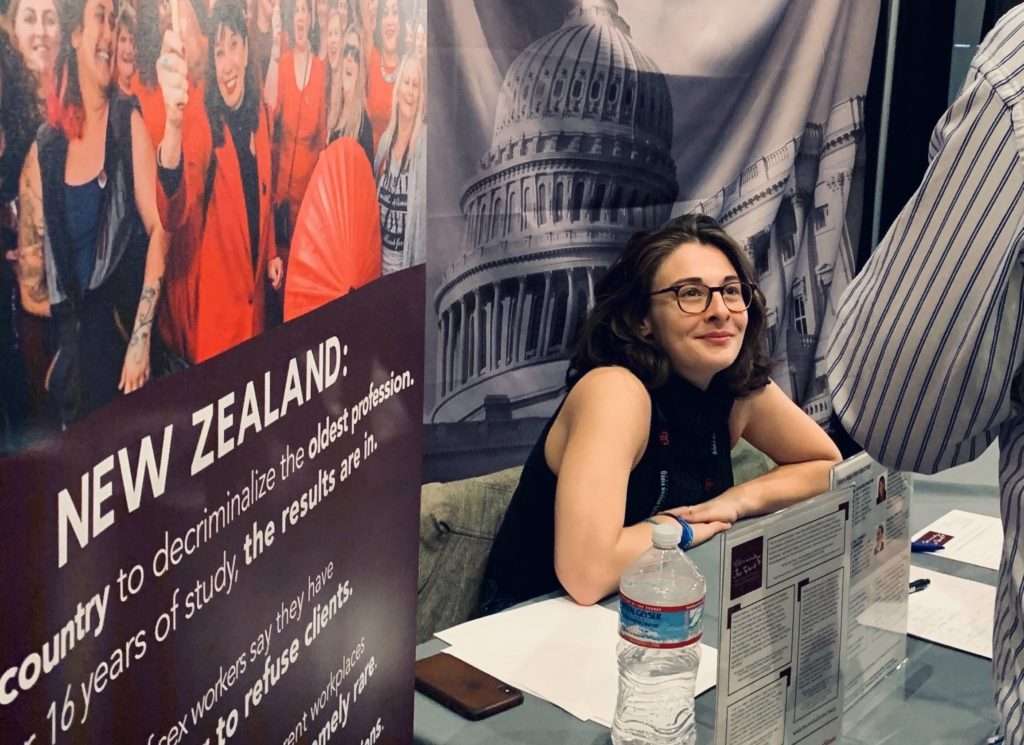 A.B. 5, and the copycat legislation it's spawning in other states, threatens that.

These laws are presented as ways to protect workers from being taken advantage of by companies who get a significant number of hours out of them without classifying them as full employees. But in practice, they take options away from freelancers, consultants, gig workers, and independent contractors, who are now limited in their options, while giving companies no incentive to suddenly hire all their contractors and incur huge additional costs.

A.B. 5 "could reclassify any performer working for a studio as that studio's employee, no matter how many different studios you shoot for," warned the Adult Performer Advocacy Committee and the Free Speech Coalition in pamphlets handed out at the AVN Expo.

Because A.B. 5 contains exemptions for business-to-business relationships, the groups suggest performers form their own corporations in order to continue to be allowed to be paid as an independent contractors. "Your employer would now have a contract with your corporation instead of with you as an individual," they explain.

Rothfield points out that "exceptions are being written in for cam performers and the like," but A.B. 5 "has made many adult sites feel they have to hire cam girls as employees to be compliant," which "leaves many part time cammers scared about their income." 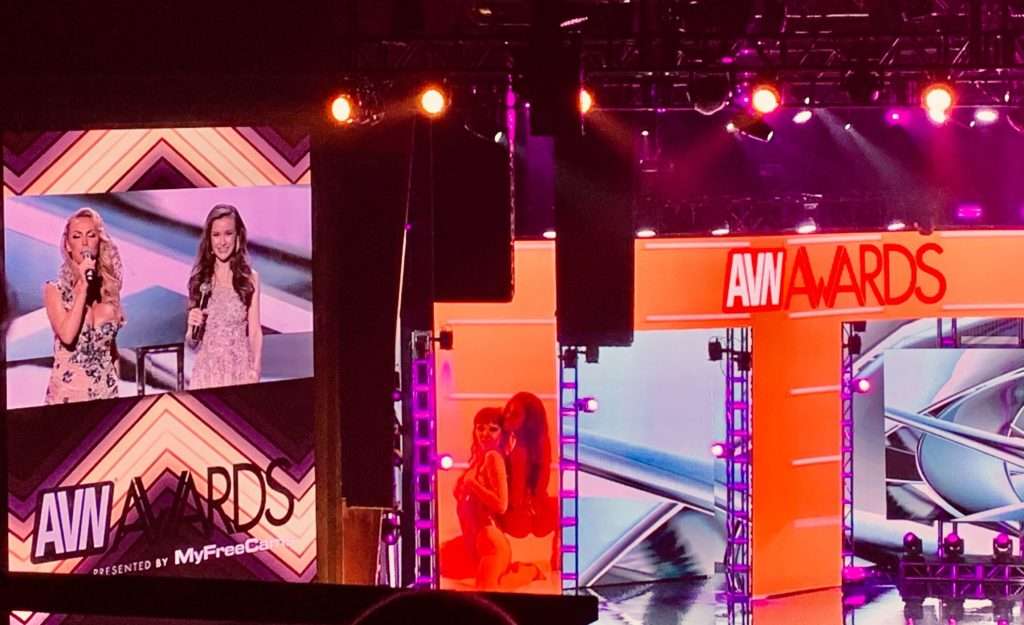 The Right to Look at Stronger, Crazier Stuff

Despite the current climate of panic and fear surrounding "sex trafficking" and, by extension, all forms of sex work, we've come a long way on this front from just a few decades ago.

As an example: When Good Vibrations founder Joani Blank first tried to place ads for the company in the 1980s, she could "not buy ads in most places," author and educator Carol Queen told a crowd at an AVN panel on sex tech. "She couldn't even in Playboy—Playboy rejected her ad. And then the same year, Ms. Magazine, the magazine of record for modern feminism, rejected it." Just "getting the word out" about anything related to sex was difficult, Queen said.

Adults should have "the right to choose to look at stronger, crazy stuff" if they wish, he adds.

Whether these rights persist depends on breaking down stigma, Rothfield argues. She hopes to see more people "come out of the 'new closet' and admit to being sex workers in the past and show politicians just how many of us are. Adding them to our numbers, I believe is the only way to ensure our rights do not get trampled on."

Voters Around the World Are Cooling on Populists, Gravitating Toward Technocrats