I haven't seen the new documentary Do Not Resist, but Radley Balko's review at The Washington Post makes it sound like a must-watch. According to Balko, the movie avoids the sort of footage that usually dominates discussions of abusive policing: You don't see anyone killed, you don't see anyone beaten, you don't see a SWAT team storming the wrong address. "What makes this movie so powerful," he writes, "is its terrifying portrayal of the mundanities of modern policing." 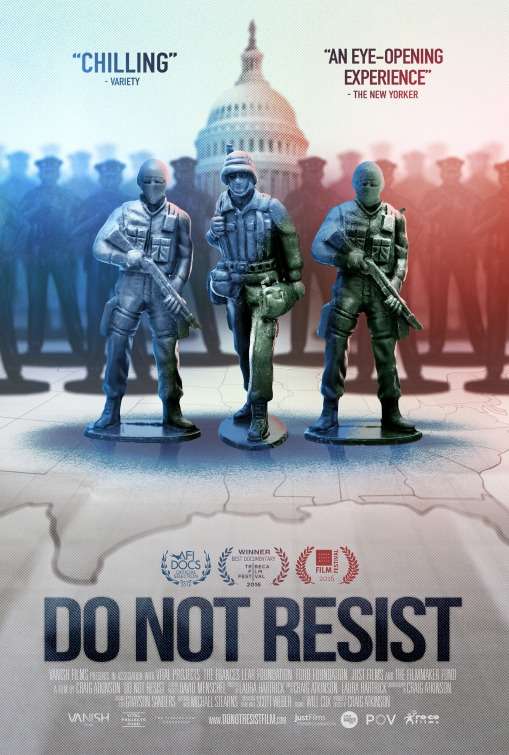 It's one thing to read about a "dynamic entry" drug raid in which the police mistakenly or intentionally kill someone, or in which someone mistakenly or intentionally kills a police officer. It's awful and tragic and unnecessary. "Do Not Resist" doesn't show one of those. It instead shows the sort of drug raid that's far more common. The movie depicts the raid from the beginning, as the officers from the Richland County Sheriff's Department tactical team are meeting to discuss strategy. Some are wearing T-shirts with the tactical team's logo. It's a human skull imposed over two crossed AR-15s.

There are no children at the residence, the lead officer assures his colleagues. (There were.) There would be a significant quantity of illegal drugs at the house, another says. (There weren't.) The tactical team then proceeds to raid the home of a black family in Richland County. Most officers storm the front door with their guns while one shatters some side windows as a distraction. Minutes go by. The officers' body language eventually shows signs of frustration as their search for contraband continues to come up empty. Finally, someone finds a book bag with traces of marijuana at the bottom—not enough to smoke, much less sell. They arrest a young black man with long braids for possession….

Instead, the officer confiscates the money under civil asset forfeiture laws.

The rest of the review is here, and a trailer is below: