Environmentalist Stewart Brand offers a look at the changing perception of urban slums in the British magazine Prospect. Rather than perpetuating poverty, people are beginning to see that cities offer the world's poor a chance to improve their lives: 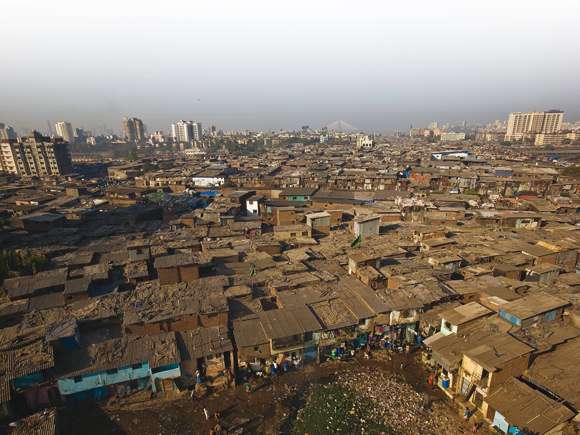 There are plenty more ideas to be discovered in the squatter cities of the developing world, the conurbations made up of people who do not legally occupy the land they live on—more commonly known as slums. One billion people live in these cities and, according to the UN, this number will double in the next 25 years. There are thousands of them and their mainly young populations test out new ideas unfettered by law or tradition. Alleyways in squatter cities, for example, are a dense interplay of retail and services—one-chair barbershops and three-seat bars interspersed with the clothes racks and fruit tables. …

The reversal of opinion about fast-growing cities, previously considered bad news, began with The Challenge of Slums, a 2003 UN-Habitat report. The book's optimism derived from its groundbreaking fieldwork: 37 case studies in slums worldwide. Instead of just compiling numbers and filtering them through theory, researchers hung out in the slums and talked to people. They came back with an unexpected observation: "Cities are so much more successful in promoting new forms of income generation, and it is so much cheaper to provide services in urban areas, that some experts have actually suggested that the only realistic poverty reduction strategy is to get as many people as possible to move to the city."

In the big picture, it doesn't much matter what experts think of the growth of slums. As long 60 million people a year continue to make the decision to seek a better life in urban areas, squatter cities will continue to grow. If there were much hope for a decent life in the countryside of impoverished countries, people would happily live there. Instead, they realize that if they want to make a decent living, heading to the city is their best bet.

Ronald Bailey reviewed Stewart Brand's Whole Earth Discipline: An Ecopragmatist Manifesto in the February 2010 issue of Reason. Update: For more on slums, check out Robert Nelson's review of Shadow Cities: A Billion Squatters, A New Urban World by Robert Neuwirth from the August/September 2005 issue of Reason.