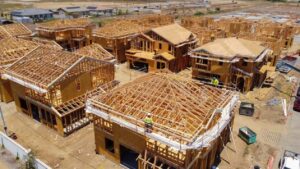 Both leftists and "national conservative" right-wingers have lamented declining job opportunities for the working class – particularly males, and proposed to revive their fortunes through a variety of subsidies and protectionist measures.  But my George Mason University colleague, economist Bryan Caplan points out a much better way to create millions of attractive new working class jobs:

My dear friend and colleague Don Boudreaux keeps arguing with national conservatives like Oren Cass who want to use industrial policy to revive American manufacturing…. The more I read these debates, the more convinced I am that both sides are overlooking common ground that reaches all the way to the horizon.

What common ground could that possibly be, you ask?

National conservatives yearn to help non-college domestic workers, especially men who feel out-of-place in the modern service economy. Like my dissertation advisor Anne Case and her Nobel laureate husband Angus Deaton, they plausibly attribute much of the opioid epidemic to the lack of meaningful work for non-college males.

Meanwhile, free-market economists have spent years talking about a big policy reform that would create millions of well-paid, meaningful jobs for non-college males: housing deregulation. While few give this reform the top priority that I do, almost every economist I know now recognizes that housing regulation has been strangling housing supply for decades, especially in the richest areas of the country….

[N]otice that there are already over ten million construction workers in America. That's only modestly below the nation's total manufacturing employment!

Upshot: We can credibly do everything national conservatives hope to do for America's non-college males via deregulation. Even modest relaxation of existing regs could swiftly create one or two million more well-paid working-class jobs. The radical housing deregulation I champion could easily double the size of the construction industry for decades.

Just imagine all the honest toil required to demolish those silly two-story homes in San Francisco and replace them with skyscrapers.

Unrealistic? Well, adding millions of construction jobs is vastly more realistic than adding millions of factory jobs. Even if you give Trump's protectionism 100% credit for all the manufacturing employment increase during his administration, that's only about 400,000 jobs total. And that's a crazy assumption because the growth rate was virtually the same during the last seven Obama years. …

The same is not true for construction, because this industry has been suffocated by regulation for the last half century. Instead of being near-satiated, we have massive pent-up demand. Americans hunger for cheap, spacious, homes in desirable locations. We have the technology to build these homes. We have millions of working-class males hoping for better jobs. All we lack is government permission to let them do the work.

While working-class men would be the most immediate beneficiaries of housing construction deregulation, women stand to reap benefits, as well. More and better employment opportunities for working-class men would obviously benefit their wives, daughters, and other female family members. In addition, they would  reduce crime and other social pathologies in working class communities, which would help women, as well as men.

Working and lower-middle class men and women alike could also have much to gain from expanded ability to vote with their feet and "move to opportunity," which would be created by breaking down exclusionary zoning and other barriers to new construction. As I have long argued, this is an underappreciated common interest of mostly Democratic poor minorities and the increasingly Republican white working class. Many in both groups would be able to move to places with better job and educational opportunities.

The nation as a whole would also benefit greatly from the resulting increase in innovation and growth. Even current homeowners in attractive areas – often seen as natural advocates of "NIMBY" resistance to new construction – can benefit, as well.

Overcoming opposition to housing deregulation will not be easy. But important progress has been made in recent years, in places like such as Oregon and California. And there is potential for much more. Leaders as varied as liberal California Gov. Gavin Newsom and Virginia GOP Governor Glenn Youngkin have begun to see the light on this issue. Hopefully, the trend will continue.