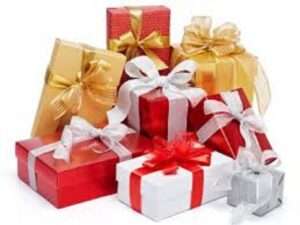 The latest VC-author book is David Bernstein's Classified: The Untold Story of Racial Classification in America. It's an indispensable overview of the history and evolution of the use of racial classifications in the modern US.

VC-ers also published two books last year: Randy Barnett's The Original Meaning of the Fourteenth Amendment: Its Letter and Spirit (coauthored with Evan Bernick) and the revised edition of own Free to Move: Foot Voting, Migration, and Political Freedom  which officially came out in early 2022). Barnett and Bernick's book is a major contribution to our understanding of what many consider the single most important amendment to the Constitution. It has already begun to reshape our understanding of the Fourteenth Amendment.

Jonathan Adler's edited volume Marijuana Federalism was published in 2020. It has everything you ever wanted to know about the relationship between federalism and pot, and includes contributions by leading scholars in several different disciplines.

Free to Move makes the case for expanding opportunities for people to "vote with their feet" in federal systems, the private sector, and through international migration. I describe key advantages of foot voting over conventional ballot box voting, and explain how breaking down barriers to foot voting can massively increase freedom and opportunity for millions of people around the world. The revised edition addresses several new issues, including arguments that migration must be constrained to prevent the spread of  dangerous diseases such as Covid-19, claims that immigrants might generate a political backlash that threatens democracy, and the impact of remote work on foot voting. As with the original edition, I am donating 50% of all royalties from the book to charities benefiting refugees, who - sadly - are in more need than ever in this difficult time.

Randy's book is one of the best recent works on originalism and constitutional legitimacy. It is relevant to ongoing debates over legal interpretation that are sure to heat up again as the Supreme Court considers several major cases in the near future. Rehabilitating Lochner explodes numerous myths about one of the Court's most reviled decisions, one that remains relevant to current debates over "judicial activism." Flagrant Conduct is a great account of a milestone in the history of gay rights. It provides useful historical context for the still-ongoing battles over same-sex marriage and related issues.

Jonathan Adler's edited volume is an excellent guide to the issue of whether the Supreme Court favors business interests, and how we might assess claims that it has a pro-business bias. Josh Blackman's two books provide valuable blow-by-blow accounts of the extensive litigation generated by the Affordable Care Act. Finally, Academic Legal Writing is filled with useful advice, while also somehow managing to make this generally unexciting topic interesting.

In the spirit of shameless self-promotion, I will also mention the expanded second edition of my own book Democracy and Political Ignorance: Why Smaller Government is Smarter. My most recent book before Free to Move was Eminent Domain: A Comparative Perspective, co-edited with Iljoong Kim and Hojun Lee. It analyzes the use and abuse of eminent domain in a variety of countries around the world.

My other books include The Grasping Hand: Kelo v. City of New London and the Limits of Eminent Domain, which is the first book by a legal scholar about one of the Supreme Court's most controversial modern decisions, and A Conspiracy Against Obamacare: The Volokh Conspiracy and the Health Care Case (coauthored with VC-ers Randy Barnett, Jonathan Adler, David Bernstein, Orin Kerr, and David Kopel). Conspiracy Against Obamacare focuses on the VC's significant role in the Obamacare litigation, and is the only book that includes contributions by six different VC bloggers. In 2016, the University of Chicago Press published an updated paperback edition of the The Grasping Hand.

I wish all our readers a happy holiday season!