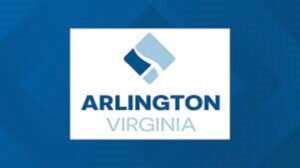 The Hill just published my article on the ongoing struggle over "missing middle" housing  in Arlington, Virginia, where I live. The issue exemplifies the broader national issue of exclusionary zoning:

The big issue in the November election in Arlington County in northern Virginia — where I live — is the county board's proposal to legalize the construction of  "missing middle" housing. Currently, some 80 percent of the county is zoned for single-family residences only. With housing demand booming over the last decade, the average price for a single-family home in Arlington has risen to some $1.2 million — unaffordable for most working and middle-class people. By abolishing single-family zoning restrictions, "missing middle" would greatly improve the situation, adding thousands of additional housing units to our stock. The fight over this issue is part of a broader nationwide struggle over affordable housing, property rights, and economic opportunity.

Arlington's housing crisis is microcosm of a broader national problem, under which zoning rules and other restrictions have priced millions of people out of areas where they could otherwise find valuable job and educational opportunities. As a result, we have greatly reduced the productivity of our economy. Economists estimate that U.S. Gross Domestic Product could be as much as 36 percent higher than it actually is if major metropolitan areas with severely restrictive zoning, in recent decades, had kept rules no more constraining than the national average….

Historically, restrictions like those currently in force in Arlington were often enacted for the specific purpose of keeping out Blacks and other non-whites. That's one reason why the Arlington NAACP supports Missing Middle…..

Sadly, opposition to zoning reform isn't limited to bigots or to any one side of the political spectrum. Former President Barack Obama recently decried "NIMBY [not in my back yard] attitudes" and "regulations" that "make it very difficult to integrate communities and allow people to live close to where they work." He emphasized that "[t]he most liberal communities in the country aren't that liberal when it comes to affordable housing."

Obama could have been referring to Arlington. The area is overwhelmingly liberal, with over 80 percent of voters supporting Biden in the 2020 election. "Black Lives Matter" signs are ubiquitous. Nonetheless, the county's zoning rules effectively price out most Blacks, and Missing Middle has stimulated a strong NIMBY backlash. The situation is a test of the community's progressive values. Do we really believe that Black lives matter — or do they only matter so long as not too many of them can move here? Do we really favor increasing opportunity for the disadvantaged, or not?

Libertarians, conservatives and others who value property rights, also have good reason to support zoning reform. In Arlington and many other jurisdictions, zoning rules are the most severe constraints on owners' traditional ability to use their land as they see fit….

Later in the article, I explain why current homeowners can also benefit from "missing middle" and other similar zoning reforms. I addressed that topic in greater detail here.