[I'm working on a draft article called When Are Lies Constitutionally Protected?, and I thought I'd serialize it here, since I still have plenty of time to improve it; I'd love to hear your thoughts on it! (You can also read the whole article here; all the posts about it will go into this thread.)]

Much of the concern about generally punishing lies during elections, though, stems from the broad range of lies that could be covered and the potential controversies about what is the truth and what is a factual claim and what is opinion. Narrower restrictions might pose fewer problems.

This is particularly so with regard to lies about the when, where, how, and who of elections: For instance, lies about when polls close, where one can vote, whether one can vote online, by mail, and the like, and who is eligible to vote.[1] These lies can generally be narrowly defined and tend to be easily verifiable; and many such lies are likely to happen shortly before the election,[2] when established alternative institutions—election officials, candidates, the media, and others—might not have the time to undo the effects of the lie.

To be sure, the distinction between such statements and political lies more broadly is not completely sharp. New York Times v. Sullivan the allegation about Rev. King having been arrested seven times by the police was also a narrow and easily verifiable claim, and yet that too was seen as categorically not punishable. Moreover, there will sometimes be controversy about whether a particular statement is an obvious joke, as with this meme, which is the foundation of a criminal prosecution:[3] 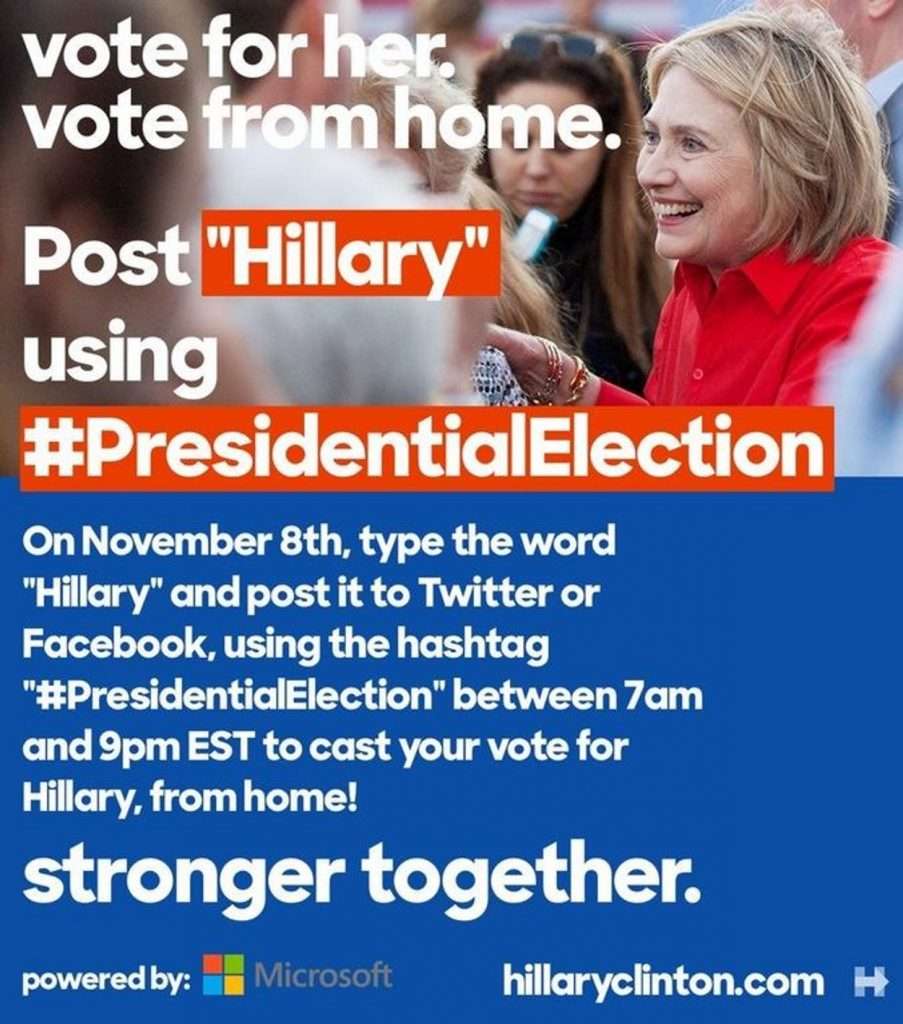 (This is similar to the disputes that often arise about whether an allegedly libelous statement is satire.[4]) And there may also be controversies about what the true meaning of an ambiguous statement might be.[5]

Tomorrow: Statements about science, government, and the like in specific libel or fraud lawsuits.

[1] Cf., e.g., Mo. Stats. § 115.631(26) (outlawing "Knowingly providing false information about election procedures for the purpose of preventing any person from going to the polls").

[2]  For instance, few dirty tricksters would even want to lie about the closing time of polling places a month before the election, since by election day people will likely have forgotten such details.

[5] See, e.g., Minnesota Voters Alliance v. Mansky, 138 S. Ct. 1876, 1889 n.4 (2018) (noting the state's argument that "Please I.D. Me" buttons could be banned at polling places "because the buttons were designed to confuse other voters about whether they needed photo identification to vote," even though literally "Please I.D. Me" doesn't state that photo identification is legally necessary, and in context appears to be a statement of support for voter identification requirements and not a reminder to election officials to comply with any supposedly existing rules). Consider, in the analogous context of laws banning false claims that one is an incumbent, see, e.g., Ore. Rev. Stats. Ann. § 260.550(1)—laws that are likewise potentially justifiable on the grounds that they deal with narrow and easily verifiable factual assertions—Mosee v. Clark, 453 P.2d 176 (Ore. 1969), in which an election was contested on the grounds that the slogan "Return a proven leader" was a false claim of incumbency. The court concluded that the statement was ambiguous, and therefore not false:

In this case, the slogan, 'Return a proven leader,' may have created the inference in the minds of some readers that Clark was an incumbent county officer of some kind, including, perhaps, Commissioner, Position No. 4. However, the slogan also may have caused other readers to draw the inference that Clark had in the past served in county government and had been a leader in government. Since Clark had been County Sheriff, there was no falsity in an inference that he was a veteran in government.

Id. at 87. But one can imagine a different court coming out differently, especially given the word "return."