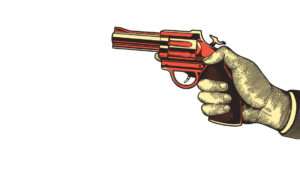 In his dissent to today's Supreme Court Second Amendment ruling in New York State Rifle and Pistol Association v. Bruen, Justice Stephen Breyer reiterates his longstanding argument that gun regulations deserve special deference from courts because guns endanger human life. He argues that the Court's decisions is wrong because it "severely burdens" States' efforts to "address some of the dangers of gun violence…. by passing laws that limit, in various ways, who may purchase, carry, or use firearms of different kinds." It isn't just that Breyer believes courts must take these "dangers" into account. He contends they justify near-total judicial deference in gun rights cases – deference far-reaching enough to uphold the New York law at issue in this case, which presumptively bans carrying of guns outside the home by nearly all law-abiding citizens, thereby effectively gutting the "bear" part of the right to "keep and bear arms."

My 2010 critique of Breyer's McDonald dissent is also applicable to his dissent today, and to similar arguments made by others. The Second Amendment is far from the only constitutional right that poses threats to human life, and may not even pose the greatest such threat. If potential threats to life justify near-total judicial deference, we would soon have few constitutional rights left:

In his dissent in McDonald,… Justice Breyer argues that gun rights deserve little or no judicial protection at least in part because they put lives at risk:

"Unlike other forms of substantive liberty, the carrying of arms for that purpose  [self-defense] often puts others' lives at risk…. And the use of arms for private self-defense does not warrant federal constitutional protection from  state regulation."

This argument ignores social science evidence suggesting that extreme gun bans like those of DC and Chicago cost at least as many innocent lives as they save. Still, gun rights probably do cause at least some deaths that might otherwise have been prevented.

In that respect, however, they are no different from numerous other constitutional rights. Justice Breyer's argument in McDonald is actually very similar to Justice Antonin Scalia's dissent in Boumediene v. Bush, where Scalia warned that giving habeas corpus rights to War on Terror detainees "will almost certainly cause more Americans to be killed." That argument didn't move Breyer, who voted with the majority to extend those rights. Similarly, the enforcement of Fourth Amendment rights and Fifth Amendment rights allows at least some violent criminals to escape punishment, which in turn leads to some number of murders that might otherwise have been prevented. Pro-lifers certainly argue that the right to abortion kills far more people and in a far more direct way than gun ownership does.

But the really big skeleton in this particular closet is freedom of speech. Political speech and organization by communists, Nazis, racists, radical Islamists, and others has led to vastly more preventable deaths than private ownership of handguns. If the Russian Provisional Government of 1917 had suppressed the Bolshevik Party…., millions of lives would have been saved. The same goes for the Weimar Republic and the Nazis. Closer to home, many black lives could potentially have been saved if the federal government had suppressed neo-Confederate and segregationist political speech in the South in the aftermath of the Civil War, thereby preventing "Redeemer" forces from regaining political power in the region and suppressing black rights.

One could argue that these other rights don't endanger lives as directly as guns do. Action, not speech or procedural rights, is what really kills people. Perhaps the life-threatening effects of procedural rights and political speech can be forestalled without restricting these rights themselves. However, one could say the same of guns. As the NRA famously puts it, guns don't kill people, people kill people.

Whether we are talking about guns, speech, or other rights, there are going to be cases where, as a practical matter, it is impossible to prevent death by measures short of restricting the right itself. For example, allowing Nazi speech in the Weimar Republic may have greatly increased the risk that the Nazis would come to power, by which point it was too late too prevent them from killing large numbers of people. Similarly, once free speech by Redeemers and ex-Confederates allowed them to seize control of southern states, it was politically impossible for the federal government to protect black rights against them – at least not without much greater violence than might have sufficed to prevent the Redeemers from organizing in the first place.

In making these comparisons, I do not mean to suggest that judges should allow severe restrictions on constitutional rights any time there is a plausible argument that doing so might save lives. To the contrary, I think judges should generally avoid doing so. The trade-off between lives and constitutional rights is one better made by the framers and ratifiers of the Constitution than by judges. Moreover, there are often risks to life on both sides. For example, gun ownership for self-defense purposes often prevents violent crime and thereby saves lives. Similarly, strong enforcement of the Fourth Amendment could sometime prevent abusive police behavior that itself endangers lives.

If we allow government to set aside constitutional rights whenever they "put… others' lives at risk," we soon won't have many constitutional rights left. I also object to Breyer's and Scalia's more selective invocation of risks to life in cases involving rights for which they have little sympathy, while simultaneously ignoring very similar considerations when the right at stake is one they value more highly…

Since I wrote the above, we have seen more examples of how other constitutional rights can create risks to human life. For example, anti-vaxxer speech might lead people to forego vaccinations that would save their lives. Bogus claims that the 2020 election was "stolen" from Donald Trump pretty obviously inspired the violence of January 6, 2021. Left-wing rhetorical excesses in response to the death of George Floyd might have helped inspire the riots of the summer of 2020. And this list could easily be extended.

Examples like the above have led some (wrongly, in my view) to call for government-imposed restrictions on political speech that spreads various types of "misinformation." But, even so, few advocate the kind of near-total deference to government speech regulations that Breyer defends in the case of guns. At the very least, government would have to meet a high burden of proof to show that the speech in question really is "misinformation," and really will have harmful effects that can only be prevented by censorship.

One can argue that guns inherently threaten life, while only a small percentage of exercises of free speech rights or criminal procedure rights do the same. But it is equally true that only a small percentage of gun owners ever use them to commit crimes. In all these situations, the case for regulation rests on the theory that we must restrict a wide range of people in order to forestall the relatively small minority who cause great harm.

Like most other constitutional rights, Second Amendment rights are not completely unlimited, and threats to public safety can potentially be weighed in considering whether  particular regulation should be upheld. Justice Clarence Thomas's majority opinion notes that a wide range of gun regulations are permissible under its reasoning, particularly "shall-issue regimes" – currently in force in 43 states "which often require applicants to undergo a background check or pass a firearms safety course, [and] are designed to ensure only that those bearing arms in the jurisdiction are, in fact, 'law-abiding, responsible citizens.'" This point is emphasized even more forcefully in Justice Kavanaugh's concurring opinion, joined by Chief Justice Roberts. Their concurrence is likely to be influential, because they are the key swing voters on this issue.

Thomas's opinion also holds that gun regulations are constitutional if they are "consistent with the Nation's historical tradition of firearm regulation." What counts as consistency with "historical tradition" is far from entirely clear. But among the factors noted by Thomas are whether the weapons in question are "dangerous and unusual" and whether they are being wielded in ways that create "terror." Still, the government will have to actually prove that the weapons in question really are "dangerous and unusual" or that the defendant has wielded his or her gun in a way that terrorizes. Mere assertion and conjecture should not be enough.

There is plenty of room for debate over whether Thomas' reasoning draws the line between constitutional and unconstitutional regulation in the right place. Here, I just want to make the more limited point that the mere fact that a constitutional right potentially threatens lives doesn't justify near-total judicial deference of the kind advocated by Breyer and others. If taken seriously, this theory would gut a wide range of constitutional rights.

Even if you reject Breyer's argument about threats to life, one can still argue for broad judicial deference on gun rights on the ground that the Second Amendment isn't an individual right at all, but merely a "collective right" of states to organize militias. Alternatively, you can argue that many types of guns simply are not the kind of "arms" protected by the Amendment. Whatever the merits of such arguments, they don't threaten to undermine a vast range of other constitutional rights. Breyer's theory, by contrast, does.

UPDATE: I have made a few additions to this post, including linking co-blogger Eugene Volokh's post summarizing the many types of gun regulations today's majority opinion permits.